Accessibility links
Thousands Feared Dead After Typhoon Haiyan : The Two-Way The vicious typhoon that raged through the center of the Philippines appears to have killed hundreds, if not thousands of people, and officials were reportedly struggling Sunday to distribute aid to survivors left homeless and destitute.

The vicious typhoon that raged through the center of the Philippines appears to have killed hundreds, if not thousands of people, and officials were reportedly struggling Sunday to distribute aid to survivors left homeless and destitute.

Deaths in the province of Leyte — mainly from drowning and collapsed buildings — could escalate to 10,000, the regional police chief told the AP. The administrator of the province capital, Tacloban, said the toll could climb that high in the city alone.

"The devastation is, I don't have the words for it," Interior Minister Mar Roxas told the AP after touring Tacloban on Saturday. "It's really horrific. It's a great human tragedy."

Typhoon Haiyan packed sustained winds of 147 mph as it hit the Philippines on Friday, with gusts up to 170 mph.

The official fatality count is still 229, but is certain to go exponentially higher. There "will be substantially more casualties" than the current figure, said President Benigno Aquino, who is to visit the devastated area today. "We are not prepared to say how much more at this point in time, because that is also being collated," The New York Times reported.

The storm weakened Sunday to 101 mph with gusts of 170 mph as it sped toward Vietnam, where it is expected to land by Monday morning. More than half a million people have been evacuated there.

In the Philippines, eyewitnesses reported storm surges as high as trees and winds that sounded like roar of jet engines. A BBC correspondent said looting was widespread as the area was left without food, clean water and electricity.

Hundreds are crowding the Tacloban airport, which was mostly flattened and left a muddy wasteland by the ferocious winds, trying to find flights out of the region, the BBC reported.

"The rescue operation is ongoing. We expect a very high number of fatalities as well as injured," Roxas told the AP. "All systems, all vestiges of modern living — communications, power, water — all are down. Media is down, so there is no way to communicate with the people in a mass sort of way."

Haiyan is the third Category 5 typhoon to hit the Philippines since 2010, meteorologist Jeff Masters of the Weather Underground told USA Today.
As meteorologists collect and analyze data from Haiyan, they could conclude it was the strongest cyclone ever at landfall, according to Accuweather.com.

A hot zone for natural calamities, the island nation may be slammed with more misery later this week. Accuweather is tracking a tropical disturbance which may evolve into a tropical storm and is expected to land midweek, bringing heavy rains and disrupting recovery efforts. 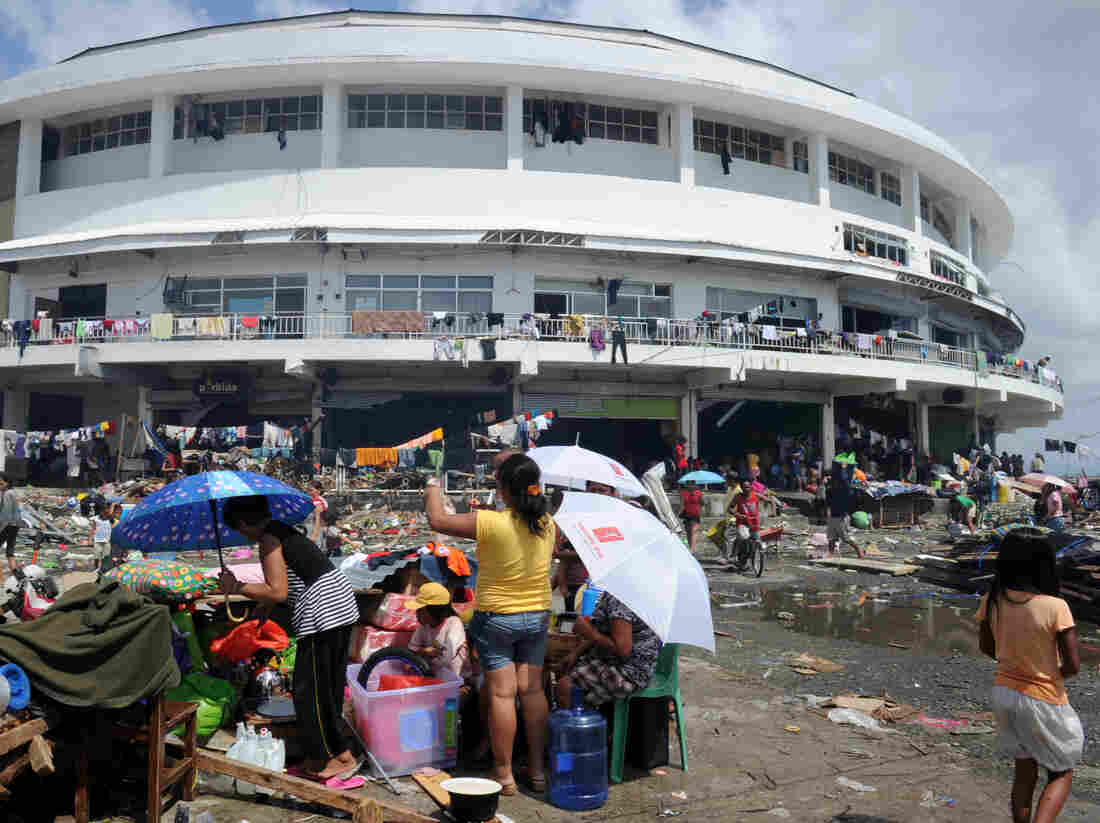 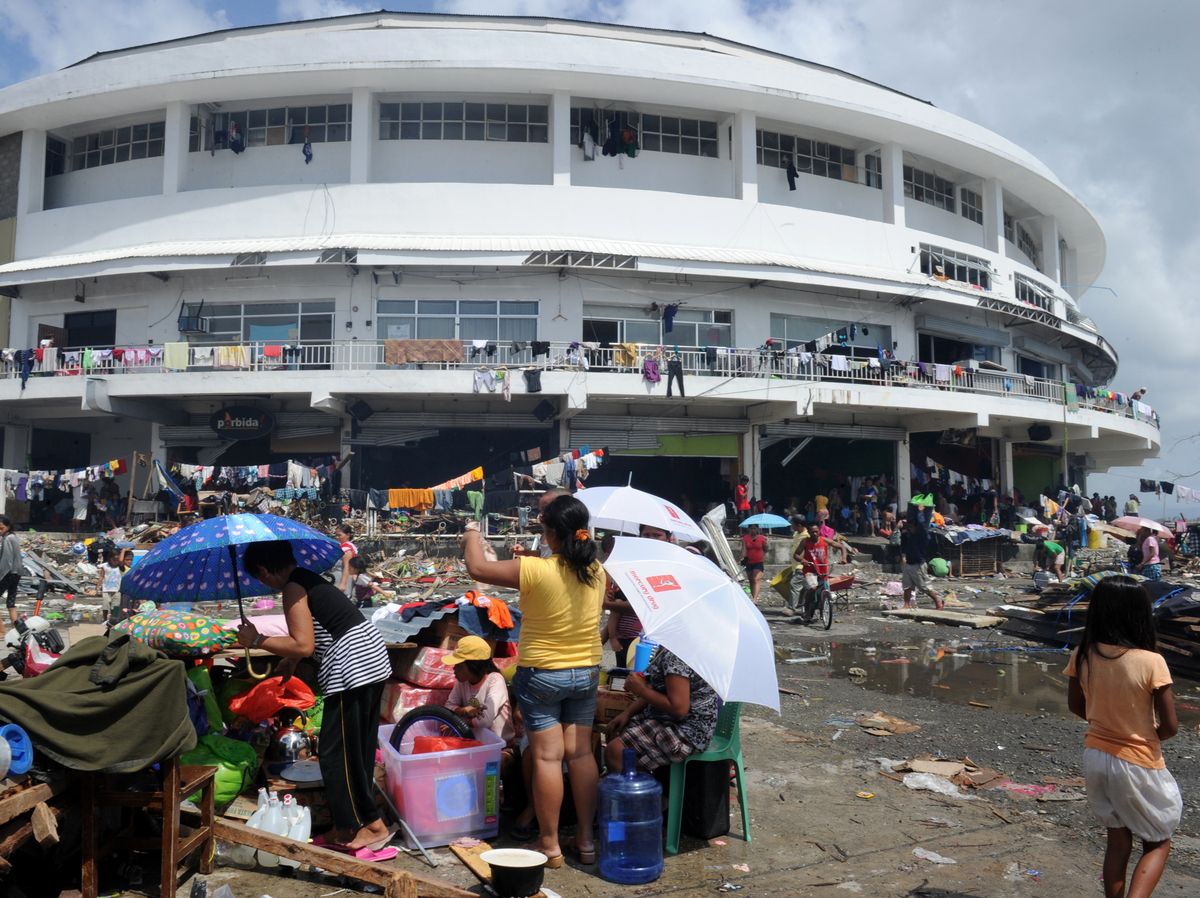 Residents rest outside a stadium used as an evacuation center in Tacloban, Leyte province, central Philippines on Sunday after devastating Typhoon Haiyan hit the city on Friday.