Accessibility links
How About A Coke? Warhol Painting Up For Grabs : The Two-Way Artist Andy Warhol's iconic black-and-white painting of a Coke bottle hits the auction block at Christie's on Tuesday. It is expected to sell for more than $40 million.

How About A Coke? Warhol Painting Up For Grabs

How About A Coke? Warhol Painting Up For Grabs 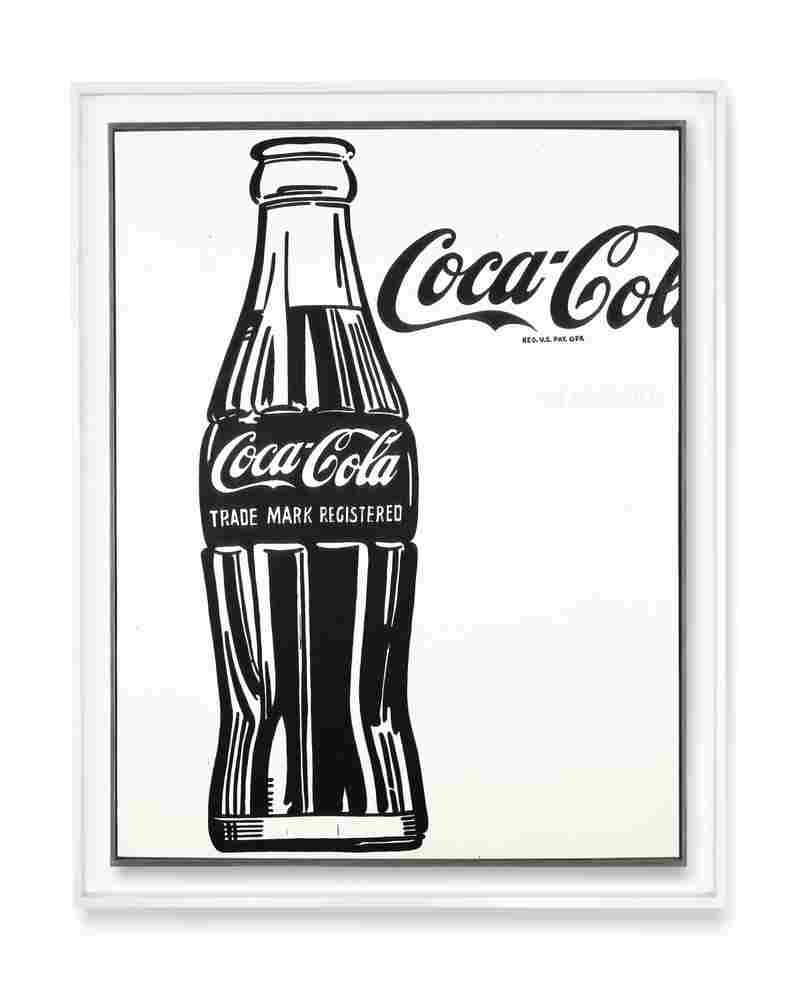 Coca-Cola (3) was one of many of Warhol's pop art pieces, which celebrated popular culture and consumerism in post-World War II America. Courtesy of Christie's hide caption 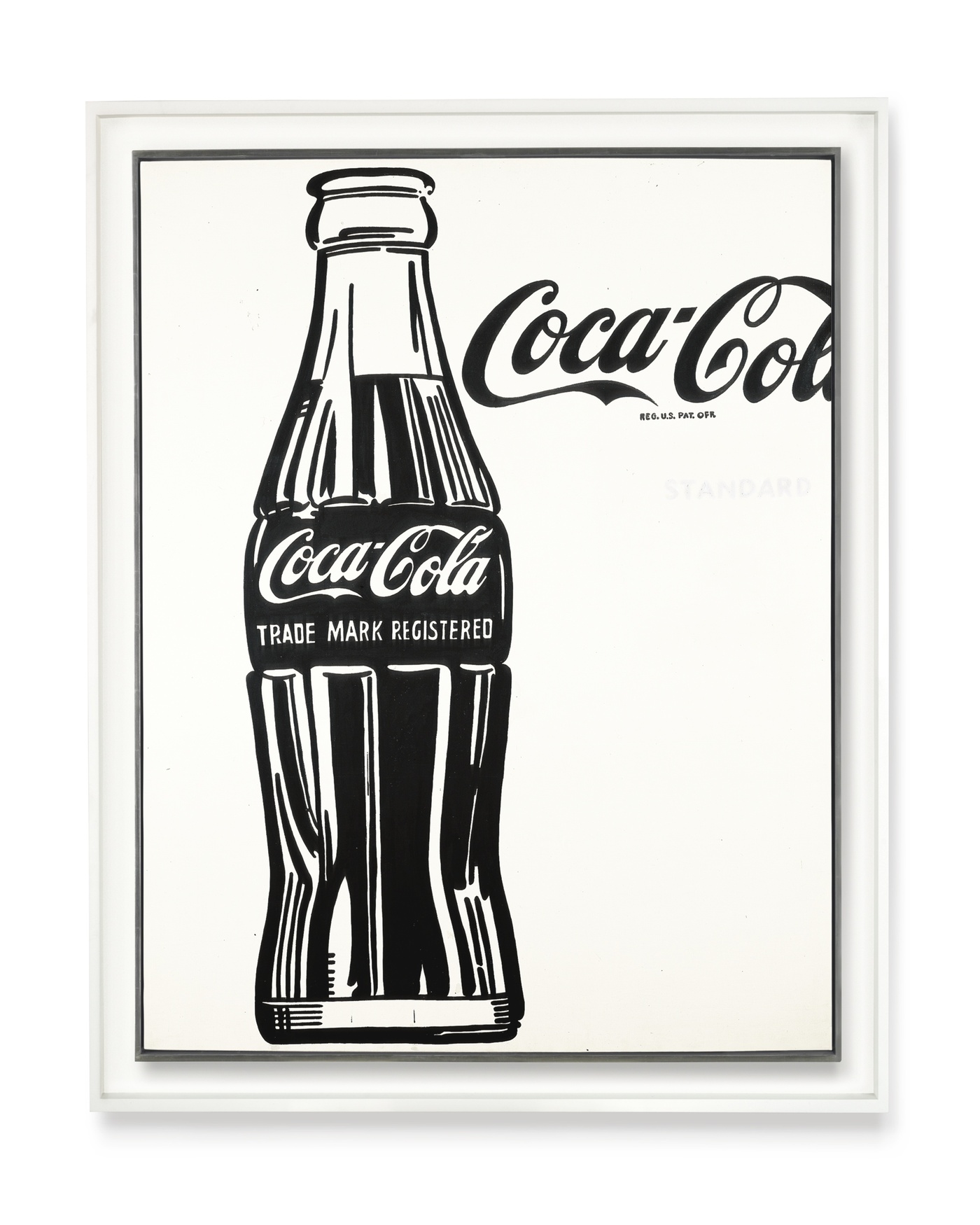 Coca-Cola (3) was one of many of Warhol's pop art pieces, which celebrated popular culture and consumerism in post-World War II America.

On Tuesday, artist Andy Warhol's oversized and iconic Coca-Cola (3) will hit the auction block at Christie's, and to borrow an old slogan from the company, It's The Real Thing.

For Andy Warhol's Birthday, Museum Streams Video Of His Grave

Warhol painted the 6-foot-tall black-and-white canvas in 1962 as part of a series of four Coke bottle paintings. According to Ted Ryan, archivist and historian at the Coca-Cola Co., Warhol had the paintings in his studio and invited his friend, Emile de Antonio, to come by and give him feedback.

"I think he was told No. 3 is it — just throw away No. 1," says Ryan, who added that Warhol had been struggling with different art styles at the time. "It wasn't until he did the series of Coke bottles and got the feedback ... that he found his genre."

Ryan says the artist chose the Coke bottle because of its ubiquity, pointing to a quote from Warhol himself:

"What's great about this country is that America started the tradition where the richest consumers buy essentially the same things as the poorest. You can be watching TV and see Coca-Cola, and you can know that the President drinks Coke, Liz Taylor drinks Coke, and just think, you can drink Coke, too. A Coke is a Coke and no amount of money can get you a better Coke ... All the Cokes are the same and all the Cokes are good. Liz Taylor knows it, the President knows it ... and you know it."

The artist later went on to depict other American brands, including Brillo, Campbell's Soup, General Electric, Heinz and Kellogg.

The Coke painting, which has been part of a private collection since 1995, could sell for more than $40 million — another Warhol piece, Coke Bottle (4), sold for $35.4 million a couple of years ago.

Coca-Cola itself holds more than 20 pieces of Warhol art. Ryan says the company never sent a cease-and-desist order to the artist asking him to stop using the company's logo and other trademarks, but rather they "acknowledged each other from afar."