Accessibility links
Hundreds Attend Funeral Of WWII Veteran They Didn't Know : The Two-Way Harold Jellicoe Percival died late last month in an English nursing home. He was 99. With few relatives, it was feared that no mourners would come to his funeral. But word spread on social media. On this Nov. 11 — Remembrance Day in the U.K. — a crowd gathered to bid him farewell. 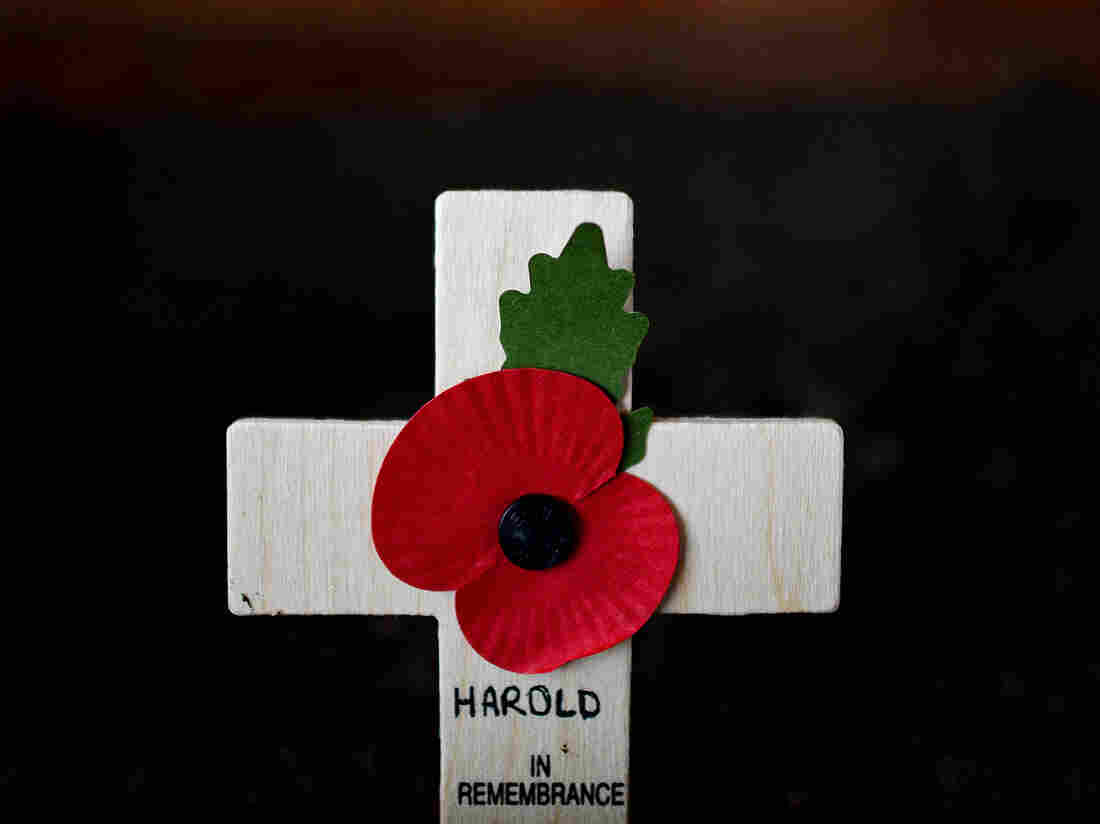 A cross adorned with a poppy was among the ways Harold Percival was remembered Monday. Poppies have been a symbol of remembrance for veterans since the poem In Flanders Fields was written in 1915 by a Canadian military doctor. Nigel Roddis/Getty Images hide caption 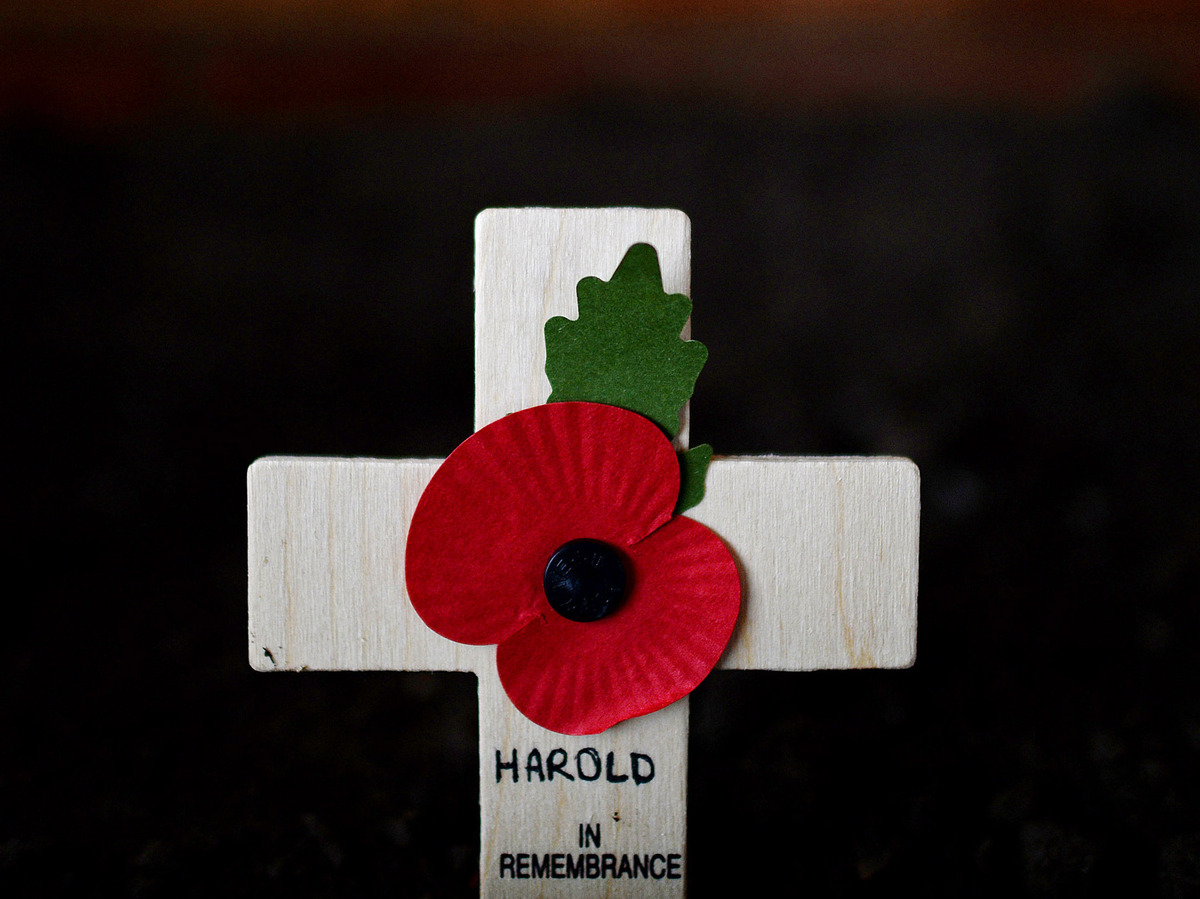 A cross adorned with a poppy was among the ways Harold Percival was remembered Monday. Poppies have been a symbol of remembrance for veterans since the poem In Flanders Fields was written in 1915 by a Canadian military doctor.

Whether you know it as Veterans Day here in the U.S. or as Remembrance Day in Commonwealth countries, we think you'll agree that something remarkable happened on this Nov. 11 in England.

"Hundreds of people from across the U.K. have attended the funeral in Lancashire of a World War II veteran they never knew," the BBC reports.

The local Blackpool Gazette has more:

"Harold Jellicoe Percival died aged 99 without close friends or relatives at hand at a nursing home, where staff worried no one would be at his funeral to mark his passing.

"But after a public appeal in The Gazette and on social networks for the Second World War veteran, roads were blocked with traffic and the crematorium unable to hold the numbers of mourners at his funeral, poignantly beginning at the 11th hour of the 11th day of the 11th month. ...

" 'It's just staggering,' his nephew, Andre Collyer-Worsell, said after attending the service. ... He was not a hero, he was just someone who did his duty in World War Two, just as his brother and sister did and his father before him in World War One. We were expecting a few people, a few local veterans but suddenly it snowballed. It's the sort of send-off you would want to give any loved one.' "

The Associated Press writes from Lancashire that Rev. Alan Clark, who conducted the service, told those gathered that "you have come in numbers surpassing anything that was expected. Not because you knew him, but because each of us has a common humanity."

During the war, Percival worked on the ground crew with RAF Bomber Command, the Gazette says. "Fittingly," the newspaper reports, "his coffin, with the distinctive blue RAF flag on top, was borne into the crematorium to the sound of the theme from The Dam Busters, because he served with the ground crew of the famous squadron whose bouncing bomb raid wrought havoc on Nazi Germany."

The BBC adds that another nephew, David Worsell, could not attend the funeral. But he spoke to the network about his uncle:

"He was a private man. He worked in Australia for a number of years as a decorator and would visit England for holidays. He travelled around England with only his backpack. He didn't have a postal address — he just used to get everything sent to my mother's address and would go through it when they met up."

BBC Radio Lancashire reporter Steve Becker notes that "we'll never know the answer to the question posed by many people at the service: What would this quiet man have made of his send off? But most suspected he'd have been secretly pleased and proud."