Accessibility links
Toronto Council Asks Mayor Ford To Temporarily Step Aside : The Two-Way Rob Ford spent Wednesday defending himself to his City Council. While admitting that he's purchased illegal drugs, which came after earlier admissions about smoking crack and getting drunk, the mayor also said he doesn't need treatment and doesn't need to take a leave of absence. 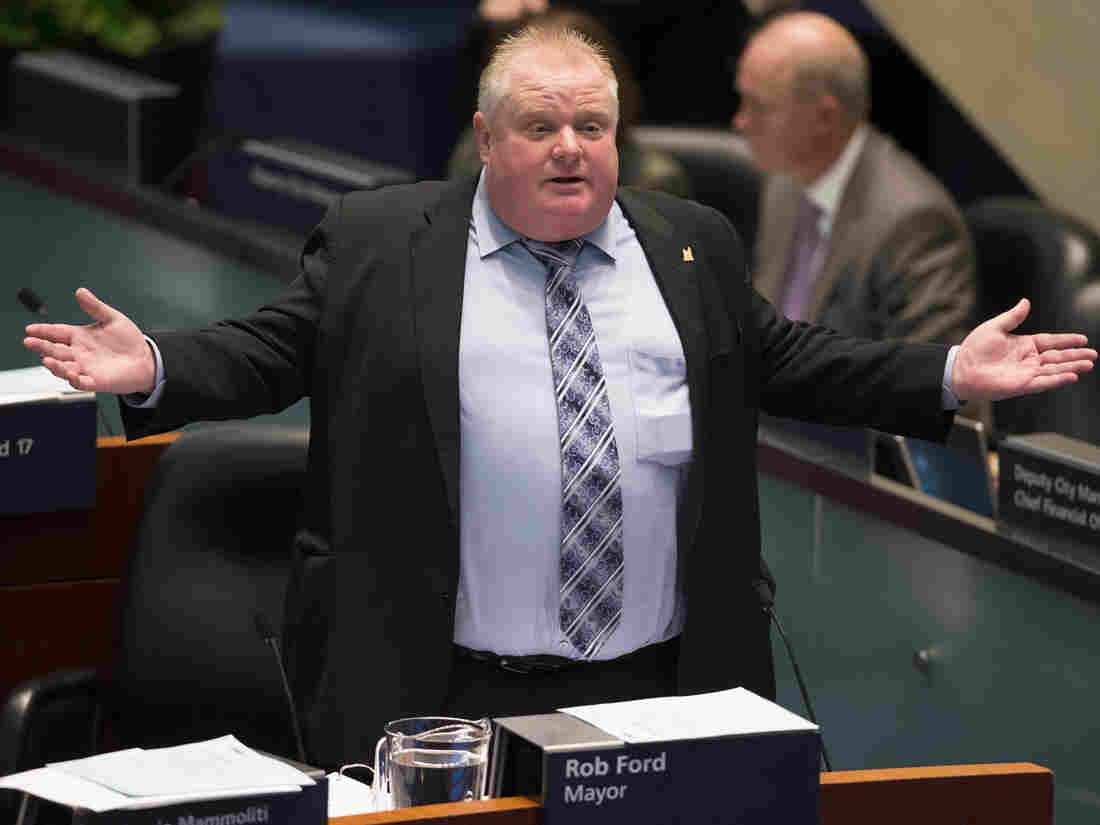 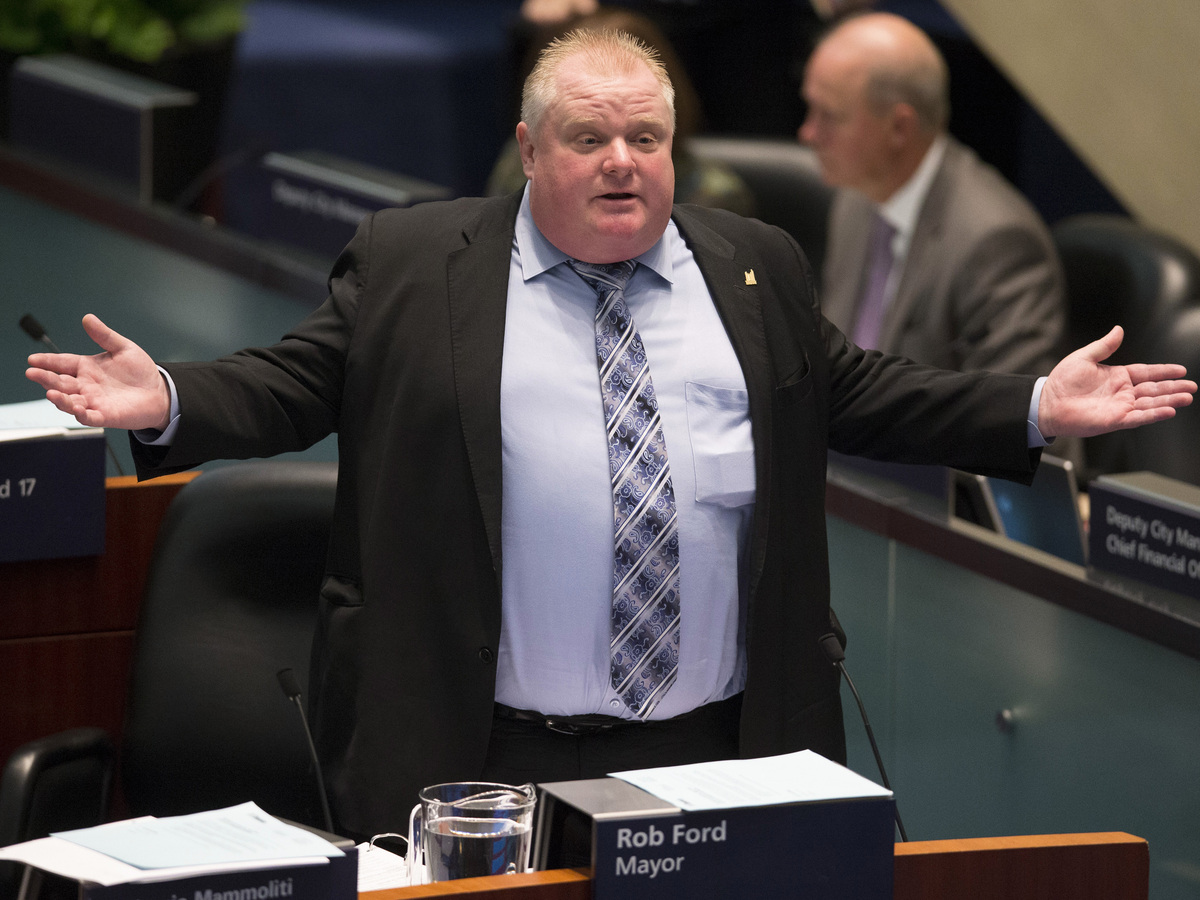 Toronto's City Council voted overwhelmingly on Wednesday to call on Mayor Rob Ford to take a leave of absence after he admitted to purchasing and using illegal drugs.

In a final plea before the vote, Ford apologized to Council members, acknowledging that "I really 'effed up.' "

The vote came after a tumultuous afternoon chronicled in our original post, which we pick up here:

-- Mayor Rob Ford has admitted to purchasing illegal drugs in recent years, while also insisting that, "I am not an alcoholic ... I am not a drug addict."

-- He's gotten into a shouting match with a city councillor over whether the residence where he was allegedly videotaped smoking crack was or was not a crack house.

-- He's refused to apologize to another city councillor for an alleged threat.

-- He's responded, again, to calls that he resign by saying, "I'm not going anywhere."

-- Councillors voted 37-5 to approve a petition calling on Ford to step aside and take a leave of absence so that he can be treated for what they see as his problems with alcohol and illegal drugs. The Council cannot force him to step down unless he's convicted of a crime, and he is not facing any charges at this time.

If high-octane debate is your kind of must-see TV, click on this link to see CTV's webcast.

If you need to catch up on this amazing story from Toronto, our coverage is collected here.

Or, just scan some of our previous headlines:

-- Toronto Mayor Advised To 'Go Away For A Couple Of Weeks'

Update at 3:40 p.m. ET. Council Calls For Ford To Take Leave Of Absence:

By a vote of 37-5, the Council approves a petition asking the mayor to step aside temporarily. It also approves a call for Ford to cooperate with police and apologize for misleading Torontonians.

Mayor Ford tells the Council: "I can only say I'm sorry so many times. I really 'effed' up. That's it," he said to laughter.

The Council has adjourned for an hour or so.