Accessibility links
More Than 106,000 Chose Health Plans Under Affordable Care Act : The Two-Way Of those, less than 27,000 people used the federal HealthCare.gov site to select a plan, according to data from the Department of Health and Human Services. The government says 106,185 Americans picked out plans in the first month of enrollment. 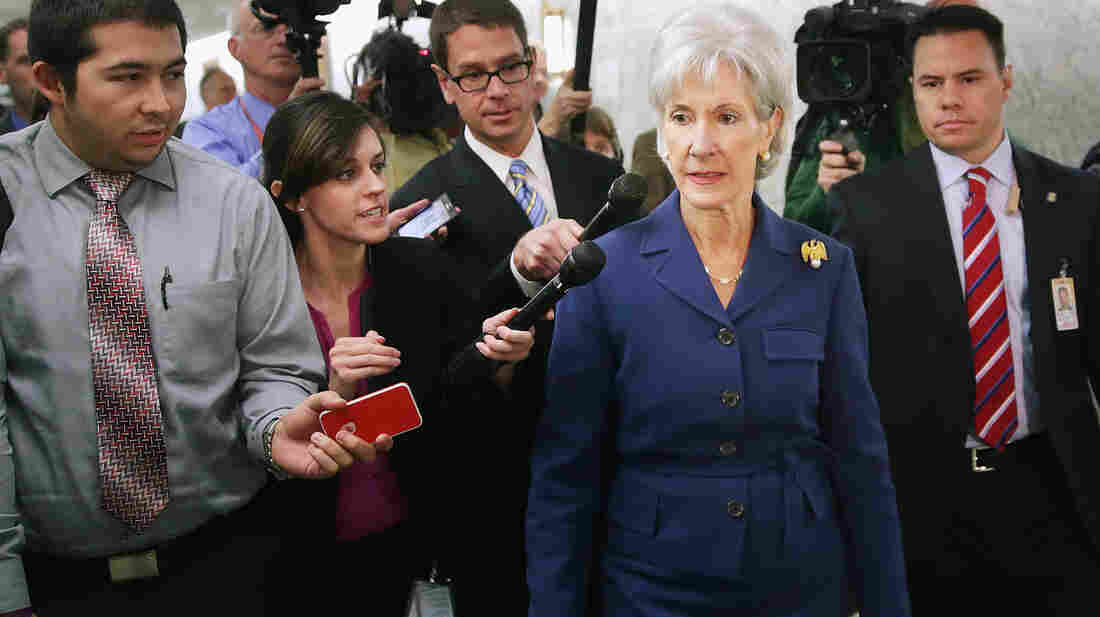 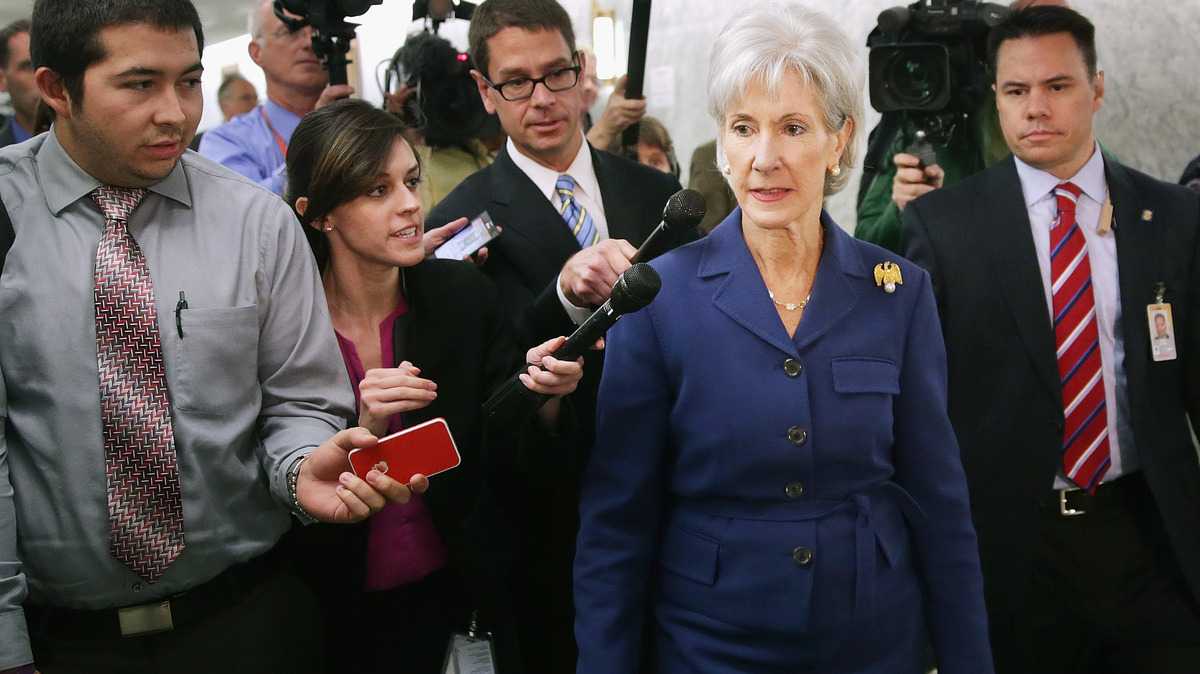 Health and Human Services Secretary Kathleen Sebelius issued a report Wednesday revealing that 106,185 Americans selected a health plan in the new marketplace from Oct. 1 to Nov. 2.

More than 106,000 Americans selected health plans in the first reporting period of open enrollment for the new health insurance marketplace, according to data released Wednesday by the Department of Health and Human Services.

That number is only "about 20 percent of the government's October target," as NPR's Scott Horsley reports for our Newscast unit.

Less than 27,000 people used the federal HealthCare.gov site to select a plan. The overall number includes enrollments made via federal and state marketplaces from Oct. 1 to Nov. 2, the agency says.

"To date, 106,185 persons have selected a Marketplace plan — this includes 79,391 in [state-based marketplaces] and 26,794 in [federally facilitated marketplaces]," according to the report. "An additional 975,407 persons who have been determined eligible have not yet selected a plan through the Marketplace."

That means only about a quarter of those who chose plans did so through the federal site. But Health and Human Services officials say they're optimistic about future growth. "The promise of quality, affordable coverage is increasingly becoming reality for this first wave of applicants to the Health Insurance Marketplaces," HHS Secretary Kathleen Sebelius said in a statement accompanying the release of the data.

"We expect enrollment will grow substantially throughout the next five months," she added, noting strong interest in the plans and promising more improvements to the federal HealthCare.gov website.

The timing of the data's release came as something of a surprise; officials had said they would not be released until later this week. It came on the same day Rep. Darrell Issa led a House oversight committee hearing on the problems that plagued the HealthCare.gov site and the effort to improve it.

At that hearing, U.S. Chief Technology Officer Todd Park said that "the system has been comfortably handling, at present, about 20[,000] to 25,000 current users."

The HHS report also included broad statistics on traffic to marketplace websites, citing 26,876,527 unique visitors to state and federal websites. And 3,158,436 people got in touch with state and federal call centers that were set up to help people navigate the system created by the Affordable Care Act, according to the report.

The agency notes that the 106,185 figure "is 1.5 percent of the estimated enrollees at the end of the 2014 open enrollment period," citing a Congressional Budget Office estimate from May.