Accessibility links
China Eases One-Child Policy, Ends Labor Camp System : The Two-Way In order to have a second child, one parent would have to be an only child under the new policy. Previously, both parents had to be only children. China has been loosening the policy for years as it tries to combat a gender imbalance as well as a labor shortage. 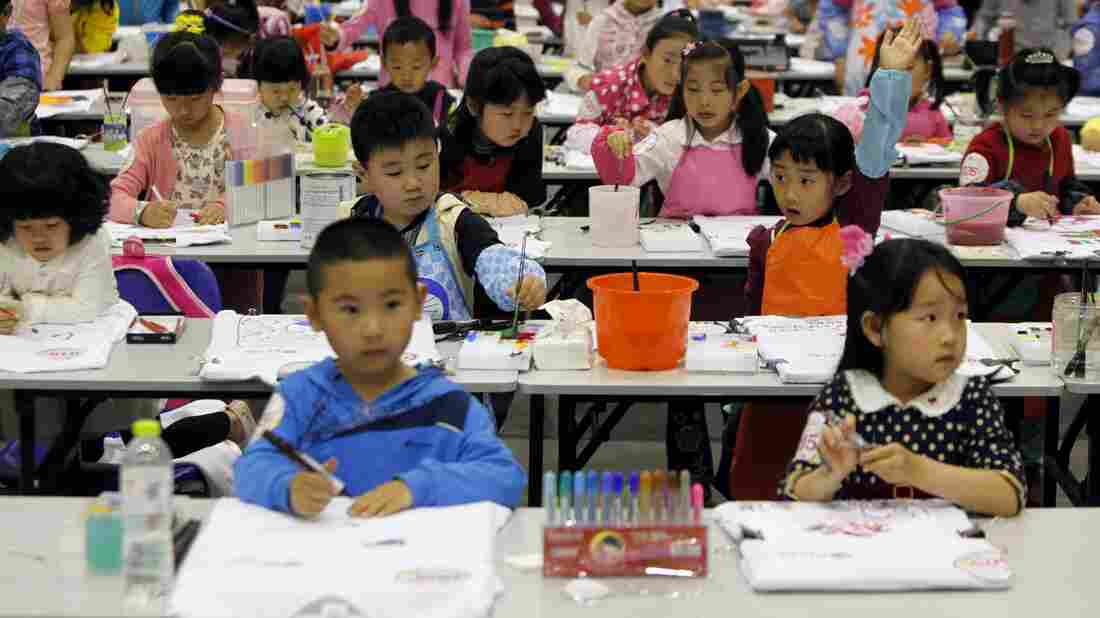 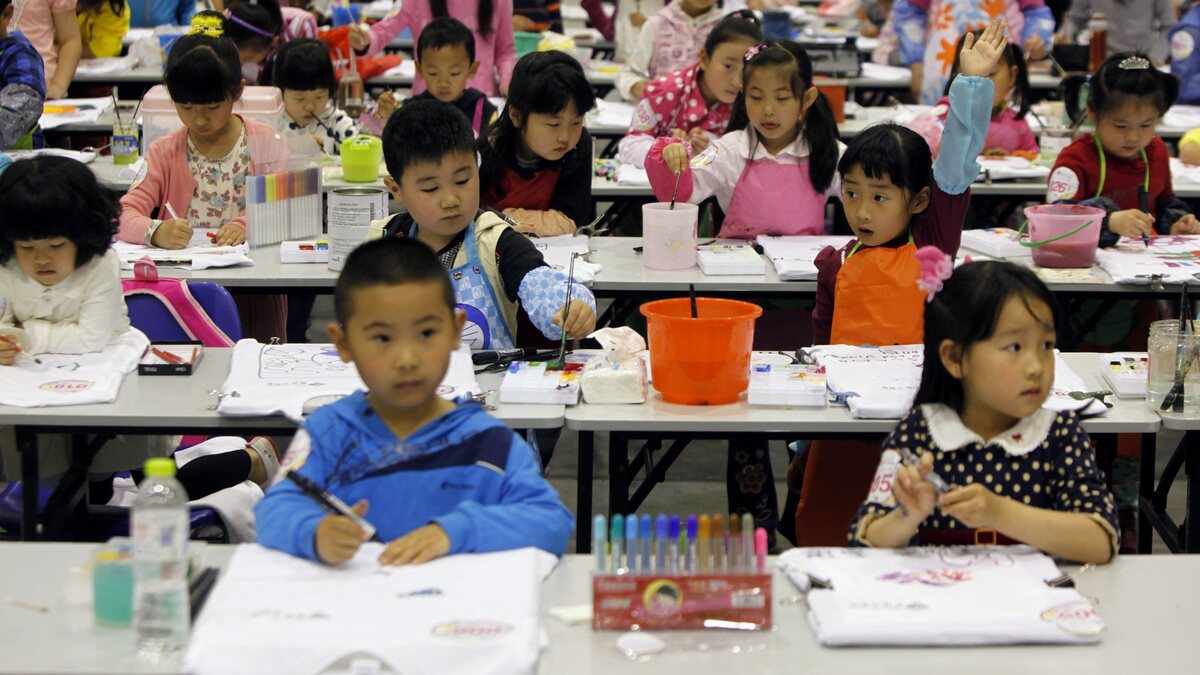 Children participate in a drawing contest on May 13 celebrating international children's day in Qingdao, China.

China announced Friday that it is loosening its decades-old one-child policy, and abolishing its system of "re-education through labor" camps.

The new birth policy is intended to promote "long-term balanced development of the population in China," according to the Communist Party announcement, which was reported by China's official Xinhua news agency.

China, the world's most populous country, introduced the one-child policy in the 1970s to combat a rise in population. But the policy has resulted in gender imbalance, with more men than women.

NPR's Frank Langfitt tells Morning Edition that the change means "another 10 million people would be able to have a second child."

But, he adds, "half would maybe do that — because, you know, raising a child in China is now very expensive. So not everybody really wants a second child, particularly in urban areas."

Frank notes that the policy has been unpopular for years, but there may be a more practical reason for the easing of rules: demographics.

"China's labor is peaking, and state demographers have actually been talking to the central government for years begging them to change the policy, and they say, 'We're going to head into a real labor shortage coming up because of the policy,' " Frank says.

The Communist Party also says it will abolish "re-education through labor" camps in an effort to protect human rights.

Frank notes that this policy was first announced in January. He says the camps, which go back to the 1950s, are hated.

"They allow cops literally to just take people and put them away for 18 months in a labor camp with no charges, no lawyer, no judge, and the public has been really turning against this," he tells NPR's Steve Inskeep.

The party also says it will reduce the number of crimes subject to the death penalty "step by step." China has already significantly reduced the number of people executed each year. As we told you on Weekend Edition Sunday, an estimated 3,000 people were put to death in China last year. That number is down from an average of 15,000 a year in the 1990s.

"The decision, approved by the Third Plenary Session of the 18th CPC Central Committee on Tuesday, was seen as a detailed reform road map for China in the coming decades," Xinhua reported.

The party's document says China will also work to ban the extraction of confessions through torture and physical abuse.