Accessibility links
Toronto City Council Aims To Strip Away Mayor's Powers : The Two-Way Hoping to take action against Mayor Rob Ford, who has admitted to smoking crack and has been the focus of a series of other embarrassing revelations, lawmakers are moving to isolate him.

"Mayor Rob Ford will essentially be mayor in name only after Monday," writes the Toronto Sun. "Three special council meetings — two to be held Friday and one on Monday — have been called to strip Ford of all the powers delegated to him by council and slash his mayor's office budget." 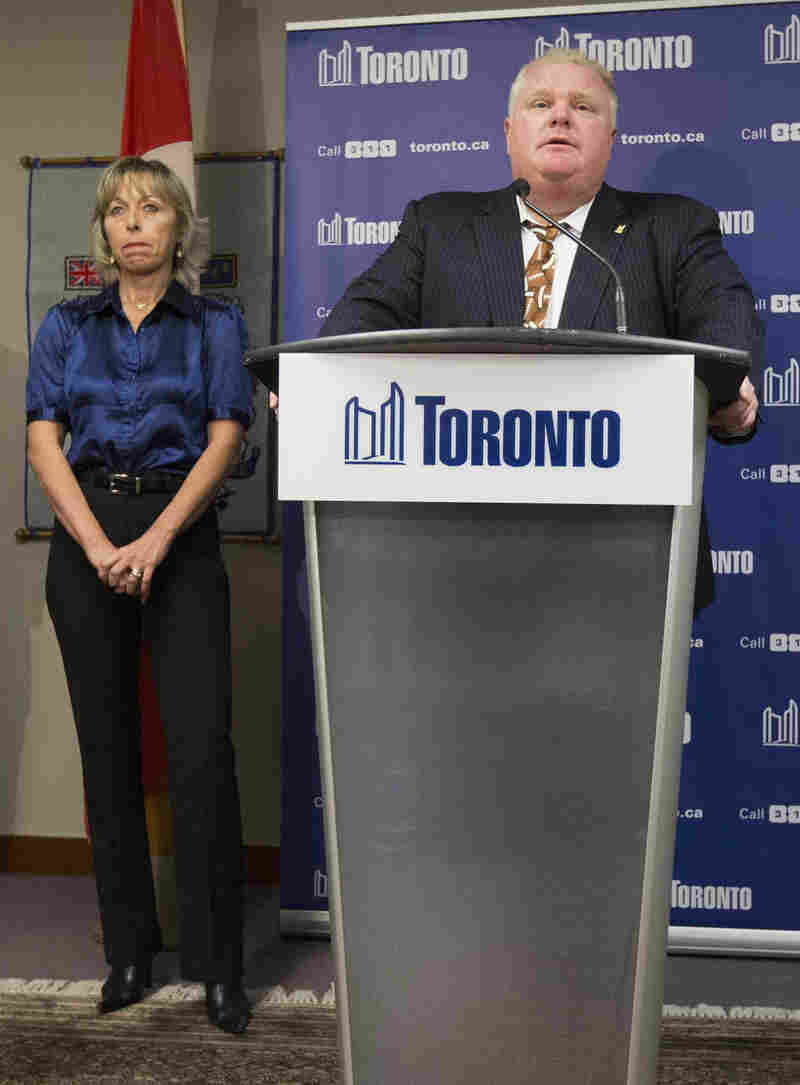 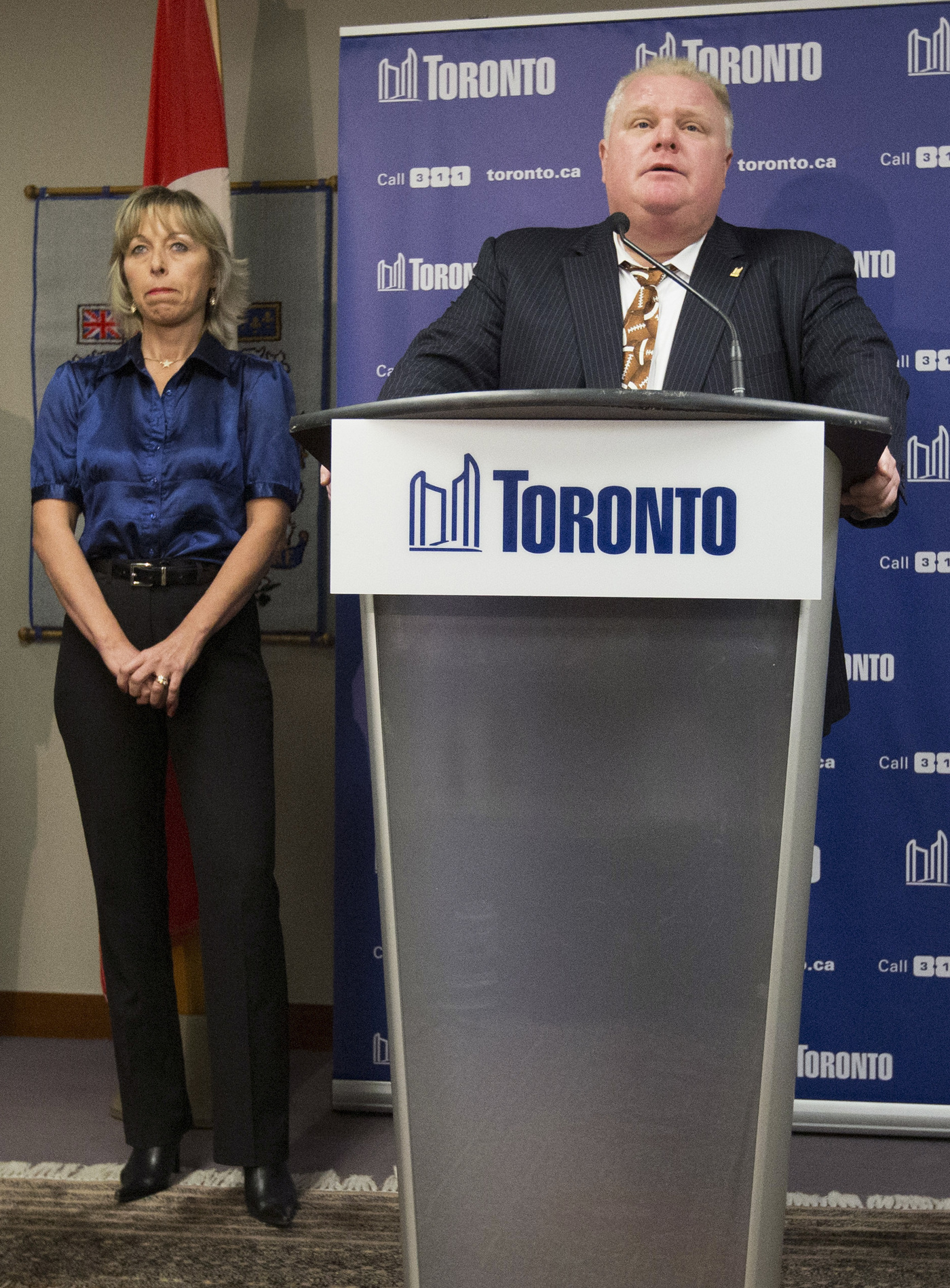 Toronto Mayor Rob Ford and his wife, Renata, during a news conference Thursday.

Friday's session began just after 9:30 a.m. ET and is being webcast here by CTV News.

Update at 11:30 a.m. ET: Council Strips Ford Of Power To Hire And Fire

Toronto's city council has voted to take away Ford's powers of appointment, reducing his control over the deputy mayor and selecting who heads committees. The council approved the measure by a vote of 39-3. In a separate vote, the council members voted to strip Ford of his emergency powers, as well.

After the vote, Ford said he would challenge the move in court. He said he has retained an attorney to fight such moves, noting that he intends to pay for his legal fees out of his own pocket.

If the session is as fiery as one held Wednesday, it should be compelling. The City Council is moving to strip Ford of his powers because it does not have the authority to remove him from office unless he is convicted of a crime. Ford has not been charged with any crime.

Just in case you're not familiar with this news from Ontario, our previous posts may be of some help:

-- Nov. 8: Toronto Mayor Advised To 'Go Away For A Couple Of Weeks'

And on Thursday, our headline was: What Amazing Thing Did Toronto's Mayor Say Today? As we wrote:

"After admitting to smoking crack, to buying illegal drugs and to more than once being in a drunken stupor, it would seem like Toronto Mayor Rob Ford couldn't say anything else that would really shock anyone.

"Responding to a new Toronto Globe And Mail report about lewd comments he allegedly made to a woman and other alleged misdeeds of his, Ford denied he'd said those things. Then he went on — using a crude 5-letter word for a woman's genitalia — to say he can get 'more than enough ... at home.' "

Since that latest amazing revelation, Ford has apologized for the "graphic remarks," the CBC says. Ford also said Thursday that he is "receiving support" from health care professions, the CBC writes. It was the first time he's indicated he's getting such help. Ford has said several times that he does not believe he's a drug addict or alcoholic. He's also said he plans to seek re-election in the fall of 2014.