Accessibility links
House Approves 'Keep Your Health Plan' Legislation : The Two-Way The House has approved a Republican-sponsored bill that would allow insurance companies to continue offering policies that would be canceled under the Affordable Care Act. The Keep Your Health Plan Act was adopted by a vote of 261-157, with the support of 39 Democrats. 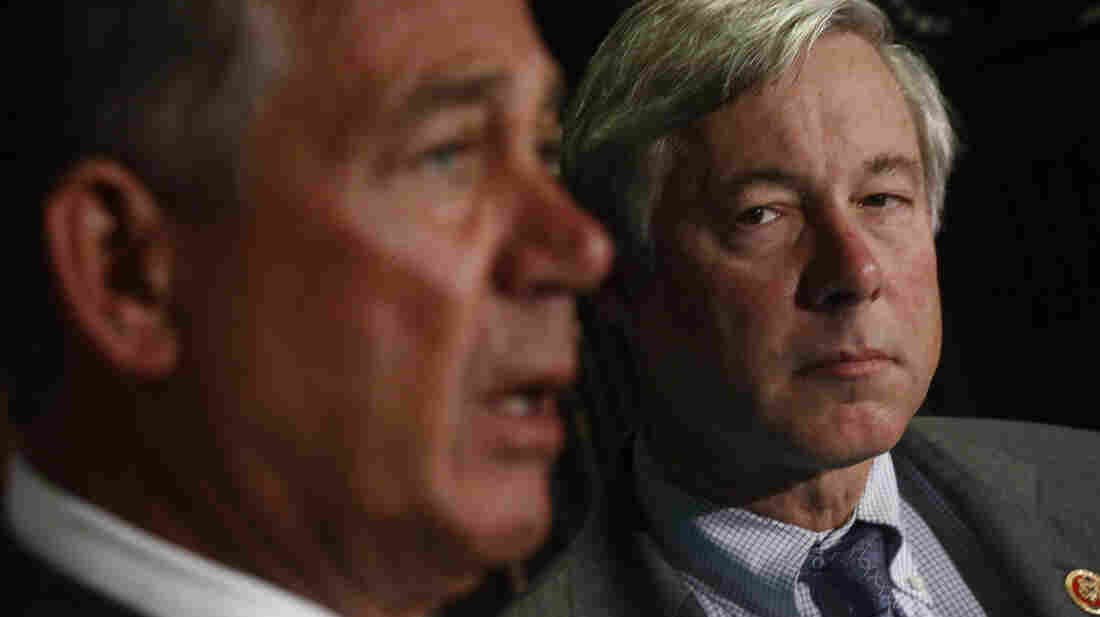 The House votes Friday on a bill submitted by GOP Rep. Fred Upton of Michigan, shown with Speaker John Boehner, that seeks to ensure Americans can keep their existing insurance plans even if those policies don't meet standards in the Affordable Care Act. Charles Dharapak/AP hide caption 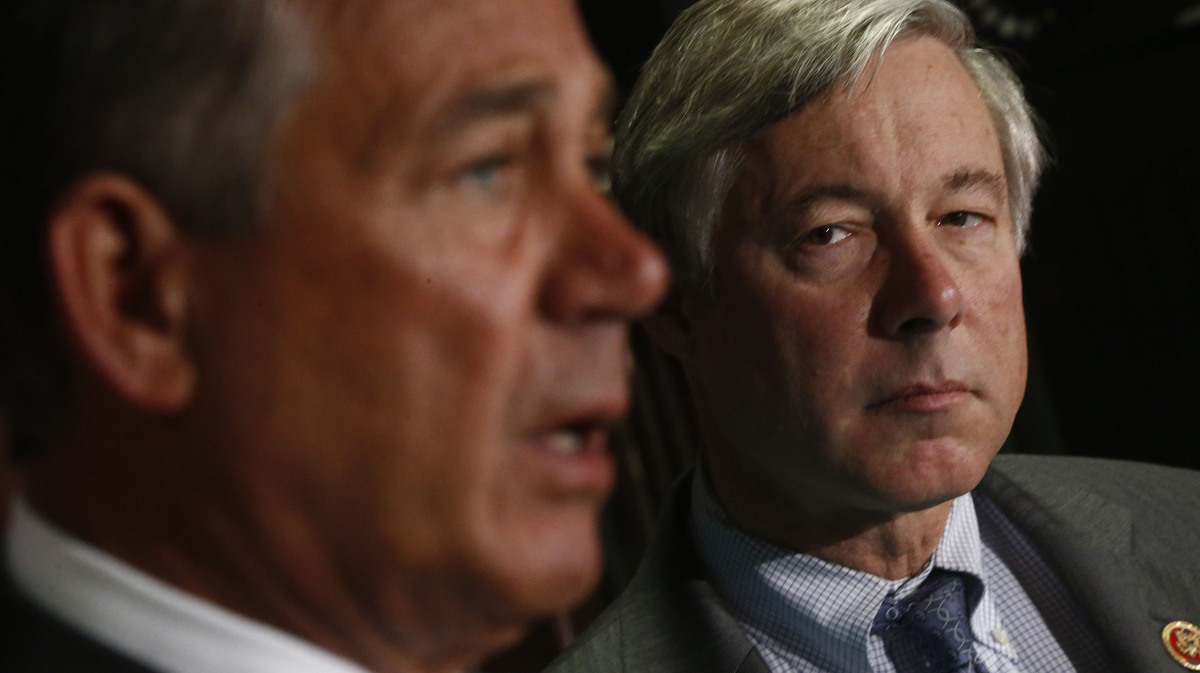 The House votes Friday on a bill submitted by GOP Rep. Fred Upton of Michigan, shown with Speaker John Boehner, that seeks to ensure Americans can keep their existing insurance plans even if those policies don't meet standards in the Affordable Care Act.

The House has approved a Republican-sponsored bill that would allow insurance companies to continue offering policies that would be canceled because they don't meet the standards of the Affordable Care Act. The Keep Your Health Plan Act, H.R. 3350, was adopted by a vote of 261-157, with 17 members not voting.

We've updated the top of this post with the results of the vote and other news.

Reuters reports that it's queried more than 20 states on the ACA about-face and that while California, Colorado, Florida, South Carolina and Ohio "said they would act on Obama's offer," at least 17 others "said they did not have enough information and were still trying to decide how to proceed."

The House vote had been closely watched for party defections. In the end, 39 Democrats voted for the bill, while three Republicans voted against it.

The measure was introduced by Rep. Fred Upton, R-Mich., along with more than 150 co-sponsors, including four Democrats, Rep. Patrick Murphy of Florida, Rep. Kyrsten Sinema of Arizona, Rep. John Barrow of Georgia, and Rep. Mike McIntyre of North Carolina.

Before the final vote on the bill, the Democrats offered an alternative motion that many observers saw as a chance to allow House Democrats to be on the record voting for a fix to the Affordable Care Act without supporting the Republican-sponsored bill.

The Democrats' proposal echoed the fix embraced by President Obama Thursday, which would allow people to keep policies that would have been canceled for one year.

Earlier Friday, senior Democratic aides said they expected as many as 40 to 50 of their number might vote for Upton's bill, according to Politico.

The measure targets a key criticism of the new health care law, which has been blamed for cancellation notices sent to millions of policyholders. But critics say the bill would destabilize the nascent health care plan marketplace created under what many call Obamacare.

The White House has said President Obama would veto the House bill if it were to reach the Oval Office. But many political observers are watching to see whether any Democrats cross party lines to side with Republicans during Friday's vote, which The Washington Post called a "loyalty test."

Obama sought to address concerns over the cancellations Thursday, when he announced that people with policies that don't meet the new health care law's standards would be allowed to keep them for another year. Most of the cancellations had been scheduled to take effect Jan. 1.

The president has acknowledged problems with the law and its trouble-plagued rollout. Last week, he apologized to those who had lost their policies. But he has also insisted that despite those troubles, the law itself is sound.

"We fumbled the rollout on this health care law," Obama said Thursday.

"This problem cannot be papered over by another ream of Washington regulations," Boehner said. "Americans losing their coverage because of the president's health care law need clear, unambiguous legislation that guarantees the plan they have and like will still be allowed."

The GOP bill, sponsored by House Energy and Commerce Committee Chairman Fred Upton of Michigan, would not only allow insurers to renew individual plans that don't meet the law's standards, it would also allow the companies to sell them to more people.

Sen. Mary Landrieu, D-La., may introduce a similar bill to the House legislation. That version is said to include a provision that would keep insurance companies from selling new policies that don't meet requirements.