Accessibility links
How'd They Do That? Jean-Claude Van Damme's 'Epic Split' : The Two-Way The movie star known as the "muscles from Brussels" helps Volvo show off its trucks' steering. Your legs may ache just watching as they split. VIDEO

How'd They Do That? Jean-Claude Van Damme's 'Epic Split'

How'd They Do That? Jean-Claude Van Damme's 'Epic Split'

After a week of somber news about the victims of Typhoon Haiyan and serious reports about the troubled launch of the Affordable Care Act, we don't want to pass up the chance for some relief. So let's all take a minute to watch one of the latest viral videos:

Naturally, it's got folks asking questions.

a) Whether it's real?

b) How did they do that?

According to The Wall Street Journal, what you see is really what you get. Volvo says Van Damme does have one foot on each truck as the two vehicles slowly back up and get farther apart. 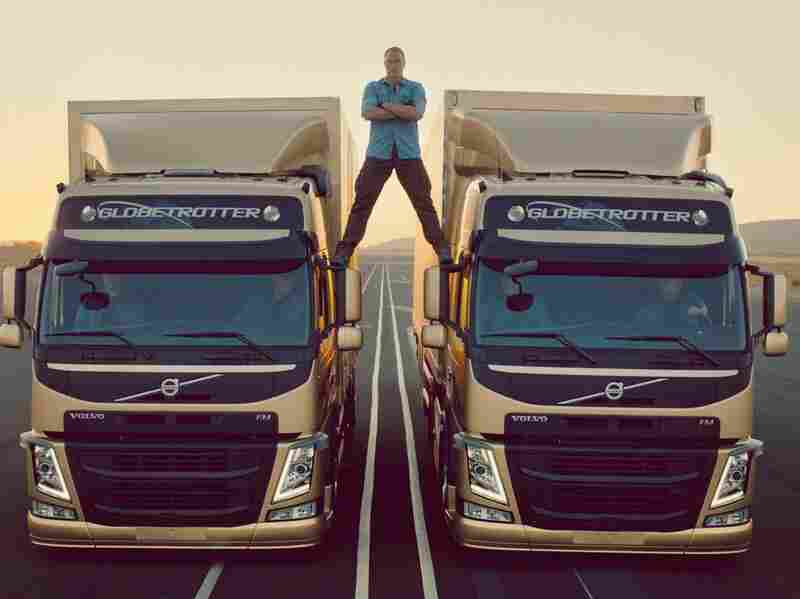 The easy part: Actor Jean-Claude Van Damme before the trucks started backing up and he did his "epic split." Volvo Trucks hide caption 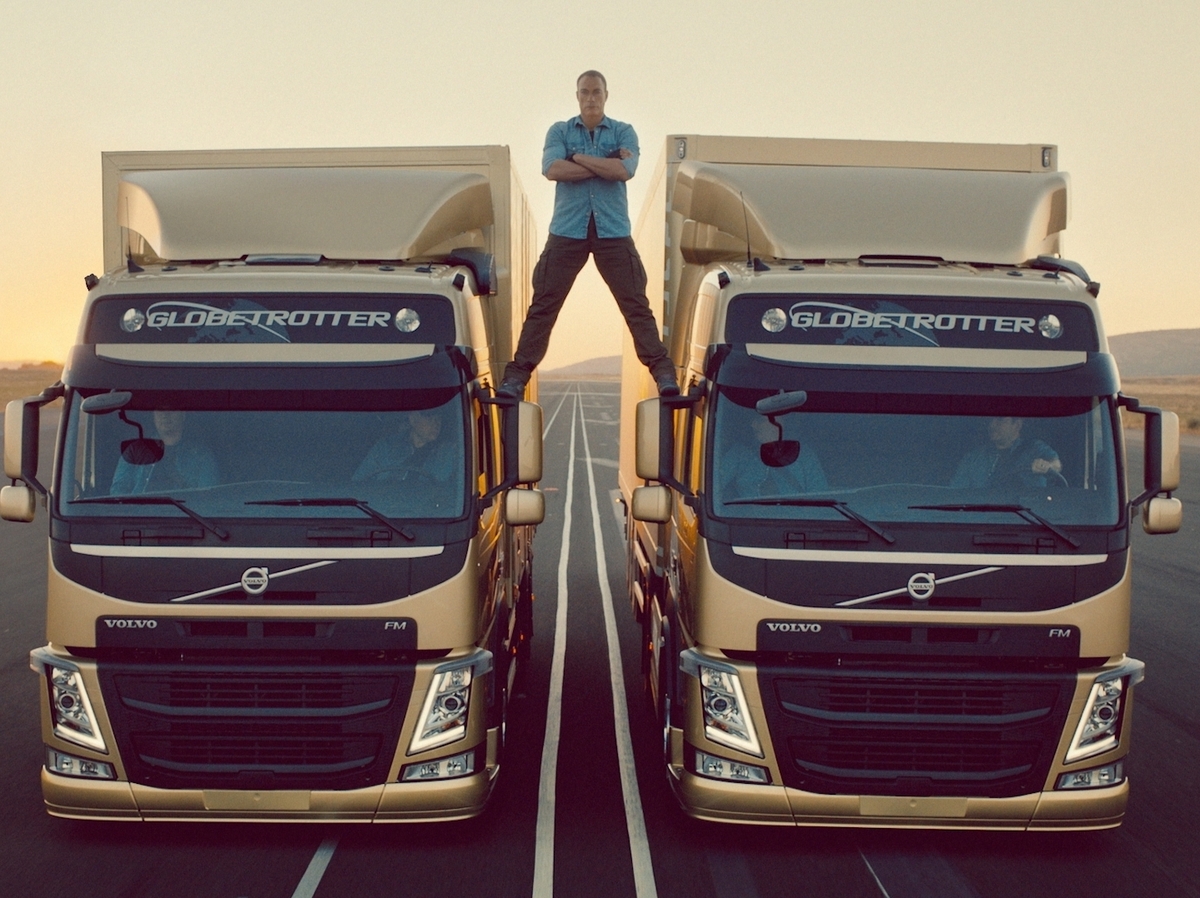 The easy part: Actor Jean-Claude Van Damme before the trucks started backing up and he did his "epic split."

But Van Damme, known to fans as the "muscles from Brussels," wasn't in any real danger. The Journal writes that:

"Van Damme's feet [weren't] secured to the mirrors, video director Andreas Nilsson said, "but we had him rigged [with a wire] so that if he would fall off he wouldn't die, obviously."

As Mashable adds, "the ad is designed to show off the trucks' Volvo Dynamic Steering."

The trucks go backwards, Volvo public relations manager Anders Vilhelmsson tells the Journal, because "we all know that going in reverse is a bit more difficult than going forward. ... We felt that would be the ultimate test."

The stunt, Vihelmsson says, was done in one take.

This blogger has to say that his legs — which are a few years older than the 53-year-old Van Damme's — ache just watching.