Accessibility links
Pakistan Plans To Try Ex-President Musharraf For Treason : The Two-Way The charges could mean the death penalty or life in prison if convicted. The government will announce a special prosecutor on Monday. 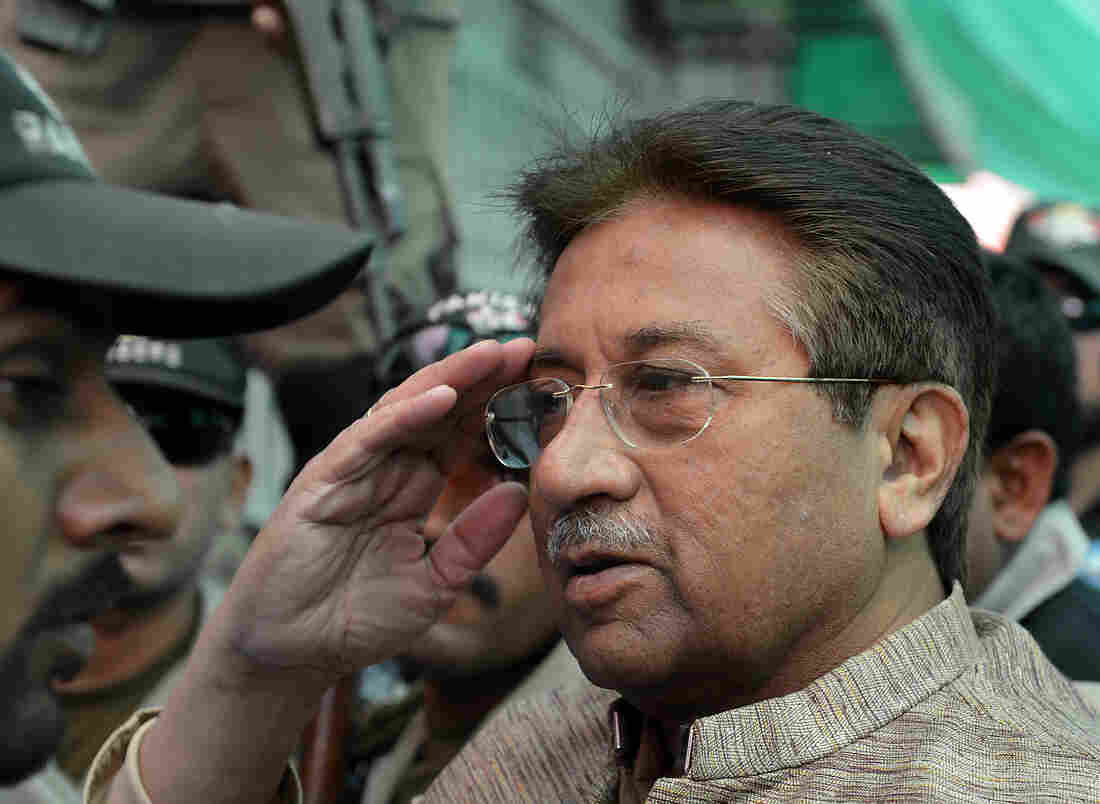 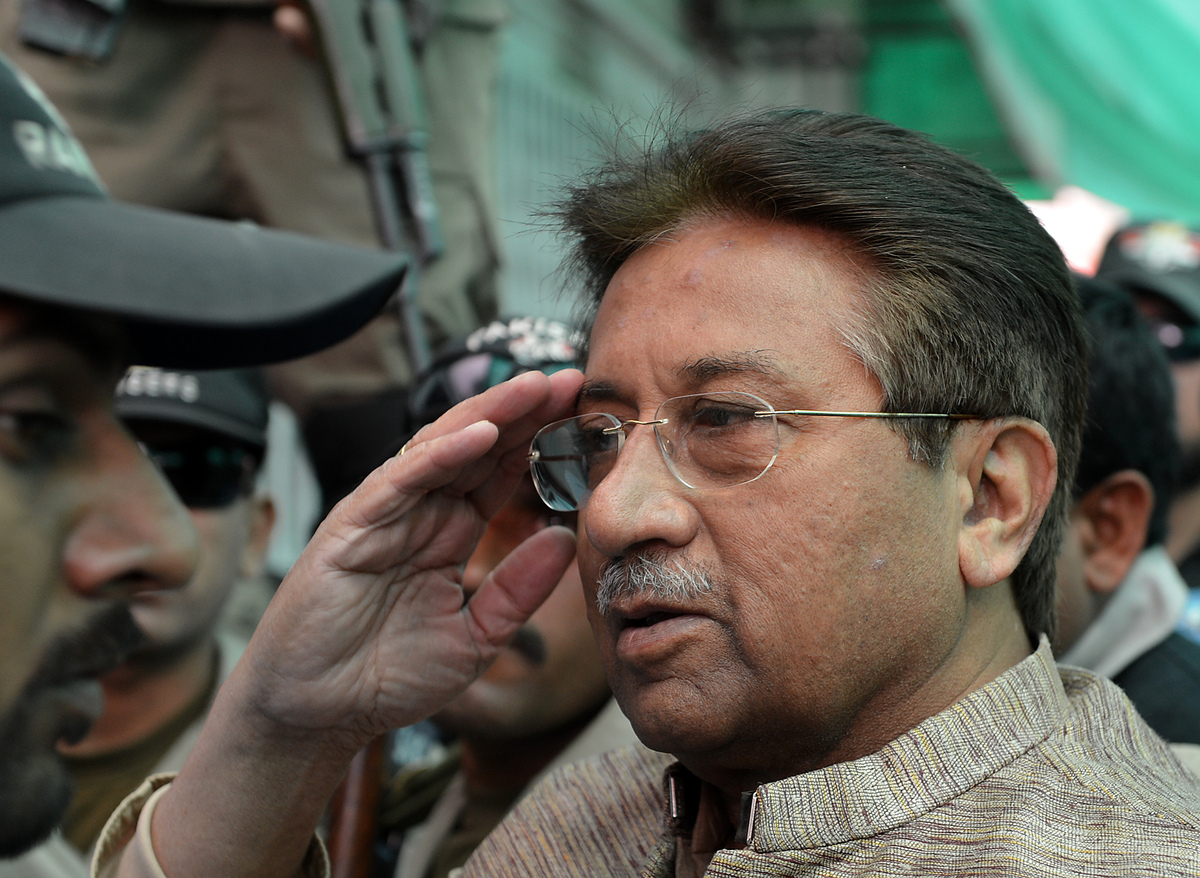 Former Pakistani President Pervez Musharraf at an anti-terrorism court in Islamabad on April 20.

Pakistan's interior minister said that the country plans to try its former military ruler Pervez Musharraf for treason. During his rule, Musharraf declared a state of emergency and suspended the constitution.

The AP reports the charges could mean the death penalty or life in prison if convicted. The wire service adds:

"The government plans to send a letter to the Supreme Court on Monday asking that treason proceedings begin under Article 6 of the constitution, Interior Minister Chaudhry Nisar Ali Khan said during a news conference. The government made its decision after an investigating committee formed under the direction of the Supreme Court collected enough evidence for a trial, Khan said.

"'Gen. Musharraf is accountable to the nation and the constitution,' Khan said."

Musharraf left Pakistan shortly after he left power in 2008. He returned from self-imposed exile this past March. He hoped to restart his political career, instead the government brought charges against him for the murder of former Prime Minister Benazir Bhutto.

Back in June, Pakistan's newly elected Prime Minister Nawaz Sharif announced his intention of pursuing treason charges. But as we reported at the time, while Musharraf is not popular with the people of Pakistan, he is still popular with the military.

A trial like this, one expert said, would "open a pandora's box," because of the implications for other high-ranking military officials.

Pakistan's Dawn reports that aside from the murder charges in the Bhutto case, Musharraf is also facing three other major criminal cases. The government, Dawn reports, is expected to announce a special prosecutor on Monday.

"Last week [Musharraf] asked a court to let him leave the country to visit his sick mother in Dubai. The court was expected to rule on the application on Monday.

"There have been rumors in recent months that a deal would be reached for Musharraf to leave Pakistan without going through with his trials."