Accessibility links
Doris Lessing, Nobel Prize-Winning Author, Dies : The Two-Way Lessing's 1962 novel, The Golden Notebook, is considered one of the great works of the 20th Century. It's been called by many the first feminist novel, a distinction Lessing always rejected. 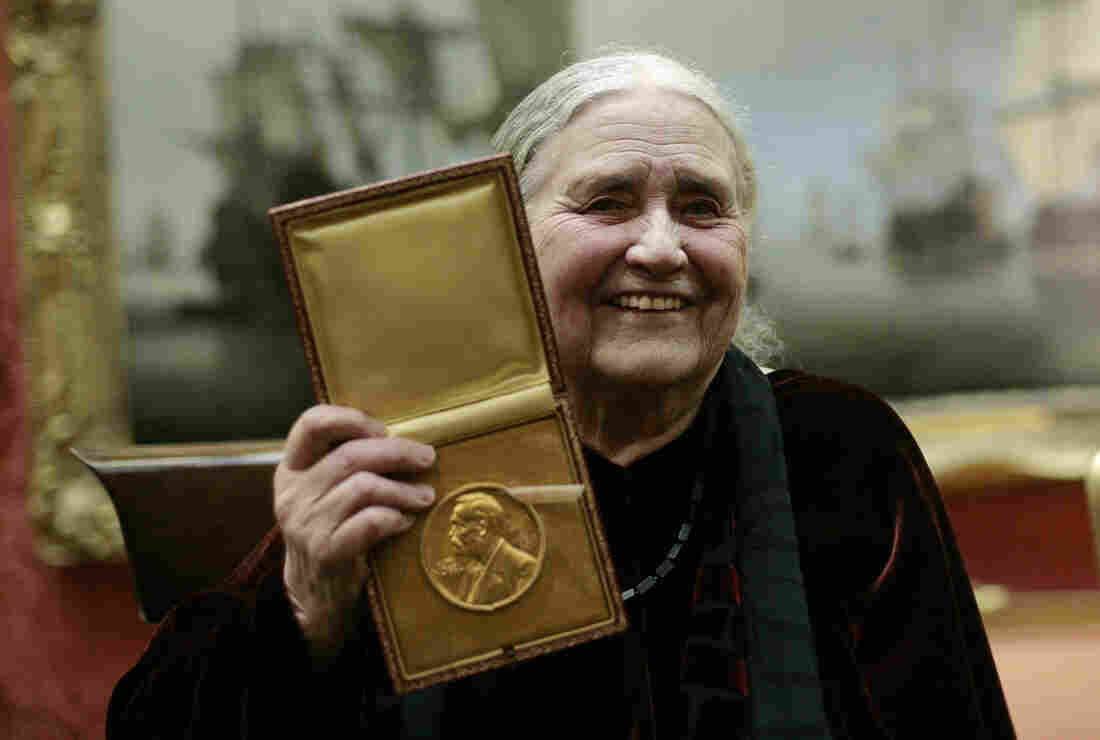 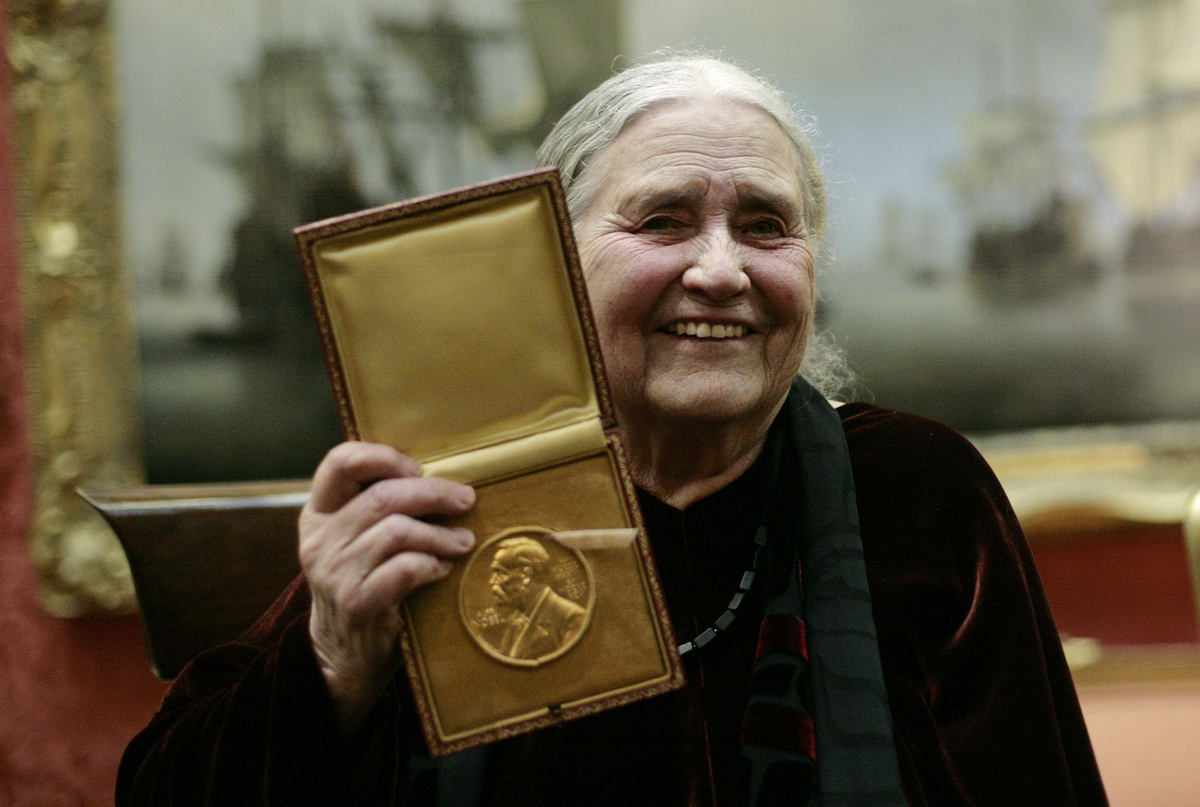 British author Doris Lessing (L) shows her prize insignia of the 2007 Nobel Prize in Literature at the Wallace Collection in London in 2008.

Lessing, who produced 55 works, including poetry, operas and short stories, was 94 years old.

"Doris's long life and career was a great gift to world literature," said Nicholas Pearson, her editor at Harper Collins, in a statement. "She wrote across a variety of genres and made an enormous cultural impact. Probably she'll be most remembered for The Golden Notebook which became a handbook to a whole generation, but her many books have spoken to us in so many various ways. Doris has been called a visionary and, to be in her company, which was a privilege I had as her editor towards the end of her writing life, was to experience something of that. Even in very old age she was always intellectually restless, reinventing herself, curious about the changing world around us, always completely inspirational. We'll miss her hugely."

According to The Guardian, Lessing was born in Iran and raised in Zimbabwe, the setting of her first novel, The Grass Is Singing.

In 2007, she became only the 11th woman to be awarded the Nobel Prize in literature. That year, she beat out American author Philip Roth.

Her reaction to winning the prize was extraordinary. A Reuters journalist, along with others, were waiting outside her flat in London that day. One of the journalists breaks the news to her, and she just says "Oh Christ."

"I've won all the prizes in Europe, every bloody one, so I'm delighted to win them all. It's a royal flush," she added.

In an interview with NPR in 2008, Lessing talked about growing up in a fractured family. Her father and mother were "badly damaged" by World War I, she said.

In an interview with the Paris Review, she explained that after he came back from the War, her father could not settle back into daily life in England, so he was stationed in rural Iran and eventually moved to Tehran, which put him back again in "convention," which he could not handle.

He returned to England where saw an advertisement for Zimbabwe. He moved there seeking peace.

"His childhood had been spent near Colchester, which was then a rather small town, and he had actually lived the life of a farmer's child and had a country childhood. And that's how he found himself in the veld of [Zimbabwe]," she said. "His story is not unusual for that time. It took me some time, but it struck me quite forcibly when I was writing Shikasta how many wounded ex-servicemen there were out there, both English and German. All of them had been wounded, all of them were extremely lucky not to be dead, as their mates were."

In her interview with NPR, she talked about her seminal work, 1962's The Golden Notebook, which is often referred to as the first feminist novel.

Lessing told NPR that what she did well over her career was documenting the times she lived in.

"I have done quite a good job of documenting a lot of our time, I think. I mean, what is The Golden Notebook? It couldn't be written now, could it? You know, looking at it objectively, I've written one or two good books."