Accessibility links
Hoops, He Did It Again: Player Has Second 100-Point Game : The Two-Way Junior guard Jack Taylor of Grinnell College has followed up last year's record-breaking 138-point performance with another "century." He scored 109 points Sunday night in a victory over Crossroads College. He's the only player in NCAA history to have reached or exceeded 100 points twice. 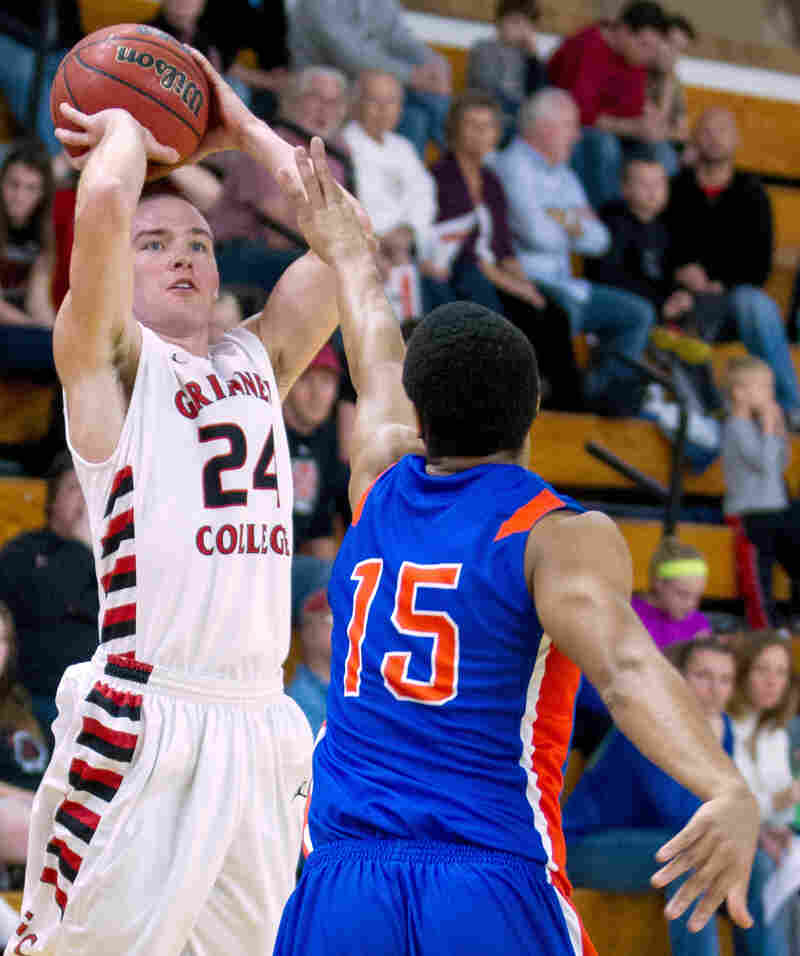 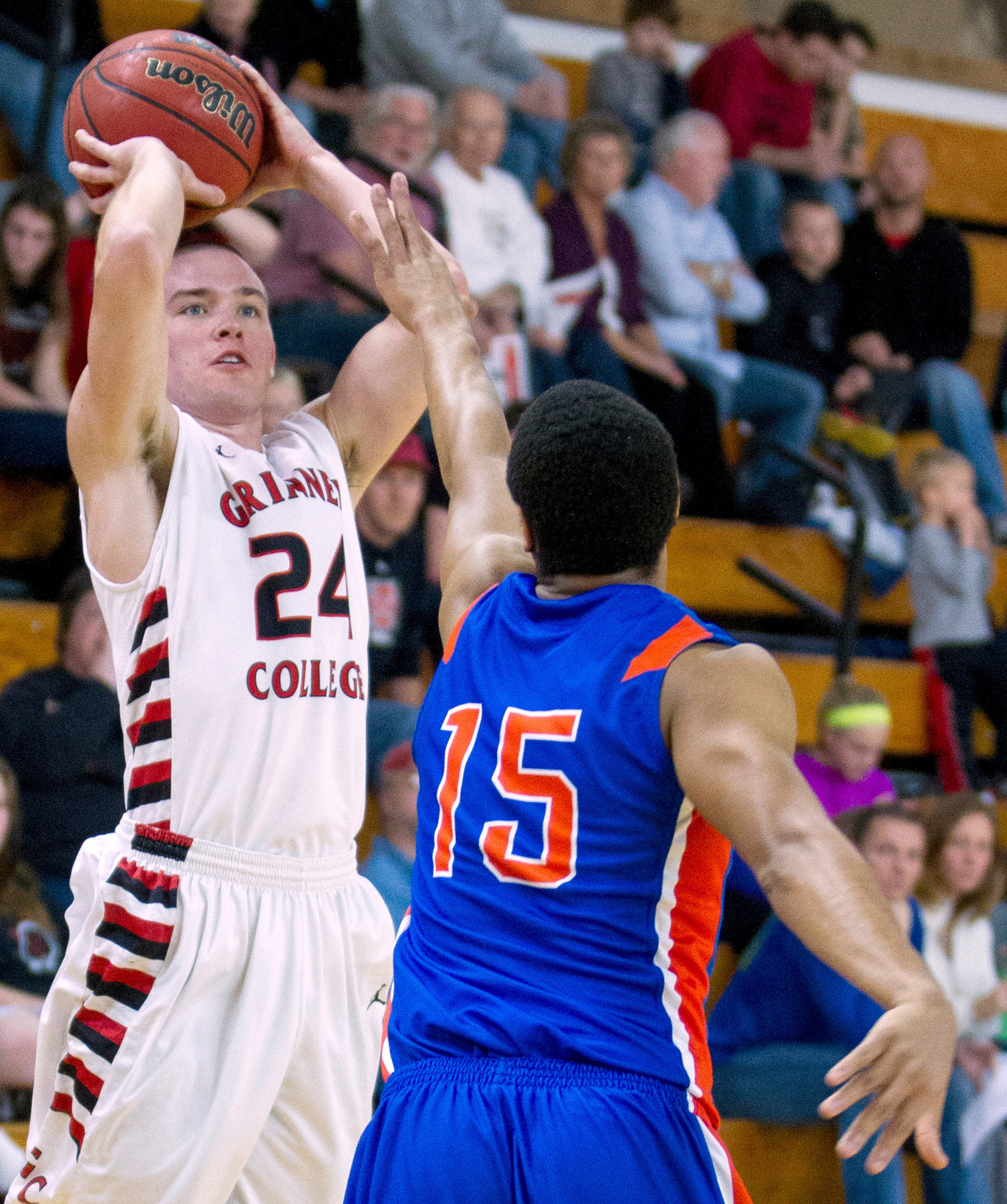 Have ball, will shoot: Grinnell College's Jack Taylor fires a 3-point shot during Sunday's game against Crossroads College. He scored 109 points — the second time he's topped 100 in a game.

This year Jack Taylor "only" scored 109.

The Grinnell College basketball player, who set an NCAA record a year ago when he scored 138 points in one game, poured in 109 Sunday night during his team's 173-123 win over Crossroads College of Rochester, Minn.

"It was definitely fun," he tells All Things Considered host Robert Siegel.

Taylor is one of only three men to have hit the century mark in a single game between two NCAA opponents. As we explained last year, Clarence "Bevo" Francis of Rio Grande College scored 113 points in 1954 game against Hillsdale College. Also in 1954, Furman's Frank Selvy scored 100 in a win over Newberry College.

Now, Taylor is the only college man to have hit or exceeded the 100-mark twice.

As he told Robert, Grinnell's strategy is to take "the quickest shot we can."

More from their conversation is due on Monday's All Things Considered. Click here to find an NPR station that broadcasts or streams the show. Later, we'll add the interview to the top of this post.

We've put together another post about why "Among 100-Point Players, Bevo Francis Merits More Mention."