Accessibility links
MAVEN Lifts Off On Nearly Half-Billion-Mile Trip To Mars : The Two-Way The robot orbiter will take 10 months to reach the red planet, where scientists hope it will solve an enduring mystery about radical climate change in Mars' distant past.

MAVEN Lifts Off On Nearly Half-Billion-Mile Trip To Mars

MAVEN Lifts Off On Nearly Half-Billion-Mile Trip To Mars 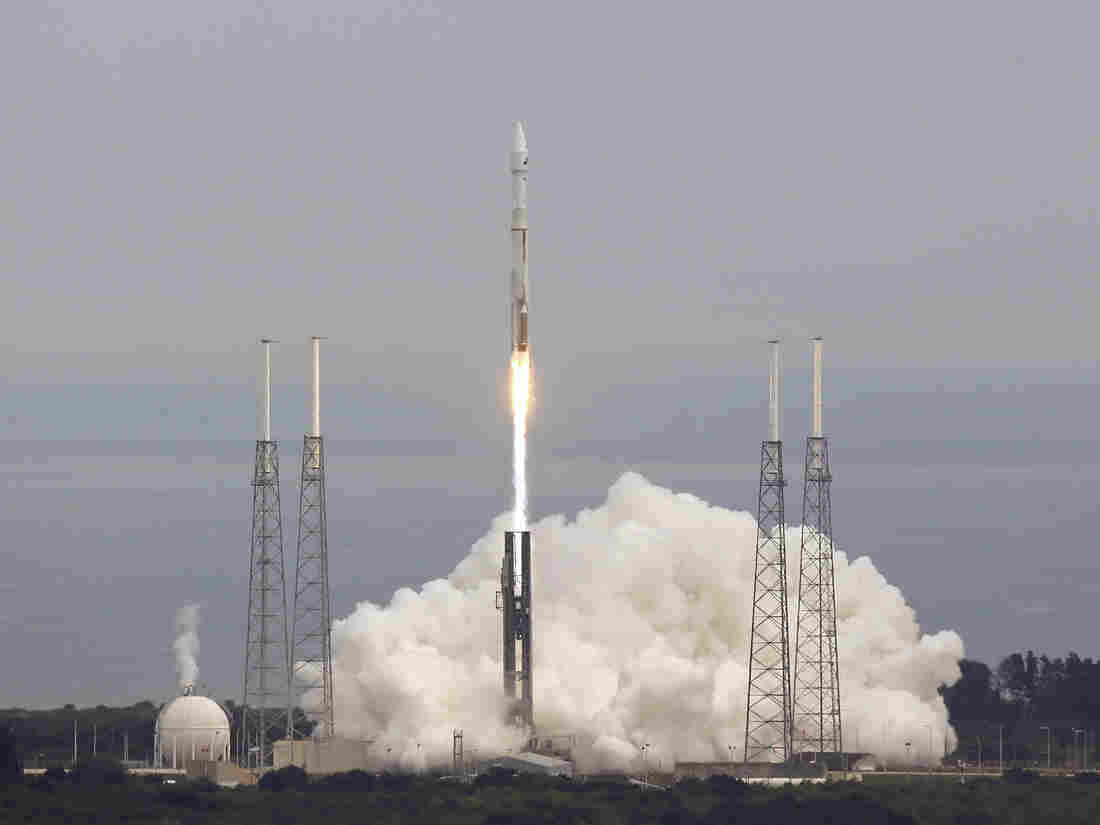 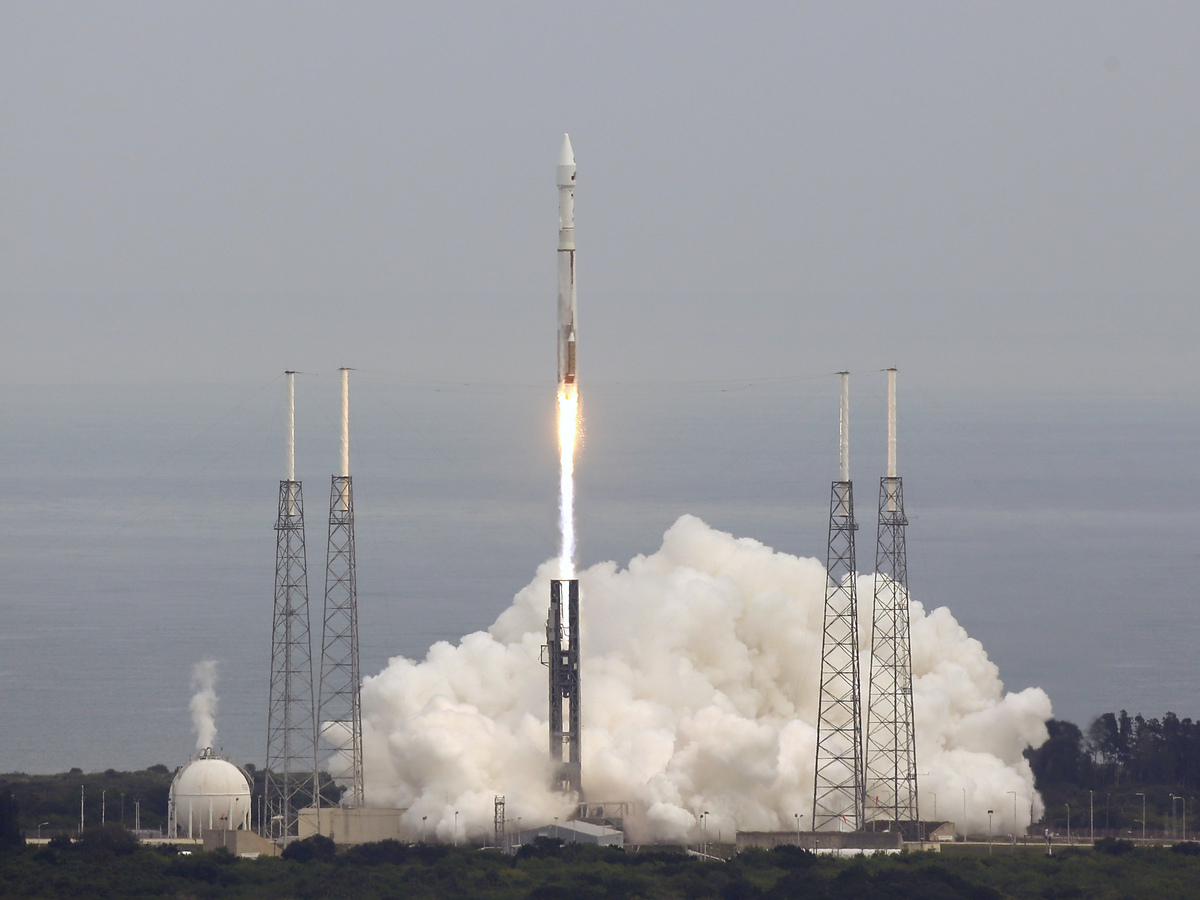 NASA's MAVEN, short for Mars Atmosphere and Volatile Evolution, with a capital "N" in EvolutioN, atop a United Launch Alliance Atlas V rocket, lifts off from Cape Canaveral Air Force Station, on Monday.

NASA's MAVEN explorer blasted off Monday on the first leg of its 440-million-mile journey to Mars, where scientists hope it will answer an ancient question: why the red planet went from warm and wet to cold and dry in a matter of just a billion years.

The robot orbiter, called the Mars Atmosphere and Volatile Evolution probe, launched aboard an Atlas V rocket from Cape Canaveral Air Force Station at 1:28 p.m. EST. It will take 10 months to reach Mars.

"A question underlying all of NASA's Mars missions to date is whether life could have started on what now seems to be a barren world.

" 'We don't have that answer yet, and that's all part of our quest for trying to answer, "Are we alone in the universe?" in a much broader sense,' said John Grunsfeld, NASA's science mission director.

"Unlike the 2011-launched Curiosity rover, Maven will conduct its experiments from orbit around Mars."

According to a NASA fact sheet, "Previous missions to Mars have shown us that the atmosphere and climate have changed over time and found evidence of abundant liquid water on the surface in ancient times, though not today. Scientists want to know what happened to the water and where the planet's thick atmosphere went."

You can see a timeline for the mission here.

"The $671 million mission will investigate the upper atmosphere of the Red Planet, focusing on how the planet lost most of its atmosphere and liquid water.

"After launch in mid-November, the school bus-size spacecraft will embark upon an approximately 10-month journey to Mars. MAVEN is expected to begin orbiting the Red Planet on Sept. 22, 2014."