Accessibility links
University Of Texas Students Cancel 'Catch An Illegal Immigrant Game' : The Two-Way The university said the game was "completely out of line." The Young Conservatives of Texas called off the game, citing the condemnation. 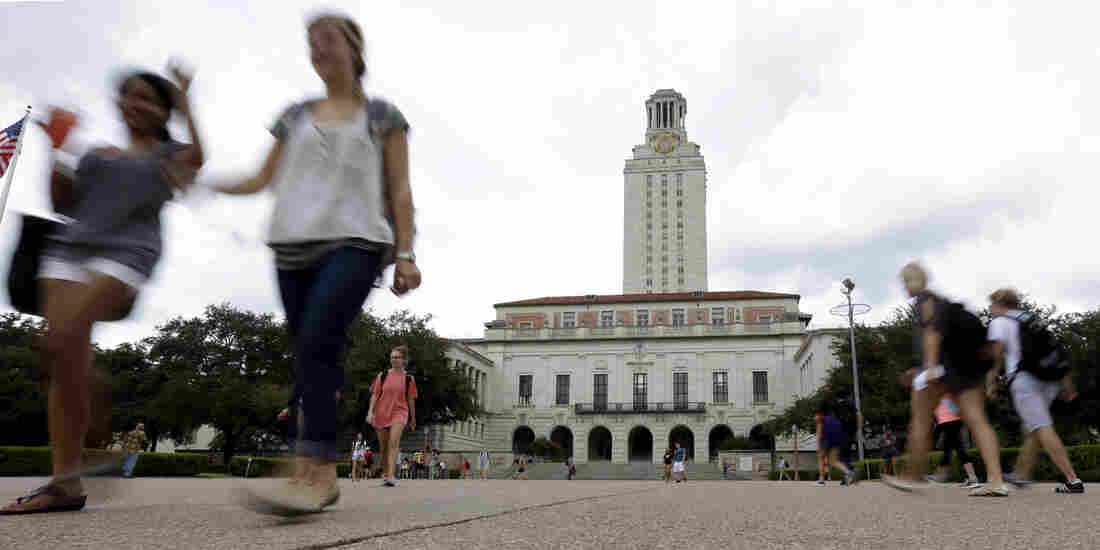 Students walk through the University of Texas at Austin campus near the school's iconic tower in Austin, Texas. Eric Gay/AP hide caption 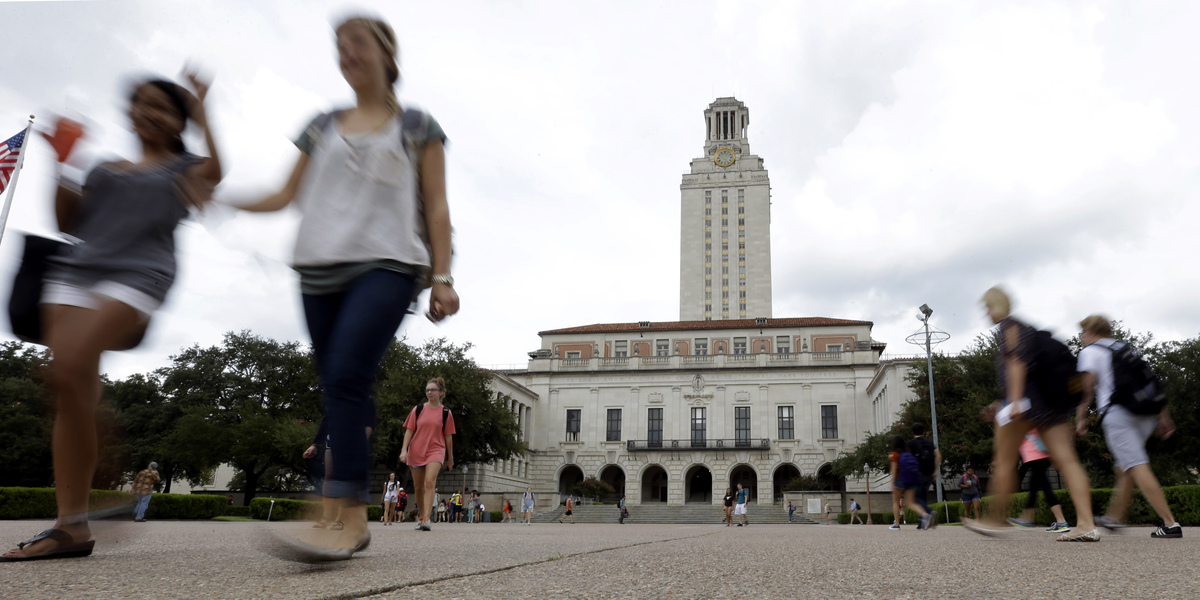 Students walk through the University of Texas at Austin campus near the school's iconic tower in Austin, Texas.

Our friends at NPR member station KUT report the Young Conservatives of Texas has called off a game of "catch an illegal immigrant," which had sparked condemnation from the University of Texas at Austin community at large.

According to KUT, the head of the group's University of Texas chapter, Lorenzo Garcia, said he cancelled the event because he feared retaliation from the university and he also worried that it would "create a safety issue for our volunteers."

A conservative group of students has sparked a heated discussion on the campus of University of Texas at Austin after it announced a game of "catch an illegal immigrant."

The Young Conservatives of Texas say some of its members will walk around campus on Wednesday with an "illegal immigrant" label on them.

"Any UT student who catches one of these 'illegal immigrants' and brings them back to our table will receive a $25 gift card," the group said on its Facebook page. "The purpose of this event is to spark a campus-wide discussion about the issue of illegal immigration, and how it affects our everyday lives."

The school's administrators reacted swiftly, saying the event was "completely out of line with the values" of the university.

"As Americans, we should always visualize our Statue of Liberty and remember that our country was built on the strength of immigration," University of Texas President Bill Powers said in a statement. "Our nation continues to grapple with difficult questions surrounding immigration. I ask YCT to be part of that discussion but to find more productive and respectful ways to do so that do not demean their fellow students."

Gregory J. Vincent, the university's vice president for diversity and community engagement, said in a statement that under Texas law, undocumented students are allowed to enroll at UT and the game encourages the exclusion of a certain population.

Vincent added that the university also values free speech and will not try to stop the game.

The Daily Texan, the university's student newspaper, reports that some students gathered in protest on Monday.

"I think it's classless, childish and racist," Melanie Diamond, a sociology freshman, told the paper. "If they are willing to have an honest discussion about [illegal immigration], that would be OK."

The Associated Press reports that the game is reverberating in the state's upcoming gubernatorial race.

Lorenzo Garcia, who the YCT chapter leader who originally posted the notice about the game on Facebook, was recently employed by Republican Greg Abbott's gubernatorial campaign. The AP adds:

"The Democratic party has been pushing Abbott to state his position on a Texas law that allows children brought into the country illegally by their parents to receive in-state tuition, legislation called the Texas DREAM Act.

" 'While Abbott has said he doesn't support the DREAM Act as it is, he refuses to say what he would change and if he supports it at all,' state Democratic chairman Gilberto Hinojosa said. 'He must come out and immediately denounce Wednesday's event. This style of hatred and fear is not the type of leadership Texas deserves.'

"Abbott's Press Secretary, Avdiel Huerta, said the 'campaign has no affiliation with this repugnant effort.' "

Of course, this reminds us of a 2011 incident at the University of California, Berkeley. As we reported then, young Republicans sparked controversy by holding an "Increase Diversity Bake Sale."

They had planned to charge different prices depending on a customer's race and to give women a discount, but changed course before actual the bake sale.