Accessibility links
Life Is Slowly Returning To Shattered Philippine City : The Two-Way Tacloban was leveled by Typhoon Haiyan. "We have citizens, but no city," an official said. Twelve days later, people in the city of more than 200,000 are getting more help. But of the 13 million or so people affected by the storm, less than half may have received aid so far.

On 'Morning Edition': NPR's Anthony Kuhn, in the Philippines, talks with Steve Inskeep 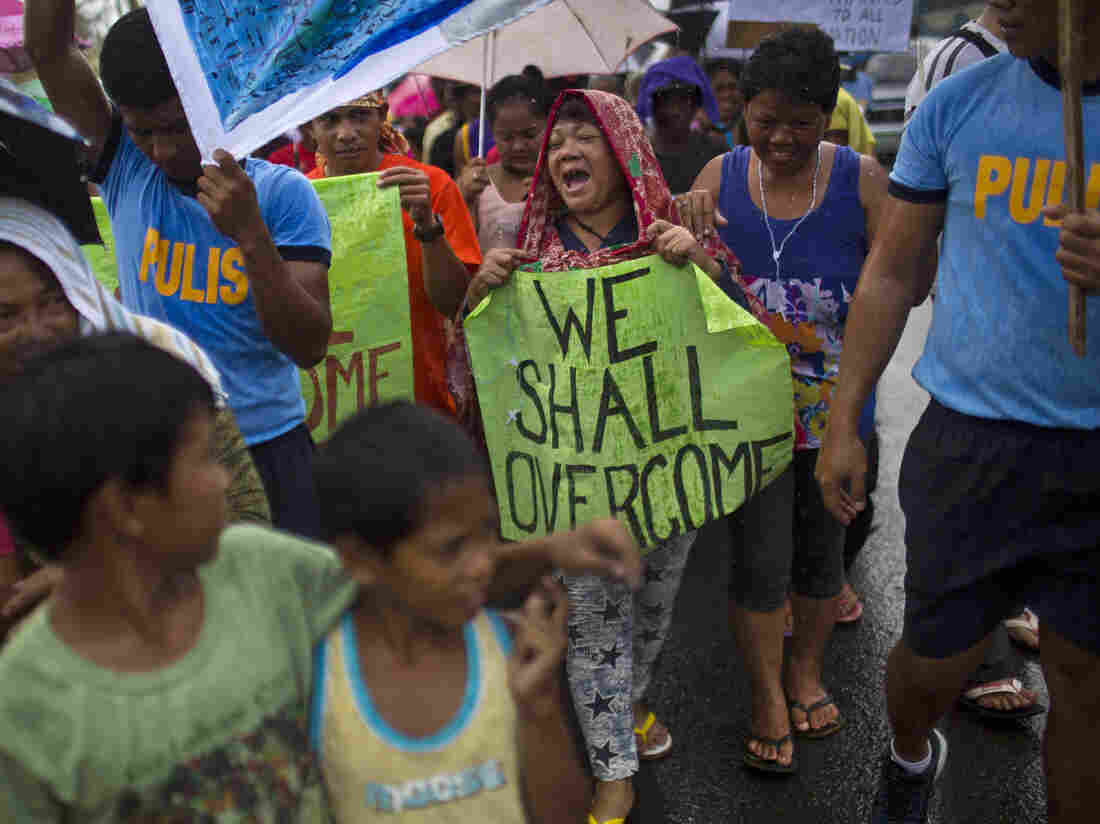 Some people marched in the rain Tuesday in the Philippine city of Tacloban, which was crushed by Typhoon Haiyan. David Guttenfelder/AP hide caption 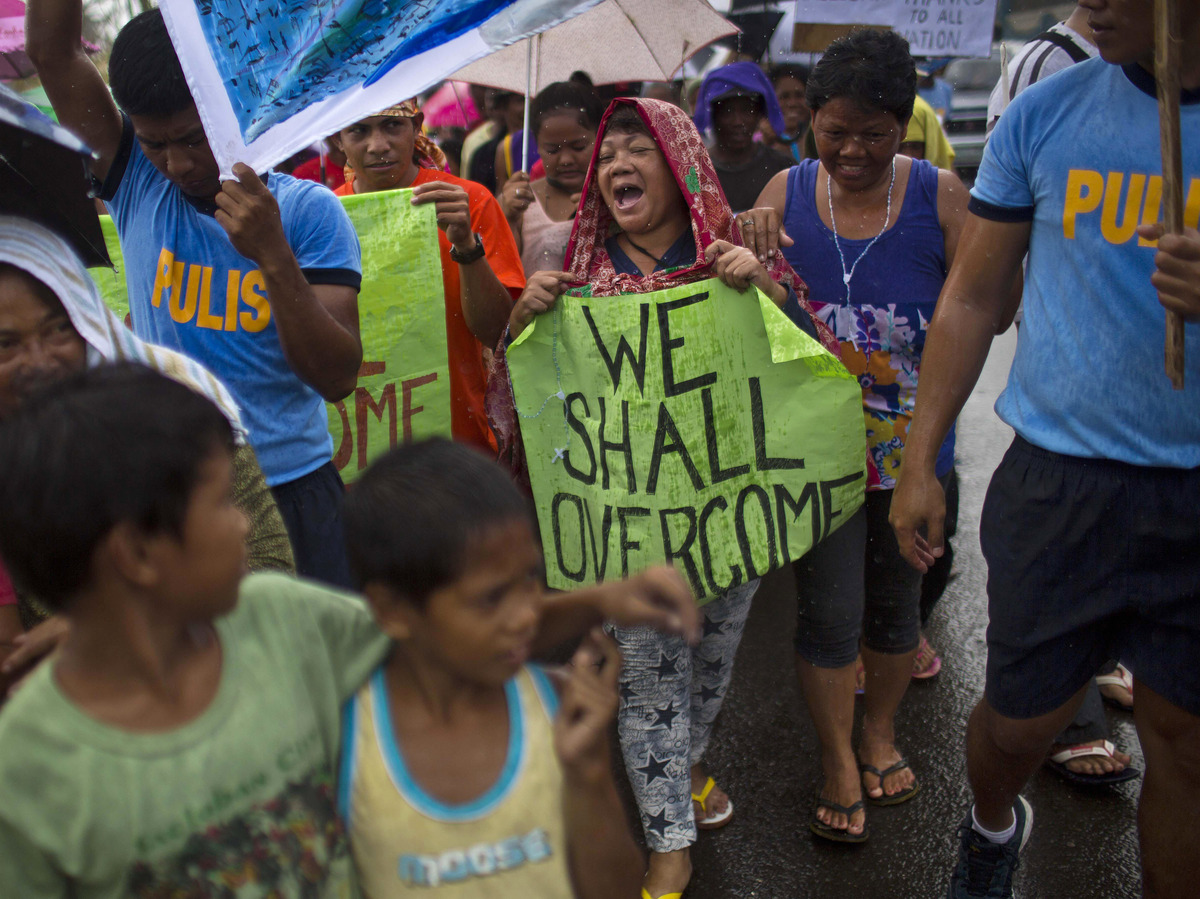 Some people marched in the rain Tuesday in the Philippine city of Tacloban, which was crushed by Typhoon Haiyan.

There was almost nothing left standing or working in the Philippines city of Tacloban after Typhoon Haiyan tore through on Nov. 8.

No electricity. No clean water. No undamaged buildings.

As one official told NPR's Anthony Kuhn, "we have citizens, but no city."

Wednesday on Morning Edition, Anthony told host Steve Inskeep that 12 days later there's "much more life ... you can see people lining up in the streets to get food, water [and] gas" that have been brought in by aid groups and the Philippine and foreign armed forces.

On 'Morning Edition': NPR's Anthony Kuhn, in the Philippines, talks with Steve Inskeep

But he cautioned that while things may be slowly getting better in Tacloban, a city of more than 200,000, "maybe not even half the people" in the Philippines who were affected by the storm have received assistance.

That's a huge number — the U.N. Office for the Coordination of Humanitarian Affairs estimates that 13.2 million people were affected by Haiyan and that more than 4.4 million of those were forced from their homes.

The official death toll, according to the Philippine government's National Disaster Risk Reduction and Management Council, is now 4,011.

Also on Morning Edition, Anthony talked about some of the images that are "seared into my brain":

-- "Flying over fishing villages, looking down at the devastation."

-- "Seeing bodies being buried in the front yard of a church."

-- "Kids finding a drum and playing on it amid the chaos of the evacuation at the airport."

-- "China is sending a state-of-the-art hospital ship to the Philippines following foreign and domestic criticism that it was slow and less than generous in its response." (Reuters)