Accessibility links
Hospitals Say They Had Room To Help Before Virginia Tragedy : The Two-Way Authorities are piecing together what happened at the home of Virginia lawmaker Creigh Deeds. They're also looking into whether Deeds' son Gus could have gotten more psychiatric help the day before he may have attacked his father and then killed himself.

Hospitals Say They Had Room To Help Before Virginia Tragedy

Hospitals Say They Had Room To Help Before Virginia Tragedy 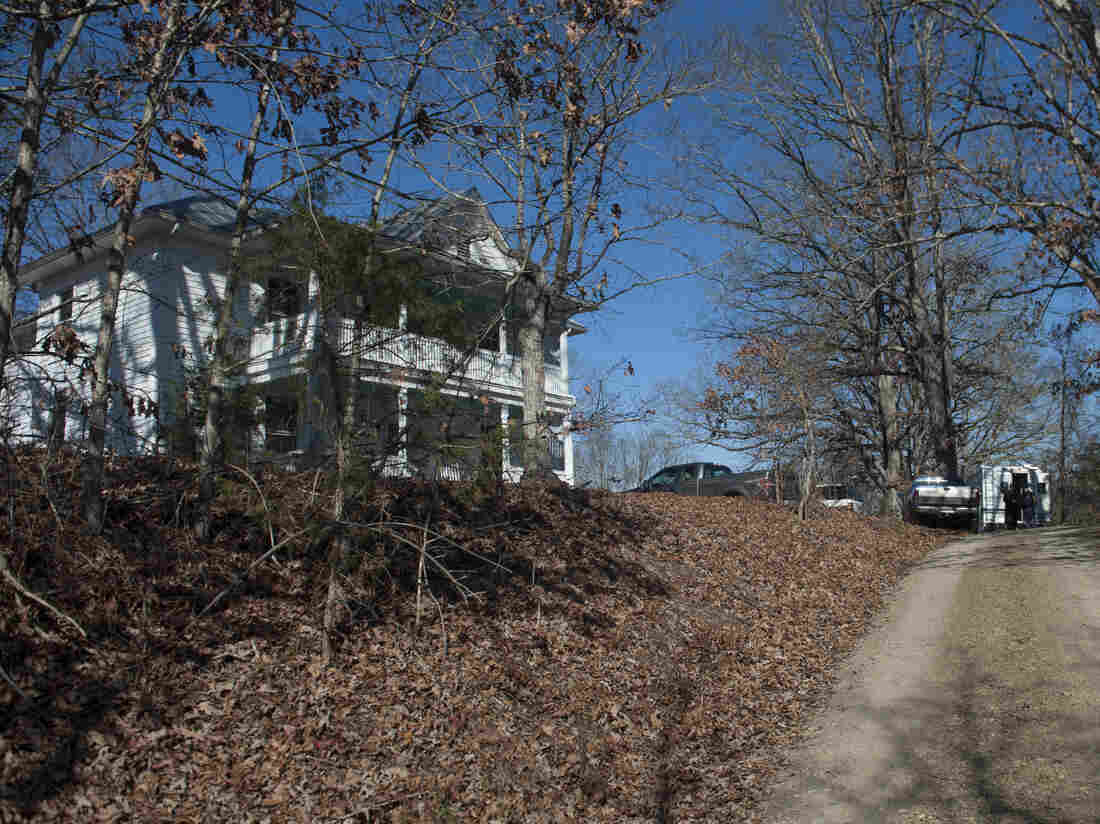 The Millboro, Va., home of state Sen. Creigh Deeds. He was attacked there Tuesday — authorities believe by his son Gus. The younger Deeds then may have fatally shot himself, investigators say. Don Petersen/AP hide caption 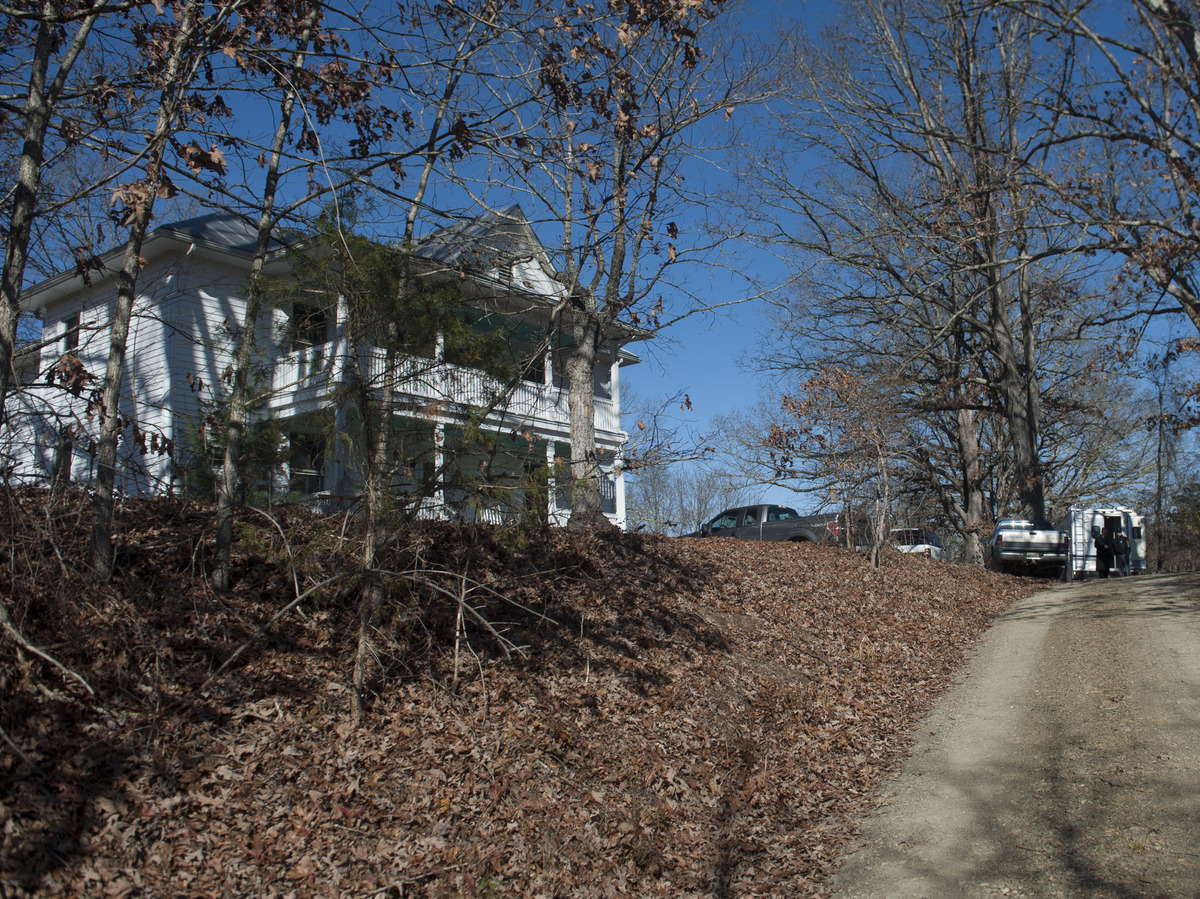 The Millboro, Va., home of state Sen. Creigh Deeds. He was attacked there Tuesday — authorities believe by his son Gus. The younger Deeds then may have fatally shot himself, investigators say.

The Washington Post reports that the state's Office of Inspector General has opened an investigation into why the son of Virginia state Sen. R. Creigh Deeds was released from custody the day before the stabbing.

"'We're going to investigate the circumstances that led up to Austin Deeds's release at the expiration for the emergency custody order,' G. Douglas Bevelacqua, director of the behavior health and developmental services investigations and inspections for the Office of Inspector General.

Bevelacqua declined to elaborate on what the investigation will cover.

'We need to not get ahead of the investigation and it's just starting,' he said."

Update at 2 p.m. ET. Were There Hospitals That Could Have Taken The Son?

"At least three hospitals near Bath County [Va.] had available beds the day before the son of Virginia state Sen. R. Creigh Deeds apparently stabbed his father and then shot himself to death," officials at those facilities told The Washington Post on Wednesday.

That news further complicates the tragic story of what happened at the Deeds home Tuesday. Earlier, as we reported, local officials had said that 24-year-old Gus Deeds was given a mental health evaluation Monday under an emergency custody order — but that he wasn't admitted to a psychiatric facility because none could be found with space for him "across a wide area of Virginia."

Now, the Post's report indicates this might not have been the case: "Officials with Western State Hospital in Staunton, Rockingham Memorial Hospital in Harrisonburg and the University of Virginia Medical Center in Charlottesville — all within two hours of Bath — confirmed Wednesday that the facilities had been in a position to accept Deeds's son but were never asked to."

Our original post from 9:10 a.m. ET — headlined "Tragedy In Virginia Preceded By Son's Psychiatric Evaluation" — and an earlier update have more on the story and where things stood as the day began:

As authorities try to piece together what happened inside the home of a prominent Virginia lawmaker Tuesday, there's word that a lack of space in psychiatric facilities may have played a role in the tragedy.

Creigh Deeds, a state senator and the Democratic Party's 2009 gubernatorial candidate in Virginia, was stabbed multiple times Tuesday morning at the family's home near the border with West Virginia.

When state police got to the scene, they found Deeds' 24-year-old son, Gus, mortally wounded from a gunshot. Though authorities have yet to determine the exact sequence of events, they're working on the theory that the elder Deeds was attacked by his son — and that the younger man may have then shot himself.

Now there's news that indicates the family was trying to deal with a serious problem.

The Richmond Times-Dispatch reports that:

"Gus Deeds had been released Monday after a mental health evaluation performed under an emergency custody order, an official said. ...

"Dennis Cropper, executive director of the Rockbridge Area Community Services Board, [said] that the emergency custody order, or ECO, allowed Gus Deeds to be held as long as four hours to determine whether he should be kept longer, up to 48 hours, under a temporary detention order.

"The son was evaluated Monday at Bath Community Hospital, Cropper said, but was released because no psychiatric bed could be located across a wide area of Virginia."

In another story, the Times-Dispatch reports that some of those who knew Gus Deeds are stunned. At the College of William and Mary, where Deeds had attended classes in recent years, he's "remembered not as a troubled young man but as an exuberant and talented musician," the newspaper says.

Brian Hulse, an associate professor of music theory and composition, says of Gus Deeds that, "I adored the kid and thought he was a really special, unique person." He had "a wide, expansive personality."

Mary Brennan, a junior at the college, tells the Times-Dispatch that Deeds "always wanted to talk about you or, if he did talk about himself, it was to tell you a story to make you smile."

The Associated Press adds that "Del. David Toscano, D-Charlottesville, whose district overlaps with Deeds', said in a statement: 'Sen. Deeds was very close to his son, Gus, and has taken herculean efforts to help him over the years. Our thoughts and prayers are with Creigh and the family at this difficult time.' "

The elder Deeds is in fair condition at the University of Virginia Medical Center in Charlottesville.