Accessibility links
'Good Lord Bird,' 'The Unwinding' Win National Book Awards : The Two-Way A visibly shocked James McBride picked up the fiction prize for his novel The Good Lord Bird about a young slave who joins up with abolitionist John Brown. The nonfiction award was won by George Packer for The Unwinding: An Inner History of the New America.

James McBride won the prestigious National Book Award for fiction on Wednesday for his novel The Good Lord Bird about a young slave who joins the abolitionist John Brown in his anti-slavery mission. Also honored were George Packer, who won in the nonfiction category, Mary Szybist, for poetry, and Cynthia Kadohata, for young people's literature.

"Nerd prom" is the nickname affectionately given to the White House Correspondents' Dinner, but it might be an even more apt title for the National Book Awards. 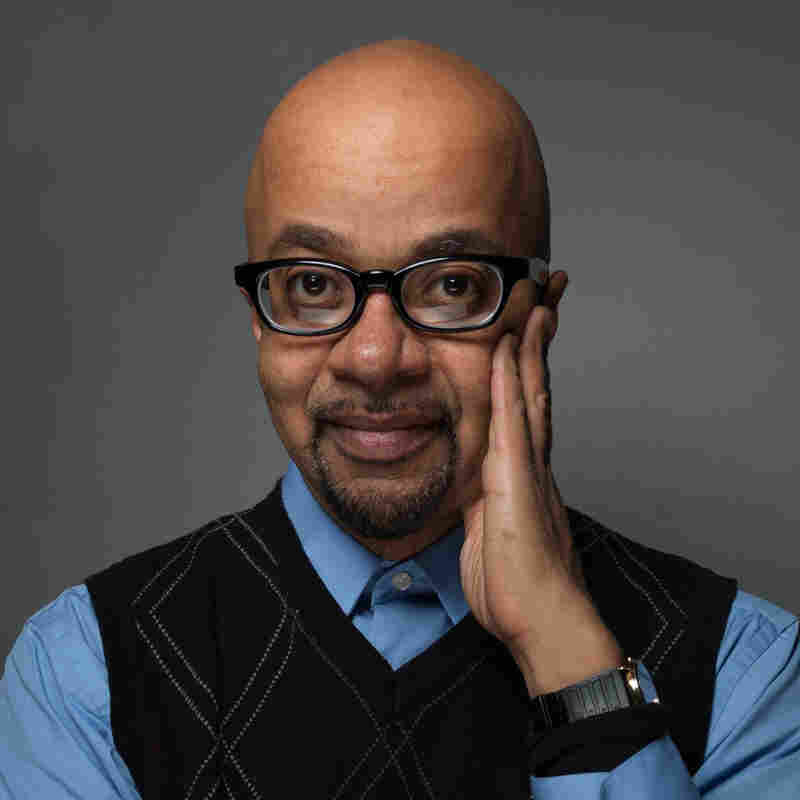 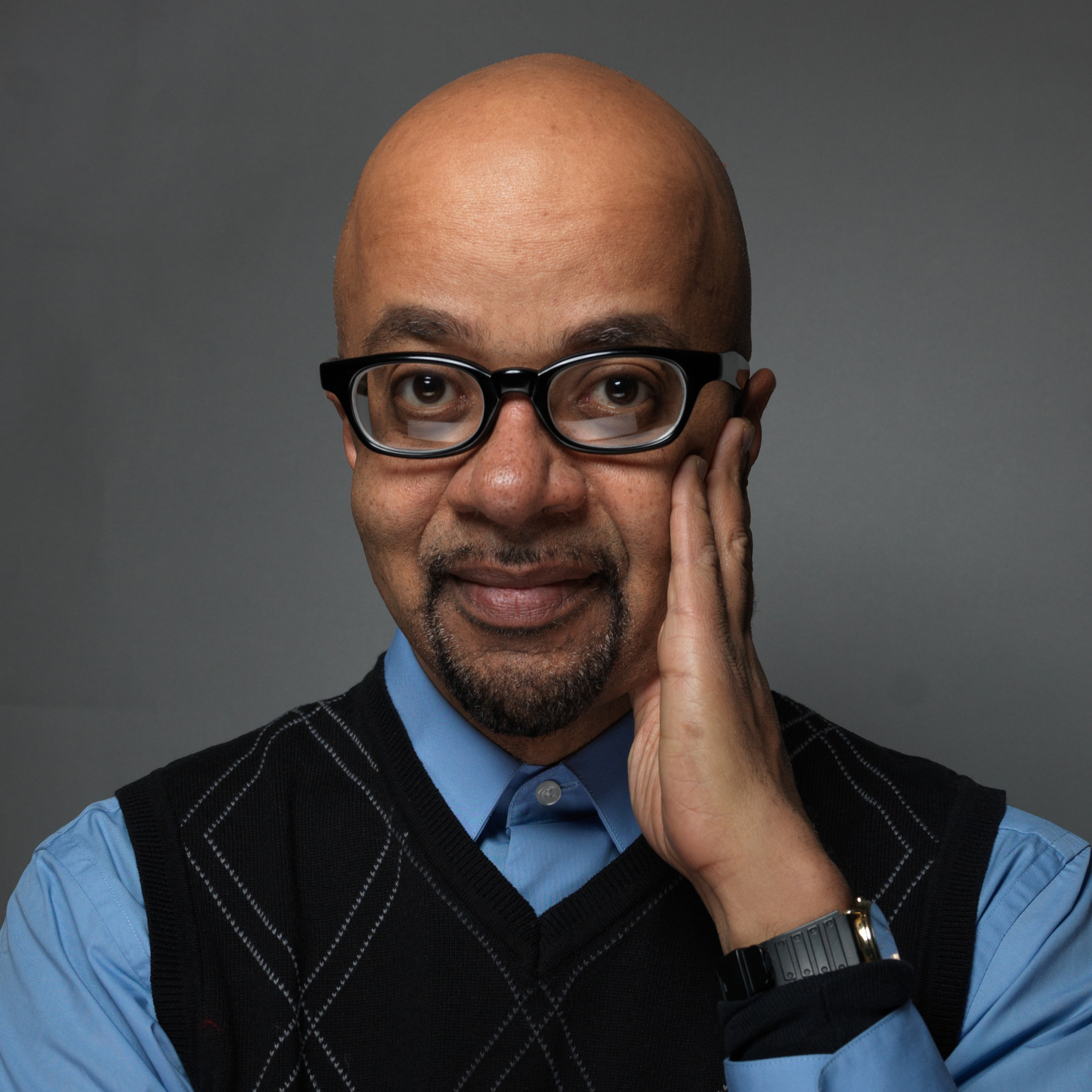 Author James McBride won the 2013 National Book Award for fiction for The Good Lord Bird, about the journey of a young slave in the 1850s.

On Wednesday evening, book writers and readers gathered at New York City's Cipriani Wall Street in tuxedos and gowns (along with fisherman sweaters, thick glasses and at least one pair of clogs) to celebrate the best books of 2013. An annual black tie ceremony with prizes in fiction, nonfiction, poetry and young people's literature, it is a party that (as the evening's host Mika Brzezinski noted) Fran Lebowitz once called "the Oscars without money."

A visibly shocked McBride accepted the fiction prize. Considered the clear underdog, he said he wouldn't have minded if any of the other finalists won because they "are all fine writers."

McBride noted in his speech that his book's young slave narrator, Little Onion, was the friend he leaned on during the death of his mother and the dissolution of his marriage.

In a recent interview with NPR's Weekend Edition Saturday, McBride talked about finding Little Onion's narrative voice: "I love the language of, you know, the old, black, country man with a blues guitar and ... boots and the quick banter. ... I just love that voice and I wanted this character to be an old man looking back on his life and then telling a, just a grand whopper."

Asked after his speech what he planned to do next, McBride told NPR that he would go home, "thank God" and feed his cat. 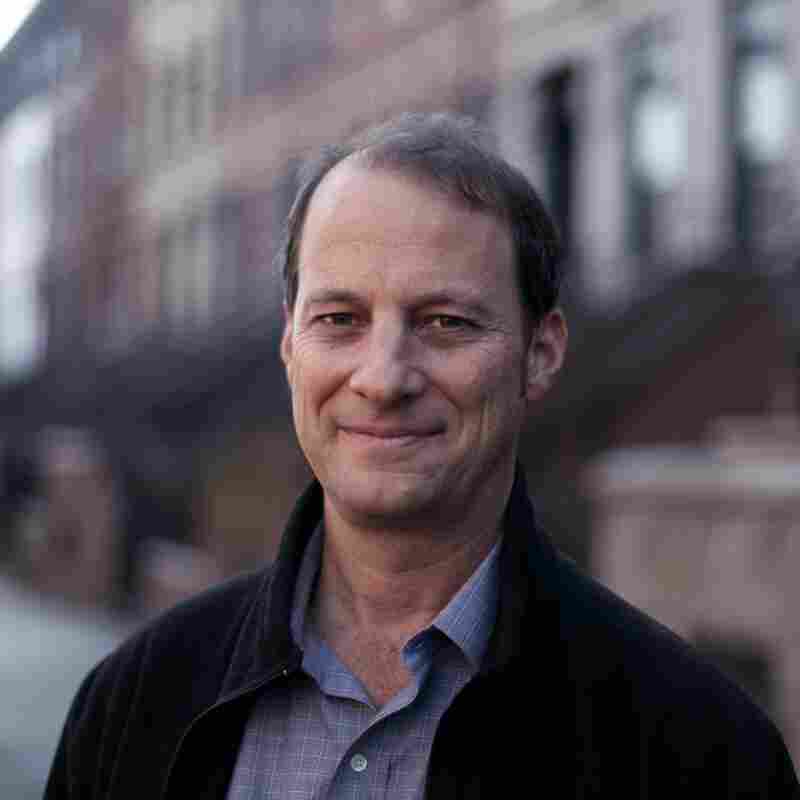 The award for nonfiction went to George Packer for The Unwinding: An Inner History of the New America. Guillermo Riveros/Farrar, Straus and Giroux hide caption 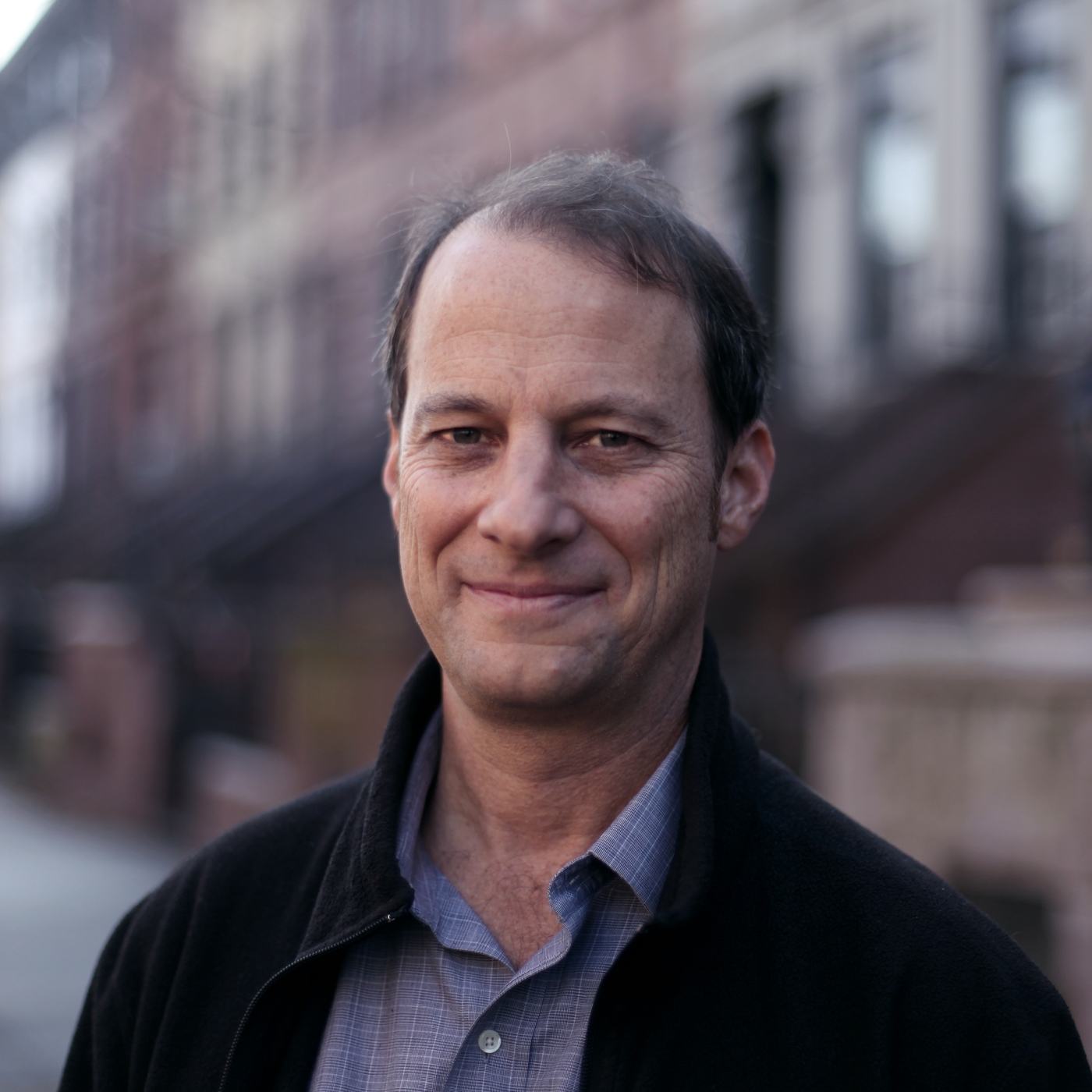 The award for nonfiction went to George Packer for The Unwinding: An Inner History of the New America.

The award for nonfiction went to George Packer for The Unwinding: An Inner History of the New America. Through a series of profiles, he paints a portrait of an America where the "structures that had been in place before your birth collapse like pillars of salt across the vast visible landscape — the farms of the Carolina Piedmont, the factories of the Mahoning Valley, Florida subdivisions, California schools."

Packer thanked the subjects of his profiles for the "great gift of trusting me with their stories and allowing me into their lives so I could try to illuminate some of what's gone wrong with America in the last generation and in their own lives, some of what's gone right."

Mary Szybist won the poetry award for her relentlessly inventive collection of poems Incarnadine. Fighting tears, she said, "Sometimes when I find myself in a dark place, I lose all taste for poetry." But the "miracle," she said, is rediscovering "how much it can do ... how much it does do."

For NPR, the critic Craig Morgan Teicher wrote earlier this year that "Szybist is a humble and compassionate observer of the complicated glory of the world and humanity's ambivalent role in it, as inheritors and interlopers."

Cynthia Kadohata, who won the award in young people's literature for her book The Thing About Luck, said she didn't prepare an acceptance speech because it was "bad luck."

In her novel, a young girl and her brother see their kouun (good luck in Japanese) run out when their parents are called back to Japan and they must stay with their grandparents and help harvest wheat. The judges wrote that Kadohata has "created a compassionate, gentle, and humorous book, exploring generational and cultural differences, the fragility of life, and the weighty yet cherished ties of family."

Hear The Winners Read From Their Works

Also honored Wednesday night were Maya Angelou and E.L. Doctorow, who were both given lifetime achievement awards.

Toni Morrison introduced Angelou, saying that her autobiography I Know Why the Caged Bird Sings "opened the door to our inside, our interior, minus the white gaze or sanction." Morrison added, "Dr. Maya Angelou, you improve our world by drawing from us — forcing from us — our better selves."

Angelou, who rolled on stage in a wheelchair to accept the award, responded that "the old folks say it takes one to know one." Once, during her speech, she began to sing, "When it looks like the sun ain't gonna shine no more, God put a rainbow." Smiling at the crowd, she said, "You are rainbows in my cloud."

Doctorow, who was introduced by editor and publisher Victor Navasky, gave a somber speech about the Internet, "something that has swept through our lives." He said it will produce "infinite manifestations of human genius and human inadequacy," warning against corporate and government surveillance.

Doctorow also cited a recent PEN study concluding that a significant number of writers avoid controversial topics in their work for fear of government surveillance. He called it a battle, saying, "I don't have to remind us that everyone in this room is in the free-speech business."