Accessibility links
Death Toll In The Philippines Rises Above 5,000 : The Two-Way The number of people confirmed killed by Typhoon Haiyan continues to increase. Authorities are finding more victims as they search destroyed buildings and as they reach remote areas.

Death Toll In The Philippines Rises Above 5,000

Death Toll In The Philippines Rises Above 5,000 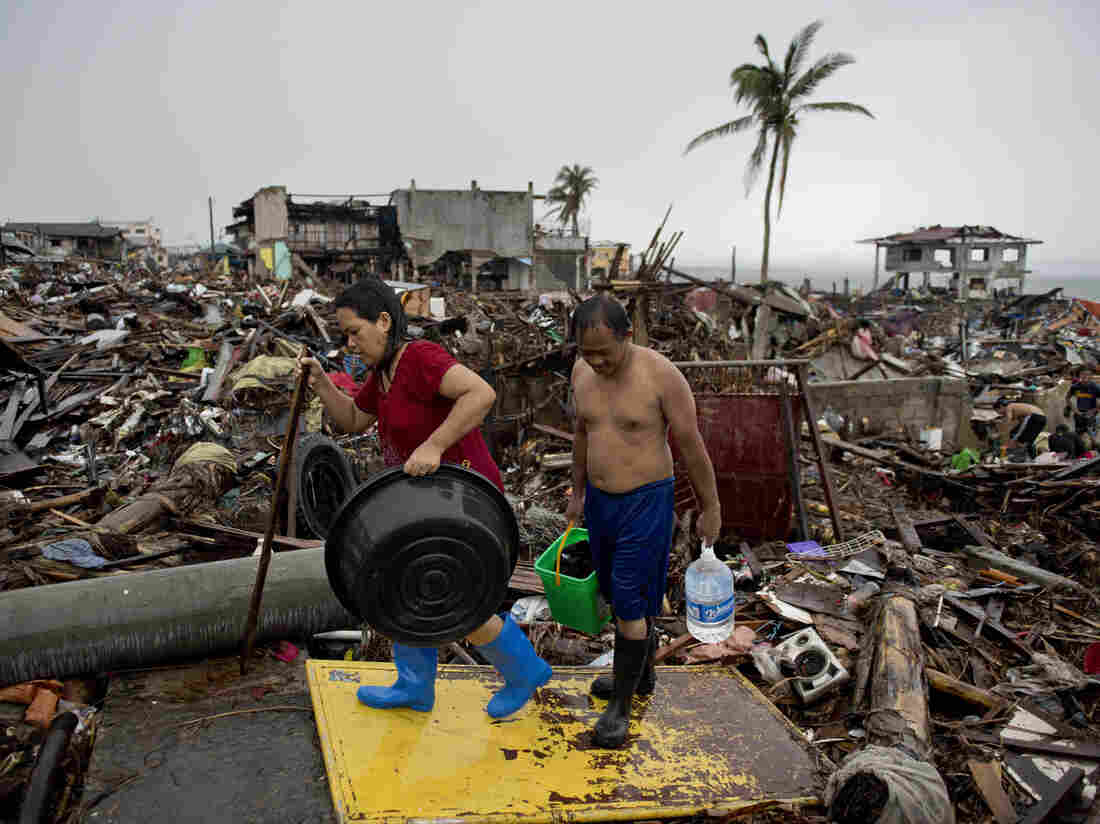 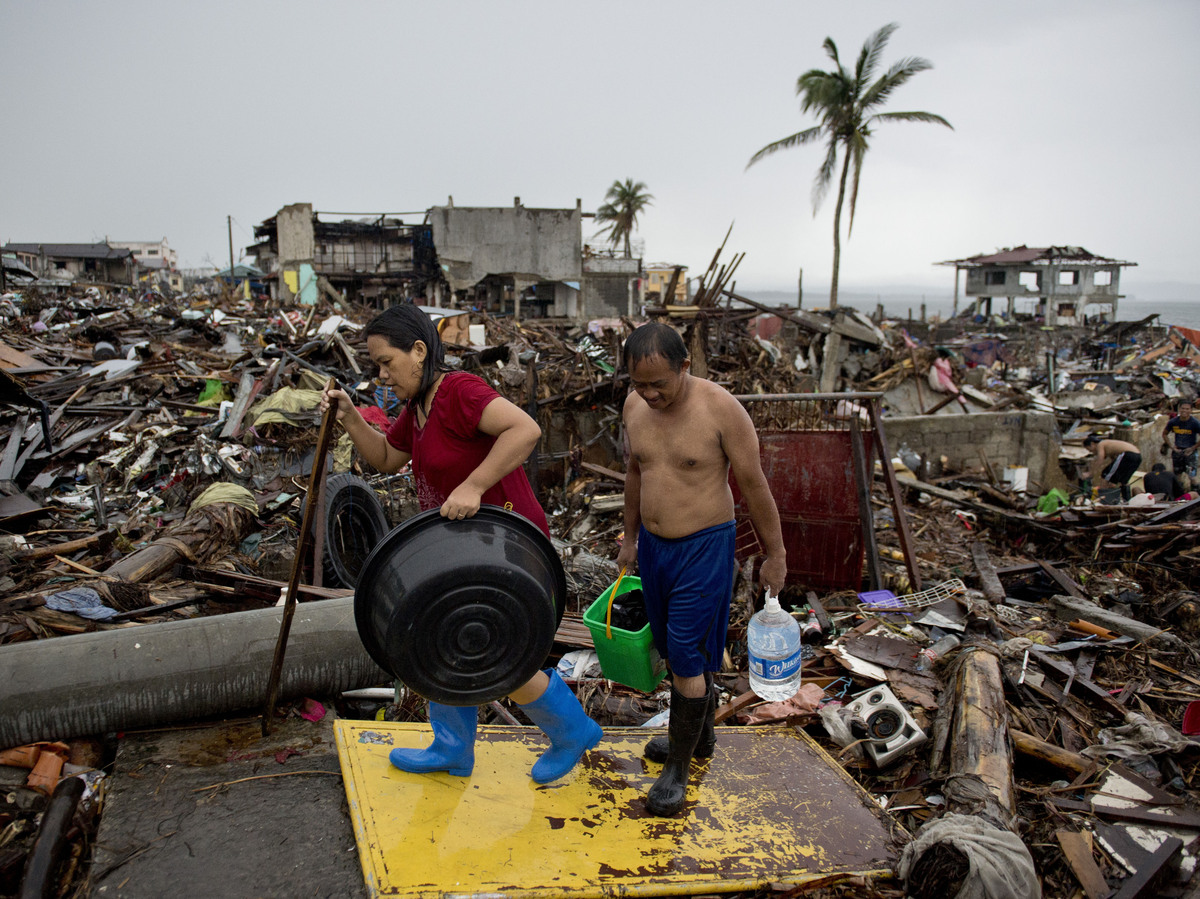 Friday in Tacloban, the Philippines, survivors continued to sift through the rubble.

As feared, the number of confirmed deaths in the Philippines from Typhoon Haiyan continues to rise as authorities search through destroyed buildings and as they reach remote areas that were devastated when the storm blew through on Nov. 8.

According to The Philippine Star, most of the deaths occurred in "Tacloban City, Tanauan and Palo towns in Leyte province. ... Earlier, Interior and Local Government Secretary Mar Roxas announced that the death toll was 4,919. The data, however, was only for Eastern Visayas. Other parts of the Visayas and some parts of Luzon, including Palawan and Mindoro, were also struck by the super typhoon."

United Nations officials estimate that 13.3 million people in the Philippines were affected by the storm, with 4.3 million of them forced from their homes.

NPR's Frank Langfitt this week visited one village that was hit hard by Haiyan. He says the people there aren't sure how to go forward. Many made their livings by harvesting coconuts for making wine. "But there are thousands of coconut trees here and they've all been knocked down," Frank reports. "They say it will take another seven years to replant and begin harvesting again. ... So one of the questions is where does a village like this go economically?"