Accessibility links
Disaster In Latvia As Store's Roof Collapses, Killing Dozens : The Two-Way A massive hole opened up as much of a supermarket's roof fell down on shoppers and store employees. Several firefighters who responded to the scene were also killed by falling debris. 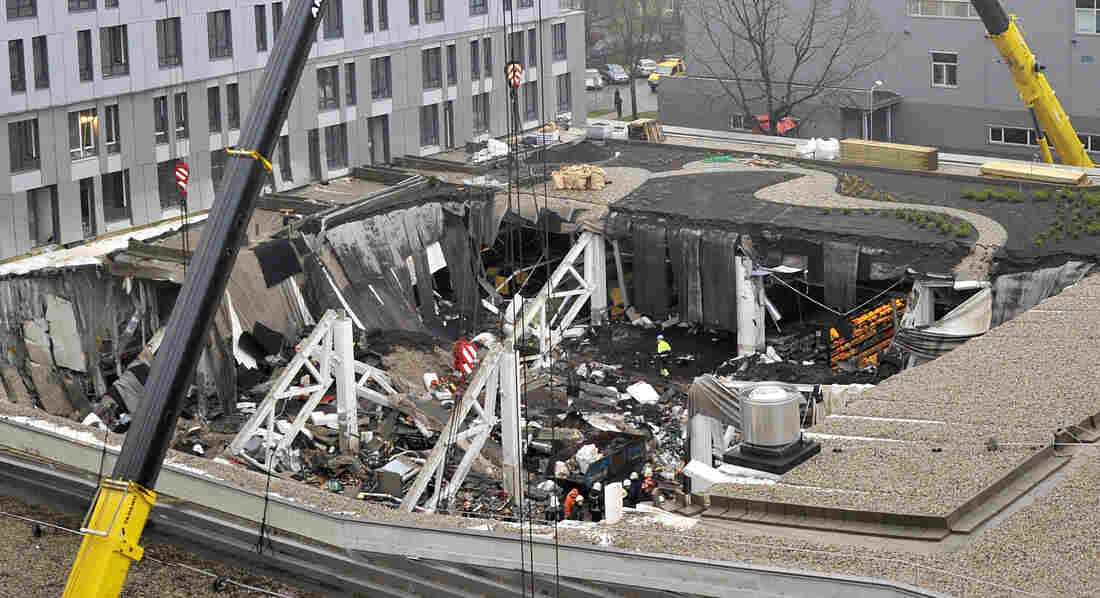 A view from above of what remains of the Maxima supermarket in a suburb of Riga, Latvia, after Thursday's roof collapse. Roman Koksarov/AP hide caption 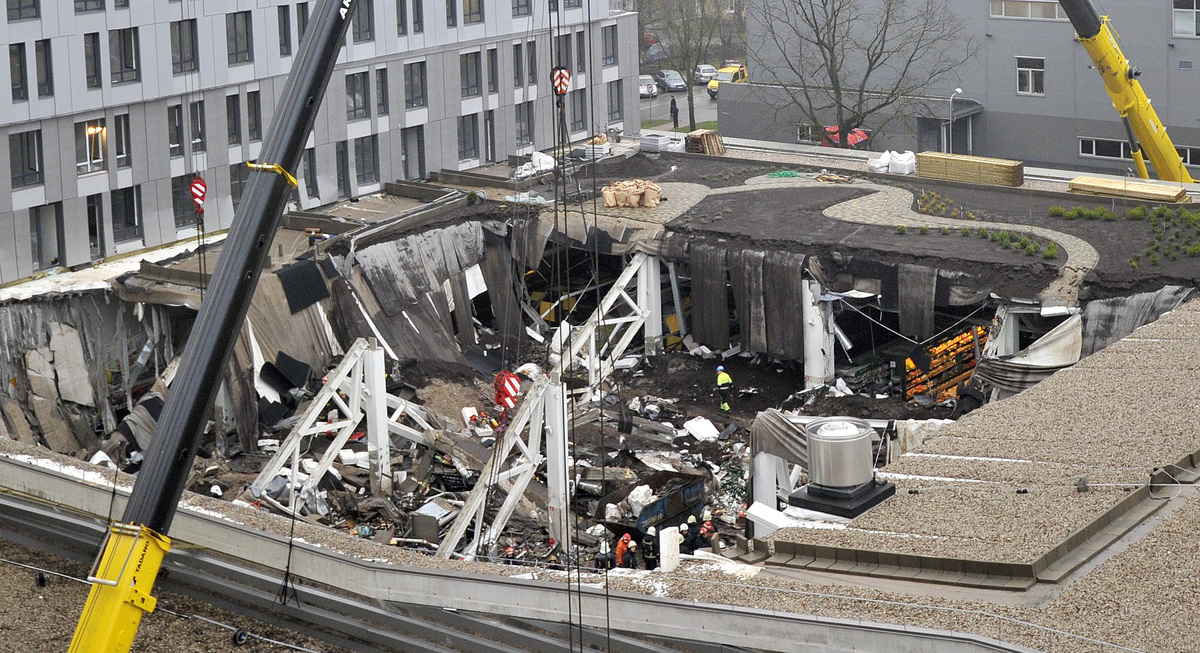 A view from above of what remains of the Maxima supermarket in a suburb of Riga, Latvia, after Thursday's roof collapse.

The view from above is chilling at the scene of a disaster in a suburb of the Latvian capital of Riga, where the roof of a supermarket collapsed Thursday evening.

More than 30 people are known to have been killed and the death toll could go even higher, the BBC reports.

From above, a massive hole can be seen. Construction of a rooftop garden had been underway at the Maxima supermarket, The Baltic Course reports. The head of the Riga Construction Board says some materials may have been stacked in places where there wasn't enough support for their weight.

According to the BBC, "witnesses said customers tried to run out after the first part of the roof collapsed but the supermarket's electronic doors closed, trapping them inside."

The Baltic Times writes that "among the dead are three firefighters, said emergency services. ... The Riga supermarket tragedy has become the largest loss of life in an incident in the country since the restoration of independence [in 1990]."