Accessibility links
Duke Energy Pleads Guilty Over Eagle Deaths At Wind Farms : The Two-Way Golden eagles are protected by federal law. Still, this is the first prosecution of its kind, despite the fact that dozens of eagles are killed by wind energy facilities each year. 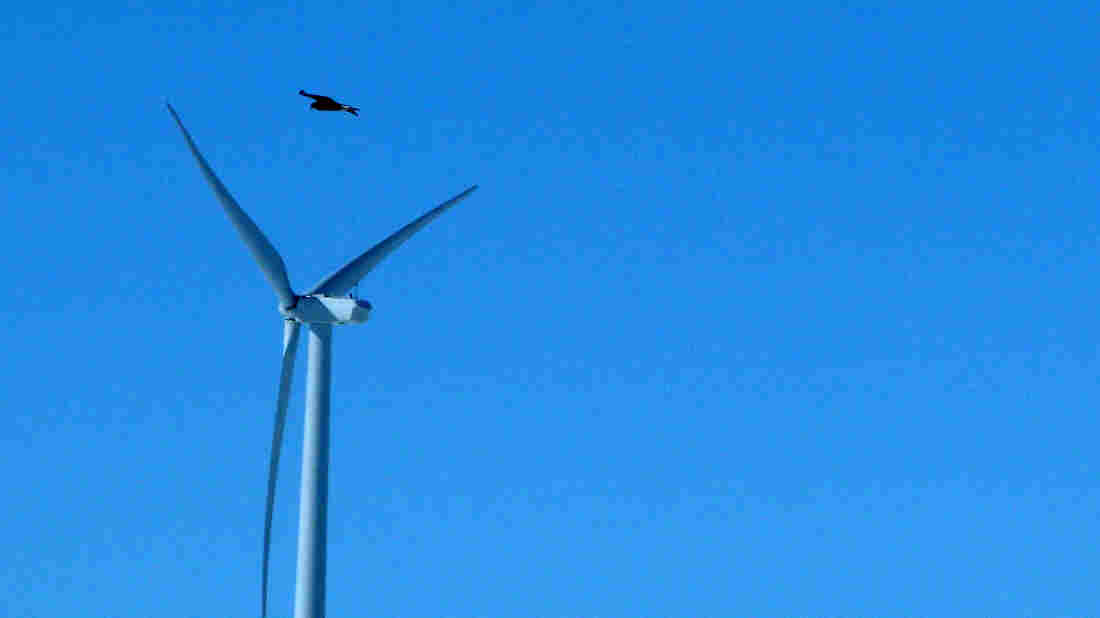 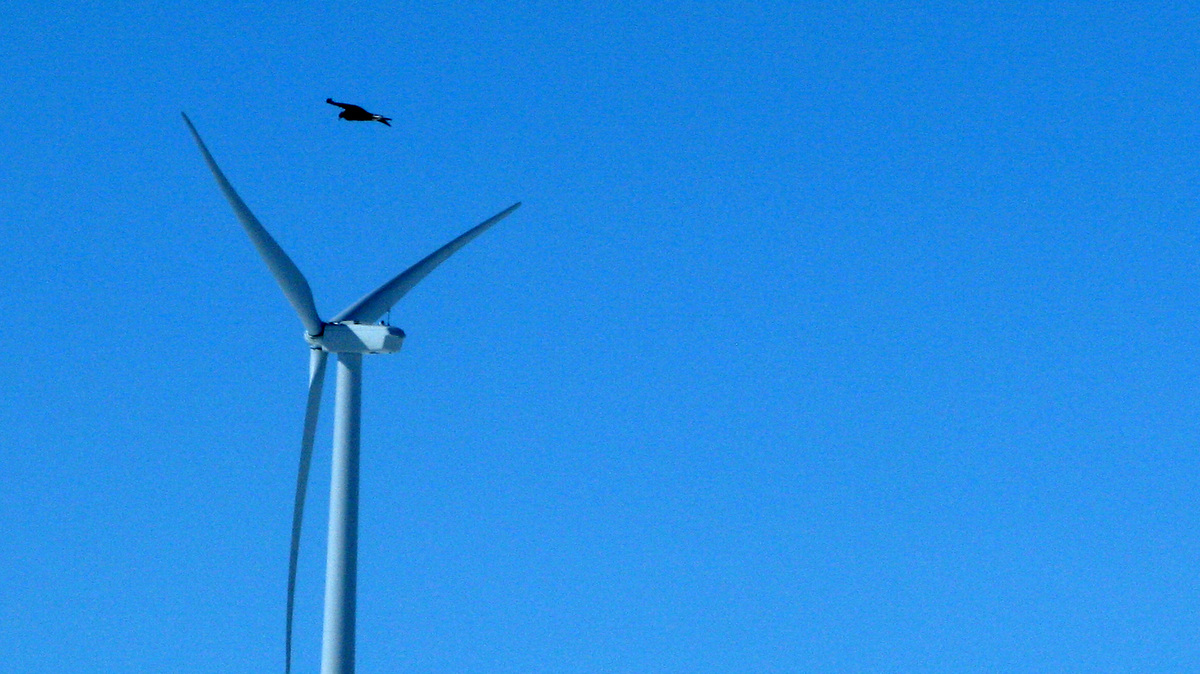 A golden eagle is seen flying over a wind turbine on Duke Energy's Top of the World wind farm in Converse County, Wyo.

In a settlement reached with the Department of Justice, Duke Energy Renewables pleaded guilty in the deaths of 14 golden eagles and 149 other migratory birds at two of its wind energy facilities in Wyoming.

The AP's Dina Cappiello, who has been reporting on the impact wind farms are having on birds, writes that this is the first prosecution of its kind, even though birds are protected by the Migratory Bird Treaty Act. In other words, each one of those deaths is a federal crime, unless the energy companies obtained a permit to "take" the birds. As Cappiello reports, none of the energy companies that run wind farms have applied for permits.

"We deeply regret the impacts to golden eagles at two of our wind facilities," Duke Energy President Greg Wolf said in a statement. "We have always self reported all incidents, and from the time we discovered the first fatality, we've been working closely with the Fish and Wildlife Service to take proactive steps to correct the problem."

In its press release, Duke said the two sites were developed before the USFWS released guidelines to reduce the risk of killing eagles. The company also said it was now taking new measures to try to mitigate the risk to birds.

One of those involves a radar system that detects eagles and stops the turbine when they get near.

The Justice Department argues that Duke went through with the project even though it knew it would cause avian deaths.

"To its credit, once the projects came on line and began causing avian deaths, Duke took steps to minimize the hazard, and with this plea agreement has committed to an extensive compliance plan to minimize bird deaths at its Wyoming facilities and to devote resources to eagle preservation and rehabilitation efforts," Robert G. Dreher, acting assistant attorney general for the Justice Department's Environment and Natural Resources Division, said in a statement.

" 'Wind energy is not green if it is killing hundreds of thousands of birds,' said George Fenwick, president of the American Bird Conservancy, which supports properly sited wind farms. 'The unfortunate reality is that the flagrant violations of the law seen in this case are widespread.'

"There could be more enforcement. The Fish and Wildlife Service is investigating 18 bird-death cases involving wind-power facilities, and about a half-dozen have been referred to the Justice Department.

"Wind farms are clusters of turbines as tall as 30-story buildings, with spinning rotors as wide as a passenger jet's wingspan. Though the blades appear to move slowly, they can reach speeds up to 170 mph at the tips, creating tornado-like vortexes. Eagles are especially vulnerable because they don't look up as they scan the ground for food, failing to notice the blades until it's too late."