Accessibility links
Deal Reached To Limit Iran's Nuclear Program : The Two-Way President Obama called the breakthrough "the most significant and tangible progress" with Iran since he took office. The preliminary agreement between Iran and six world powers provides some sanction relief in exchange for Iran rolling back parts of its nuclear program. 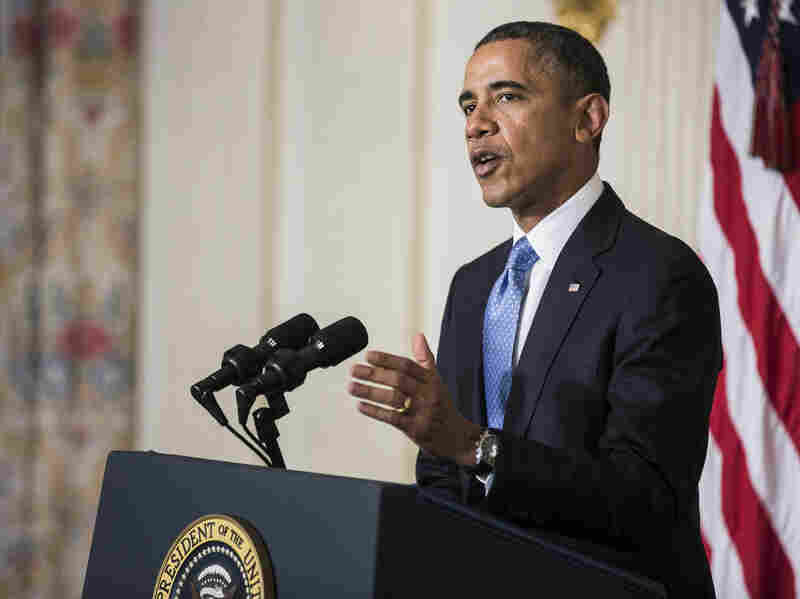 During a rare Saturday night address, Obama told the country that while this is "just a first step, it achieves a great deal." Pool/Getty Images hide caption 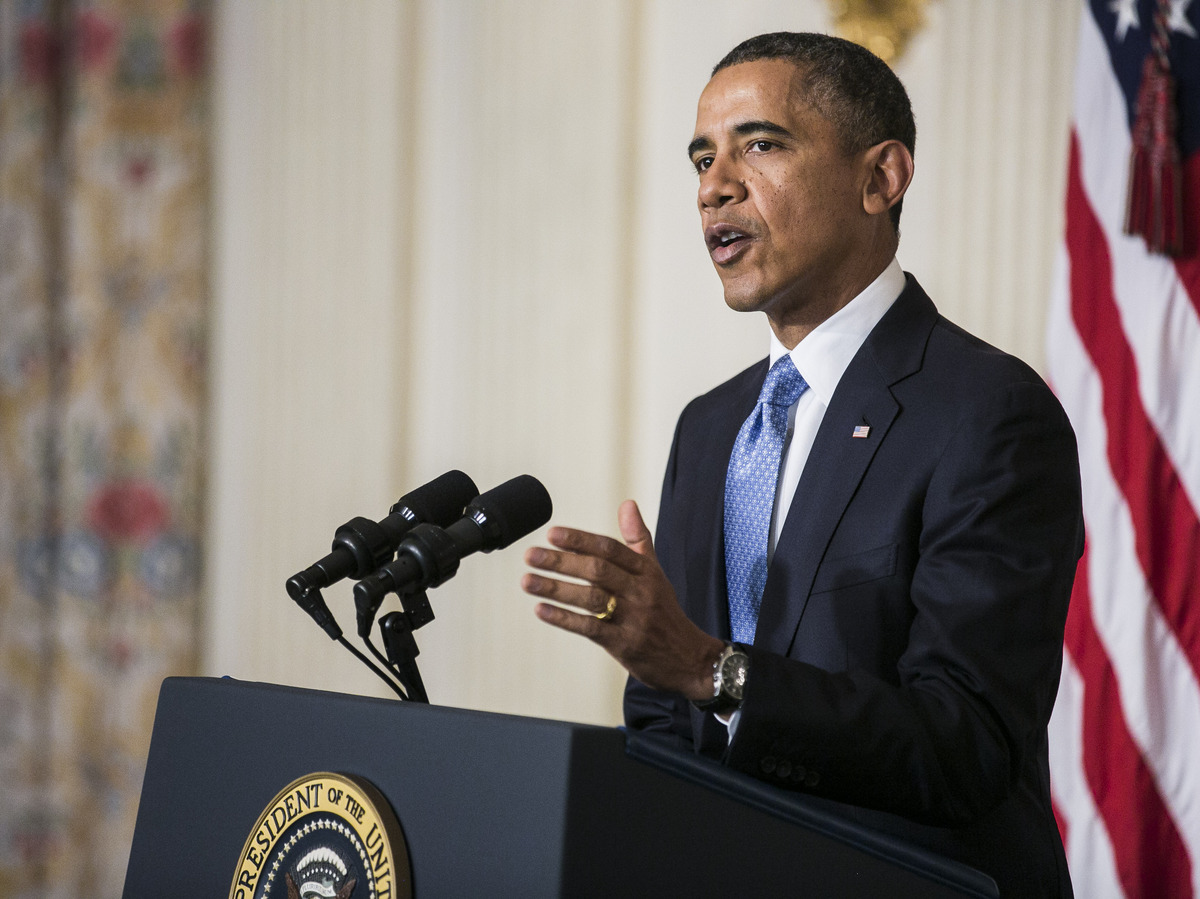 During a rare Saturday night address, Obama told the country that while this is "just a first step, it achieves a great deal."

Iran and six world powers have reached a preliminary agreement in Geneva on curbing Tehran's nuclear program in exchange for some sanctions relief.

In a late-night statement from the White House, President Obama called the breakthrough "the most significant and tangible progress" with Iran since he took office. It calls for specific actions over the next six months, while negotiations continue on a longer-term deal.

"These are substantial limitations which will help prevent Iran from building a nuclear weapon. Simply put, they cut off Iran's most likely paths to a bomb. Meanwhile, this first step will create time and space over the next six months for more negotiations to fully address our comprehensive concerns about the Iranian program. And because of this agreement, Iran cannot use negotiations as cover to advance its program."

Obama also said sanctions had pushed Iran to the negotiating table, and he cited warming relations with Iran's new president, Hassan Rouhani, for the agreement.

In a statement, the White House reported the seven nations "reached a set of initial understandings that halts the progress of Iran's nuclear program and rolls it back in key respects. These are the first meaningful limits that Iran has accepted on its nuclear program in close to a decade."

Secretary of State John Kerry told reporters that the U.S. and its allies — particularly Israel, Iran's archenemy — will be safer with this first-step deal.

Israel, however, is furious over the deal. Prime Minister Benjamin Netanyahu called it a "historic mistake," and said it makes the world a more dangerous place.

The agreement "gives Iran exactly what it wanted — a serious lessening of sanctions as well as preserving the most significant parts of its nuclear program," an official in Netanyahu told Israeli newspaper Haaretz.

Intelligence Minister Yuval Steinitz says the agreement is based on "Iranian deception and self-delusion," and that the world has no cause to celebrate.

Elements Of The Deal

Reuters reported: "Iran will get access to $4.2 billion in foreign exchange as part of an agreement under which it will curb its nuclear program in exchange for limited sanctions relief, a Western diplomat said on Sunday."

The New York Times said the deal would "halt much of Iran's nuclear program and roll some elements of it back." The paper adds:

"The freeze would last six months, with the aim of giving international negotiators time to pursue the far more challenging task of drafting a comprehensive accord that would ratchet back much of Iran's nuclear program and ensure that it could be used only for peaceful purposes. ...

"According to the accord, Iran would agree to stop enriching uranium beyond 5 percent. To make good on that pledge, Iran would dismantle the links between networks of centrifuges.

"All of Iran's stockpile of uranium that has been enriched to 20 percent, a short hop to weapons-grade fuel, would be diluted or converted into oxide so that it could not be readily used for military purposes.

"No new centrifuges, neither old models nor newer more efficient ones, could be installed. Centrifuges that have been installed but which are not currently operating — Iran has more than 8,000 such centrifuges — could not be started up. No new enrichment facilities could be established.

"The agreement, however, would not require Iran to stop enriching uranium to a level of 3.5 percent or dismantle any of its existing centrifuges."

In addition to Iran, the deal involved the United States, the U.K., Russia, China, France and Germany.

Obama classified the deal as providing "modest relief" for Iran "while continuing to apply our toughest sanctions."

"Iran, like any nation, should be able to access peaceful [nuclear power]," Obama said. But he said Iran must prove its nuclear program is solely for peaceful purposes.

We will update this post as details become available.