Accessibility links
As Storms Spread, Thanksgiving Travel Is Looking Tricky : The Two-Way If you're among the millions of Americans heading "over the river, and through the wood" to a loved one's home for the holiday, there could be rain, snow and sleet in your path. 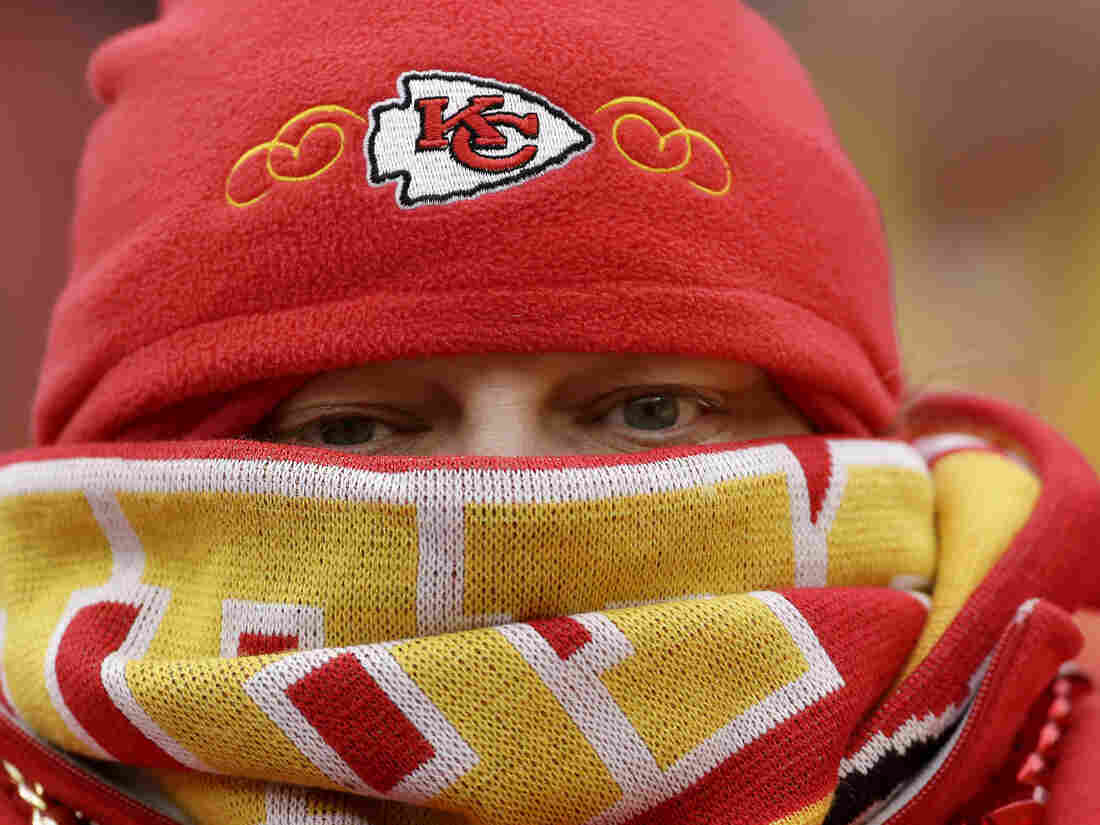 Brrr. This Chiefs fan was bundled up Sunday in Kansas City. Cold, stormy weather is spreading across much of the nation. Charlie Riedel/AP hide caption 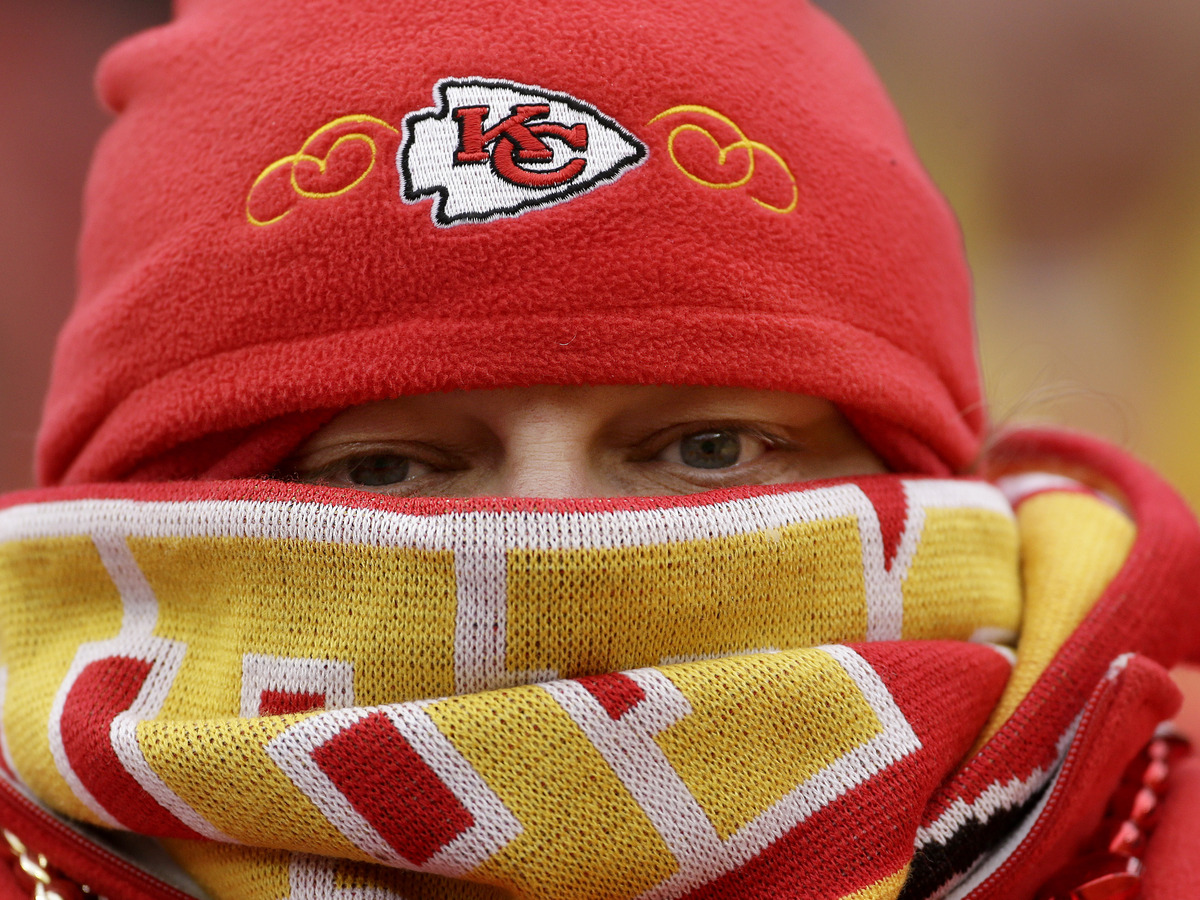 Brrr. This Chiefs fan was bundled up Sunday in Kansas City. Cold, stormy weather is spreading across much of the nation.

Flight cancellations have piled up on the website of Dallas/Fort Worth International Airport as the winter storm that hit parts of the western U.S. and led to at least 11 deaths over the weekend continues to cause havoc and head east.

The winter storm system has been blamed for at least 11 deaths — many of them in Texas, the AP reports. In the East, heavy rains could snarl I-95 Wednesday, with freezing rain and snow more likely in areas at high elevations.

The good news for north and central Texas is that "the winter storm warning has been downgraded to a winter weather advisory," our friends at KERA report. But "don't let your guard down," they add, because the National Weather Service warns that the region is still going to get "frozen precipitation in the form of sleet and ice."

Those in the eastern half of the nation also shouldn't relax, the weather service says.

Here's how it begins its latest forecast:

"The beginning of the work week will feature a strengthening surface low over the northern Gulf of Mexico that will work its way up the East Coast by early Wednesday. This low will allow copious amounts of moisture to advect northward into the Deep South on Monday and Monday night, with widespread 1 to 3 inch rain amounts."

Advection, by the way, is "the usually horizontal movement of a mass of fluid (as air or an ocean current)," according to Merriam-Webster.

The weather service goes on to offer a bit of a euphemism regarding the affect the weather's going to have on many folks' Thanksgiving travel plans:

"The bad weather is expected to advance towards the northeast and affect the Mid-Atlantic and into New England starting on Tuesday. Given the recent very cold weather, the onset of the precipitation may be in the form of light snow or a wintry mix east of the mountains. An influx of warmer air will result in a complete changeover to rain as the surface low approaches. Widespread moderate to heavy rain is likely from Tuesday night into Wednesday, and this will likely cause travel issues for Thanksgiving travelers. A longer period of wintry weather is expected over the Appalachians with several inches of snow and sleet possible."

The Weather Channel, which has dubbed this "winter storm Boreas," has its forecast here.

If you're among the millions heading "over the river, and through the wood" to a loved one's home for the holiday, please stay safe.