Accessibility links
Anti-Government Demonstrations Rock Thai Capital : The Two-Way Protesters, who occupied parts of the finance and foreign ministries in Bangkok, want Prime Minister Yingluck Shinawatra to resign. They accuse her of being a puppet for her brother, Thaksin Shinawatra, the former prime minister who was ousted in a military coup in 2006. 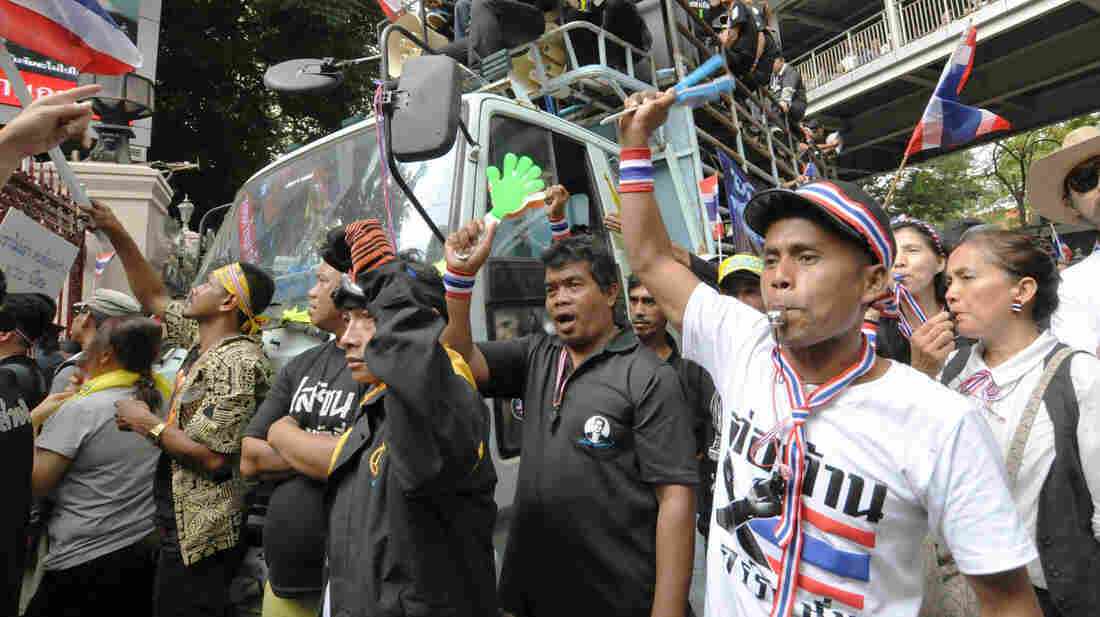 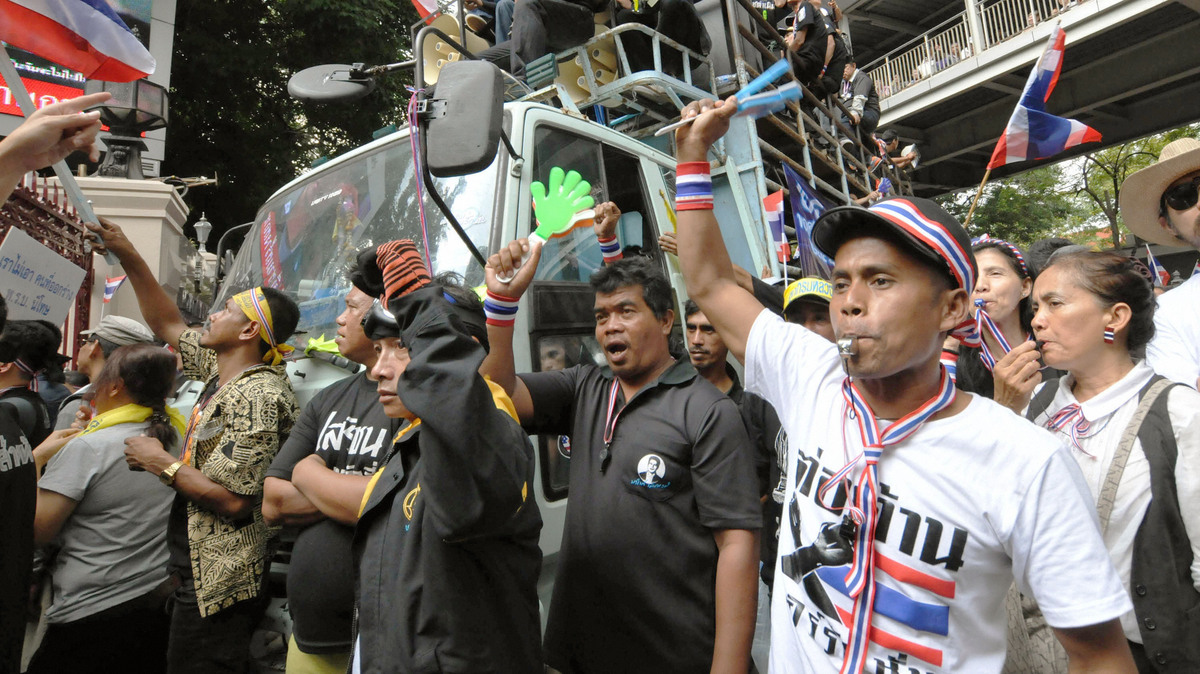 Massive anti-government protests have rocked the Thai capital, Bangkok, with demonstrators occupying parts of the finance and foreign ministries Monday and calling for Prime Minister Yingluck Shinawatra to resign.

"Protesters say they want Yingluck to step down amid claims that her government is controlled by her brother, former Prime Minister Thaksin Shinawatra, who was ousted in a military coup in 2006. On Sunday, more than 150,000 demonstrators took to Bangkok's streets in the largest rally Thailand has seen in years, uniting against what they call the 'Thaksin regime.' "

Yingluck says she won't step down. She enjoys broad support in Thailand's rural north and northeast, vote-rich parts of the country that helped her win elections in 2011.

"That election was seen as a defeat for the traditional Bangkok elite of generals, royal advisers, middle-class bureaucrats and business leaders - a group that backs the Democrats and deeply mistrusts Thaksin and his sister. ...

"Although Thaksin or his allies have won every Thai election in the past decade, the judiciary often undercuts him, illustrating how the billionaire former telecommunications tycoon and populist hero remains one of the most polarising figures in modern Thai history."

Thaksin lives in self-imposed exile. He was convicted in 2008 of corruption charges. His supporters are staging their own protest at a Bangkok stadium, leading to fears that clashes may erupt between both groups.

The two factions have battled since Thaksin's ouster in 2006. He was accused of corruption and disrespecting King Bhumibol Adulyadej, Thailand's constitutional monarch. Past clashes have been bloody. In 2010, Thaksin supporters occupied parts of the capita, leading to a government crackdown that left 90 people dead.

The latest protests began after a controversial amnesty bill that critics say would have allowed Thaksin to return home without serving a jail sentence for corruption. Thailand's Senate rejected the measure earlier this month.