Accessibility links
At Auction, Maltese Falcon Goes For $4 Million, Dreams Included : The Two-Way Sam Spade would say the falcon is much more than a bird: It's the "stuff that dreams are made of." One of the two statues used in the 1941 movie was sold at an auction in New York Monday. 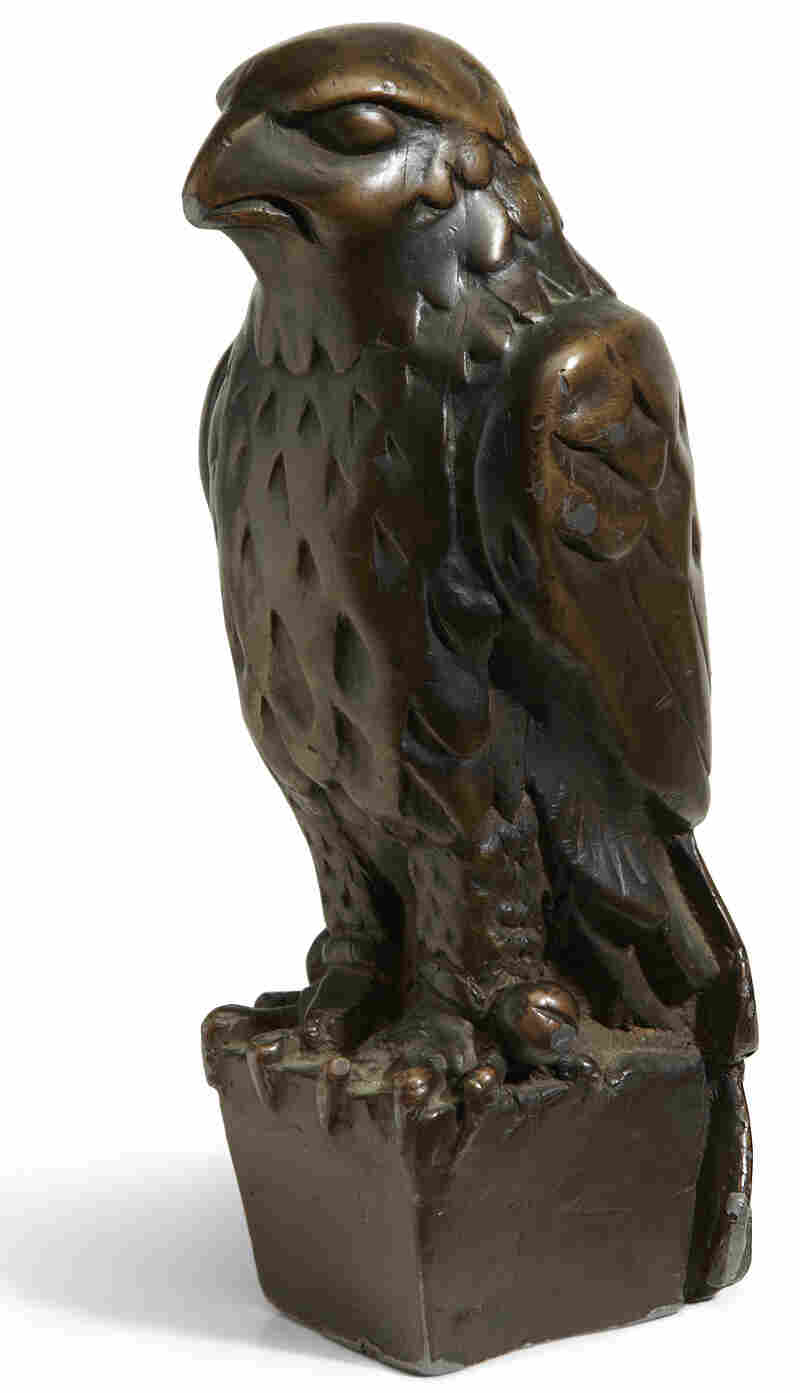 How much will it bring? Bonhams/AP hide caption 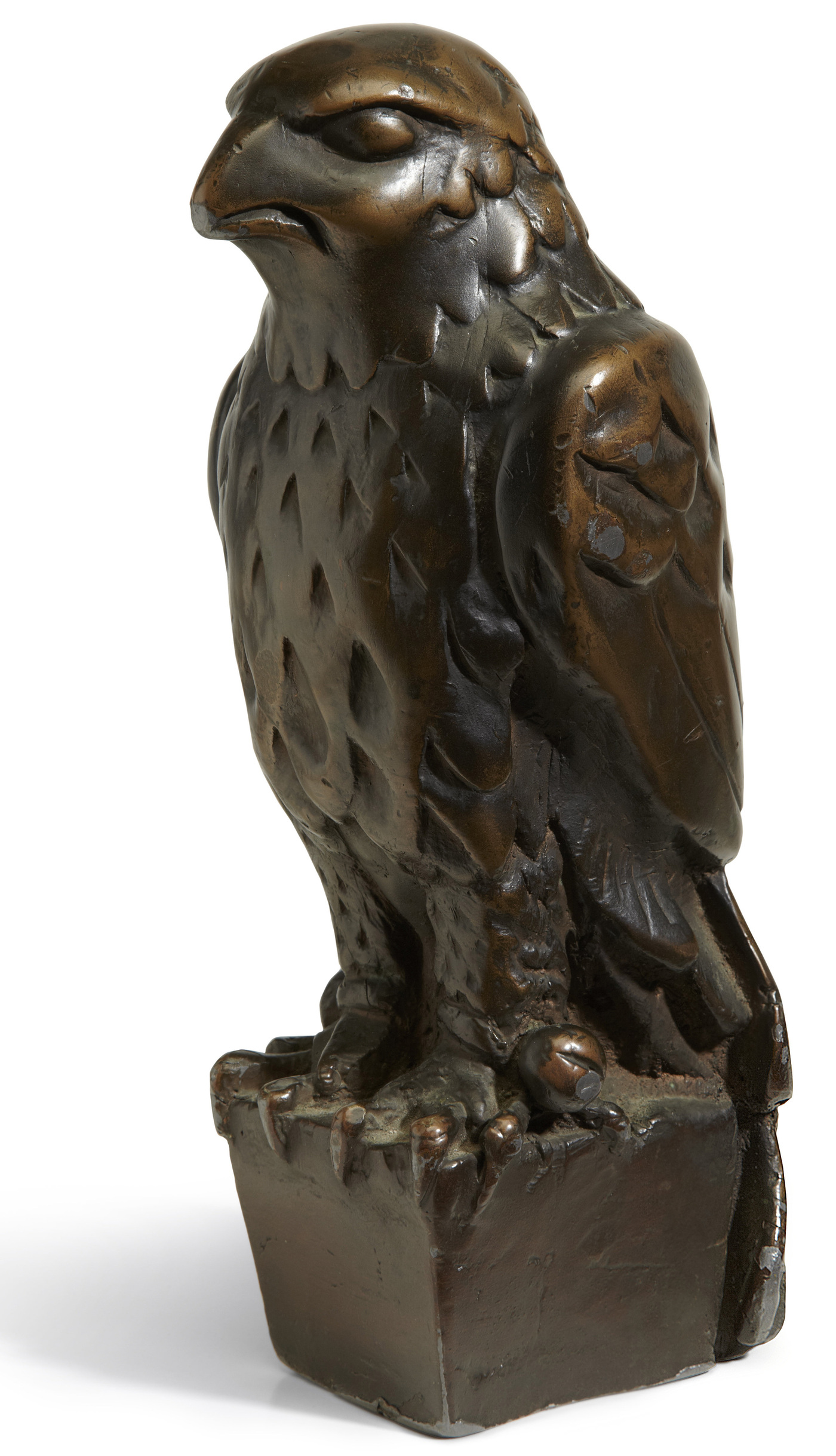 How much will it bring?

Somebody should say this ...

... just for fun Monday afternoon when a Maltese Falcon statue used in the classic 1941 movie goes on auction at Bonhams in New York City.

That line about $5,000, movie fans will know, is said by "Joel Cairo" (played by Peter Lorre) to "Sam Spade" (Humphrey Bogart).

We suspect, though, that the price paid for the falcon will be much higher. According to The Associated Press, it's "one of two known cast lead statuettes made for John Huston's screen version of the film, but the only one confirmed by Warner Bros. archives as having appeared in the movie, according to Bonhams auction house, which declined to provide a pre-sale estimate."

We'll watch to see how much the falcon sells for. Meanwhile, the movie's last lines (via IMDB) are worth recalling:

Detective Tom Polhaus: [picks up the falcon] Heavy. What is it?

Sam Spade: The, uh, stuff that dreams are made of.

The Maltese Falcon statue has been sold for more than $4 million.

"The final price on the 12-inch-tall prop was $4,085,000, which includes a buyer's premium," the AP reports. The source of the winning bid, which came via a phone call, was not identified by Bonhams.