Accessibility links
Book News: Secret Video Documents Conditions In Amazon Warehouse : The Two-Way Also: a new short story from Romesh Gunesekera; Patricia Cornwell on why she might have been an archaeologist. 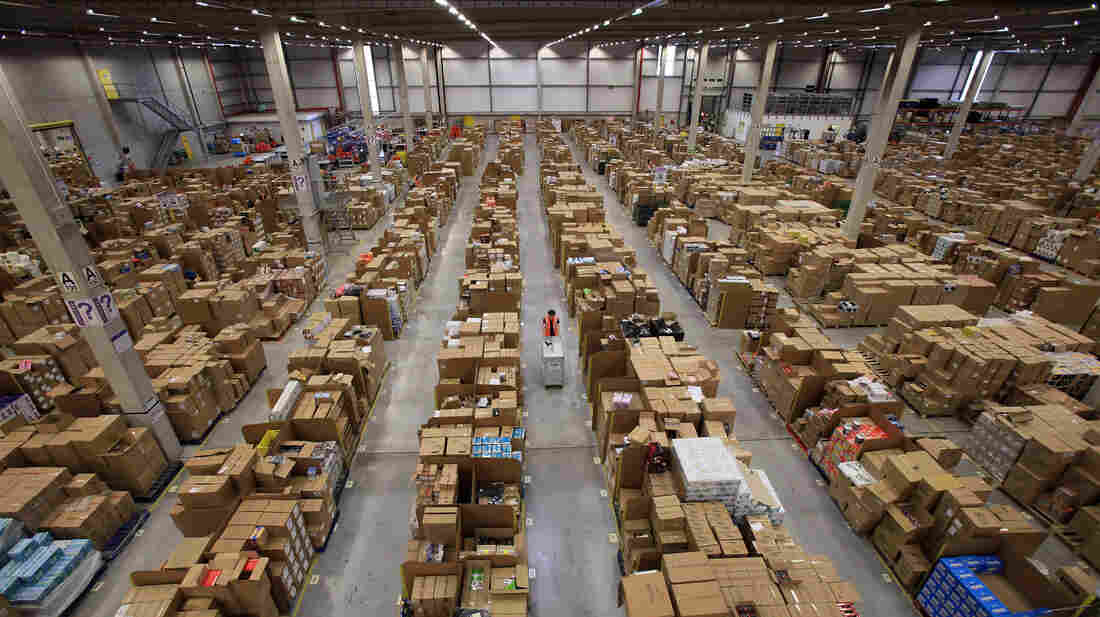 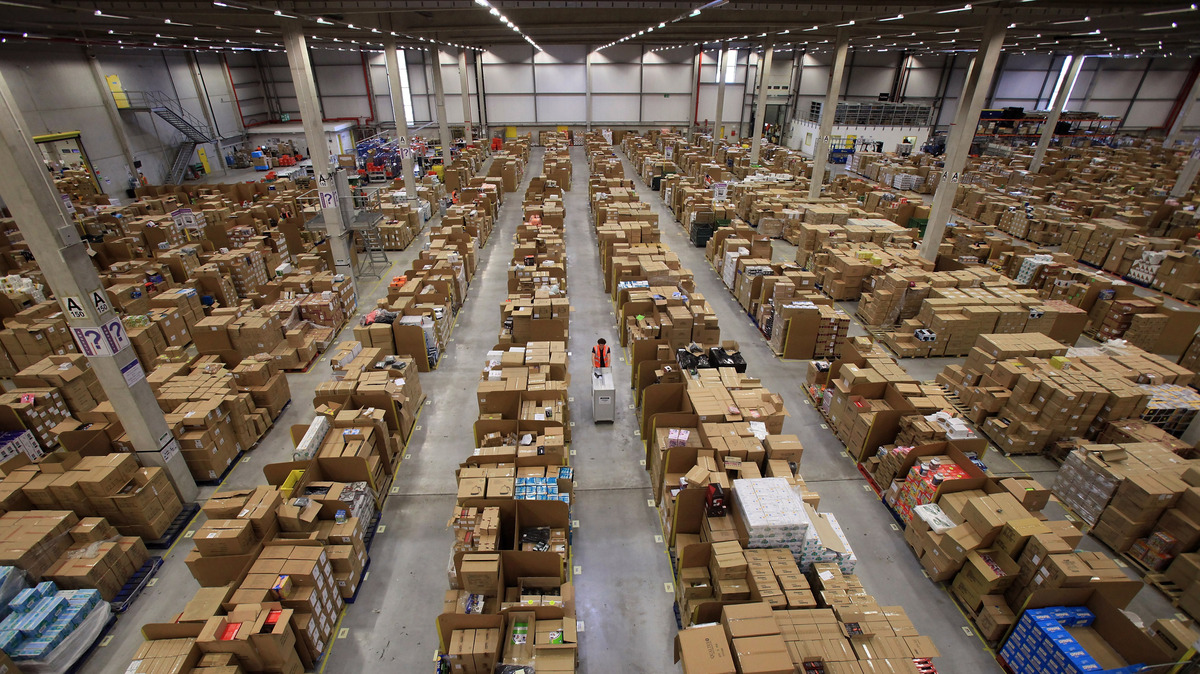 A worker at the Amazon fulfillment center in Swansea, Wales, processes orders in 2011.