Accessibility links
Pope Slams 'Disposable' Culture That Marginalizes Many : The Two-Way Pope Francis also says in a new treatise that he begs God "to grant us more politicians who are genuinely disturbed by the state of society, the people, the lives of the poor!"

Around the world today, the powerful "feed upon the powerless" and too many people are treated as "consumer goods to be used and then discarded," Pope Francis writes in his first major paper since becoming leader of the Roman Catholic church last May.

Echoing his earlier denunciation of the "cult of money," the pope goes on at length in an "apostolic exhortation" released Tuesday about: 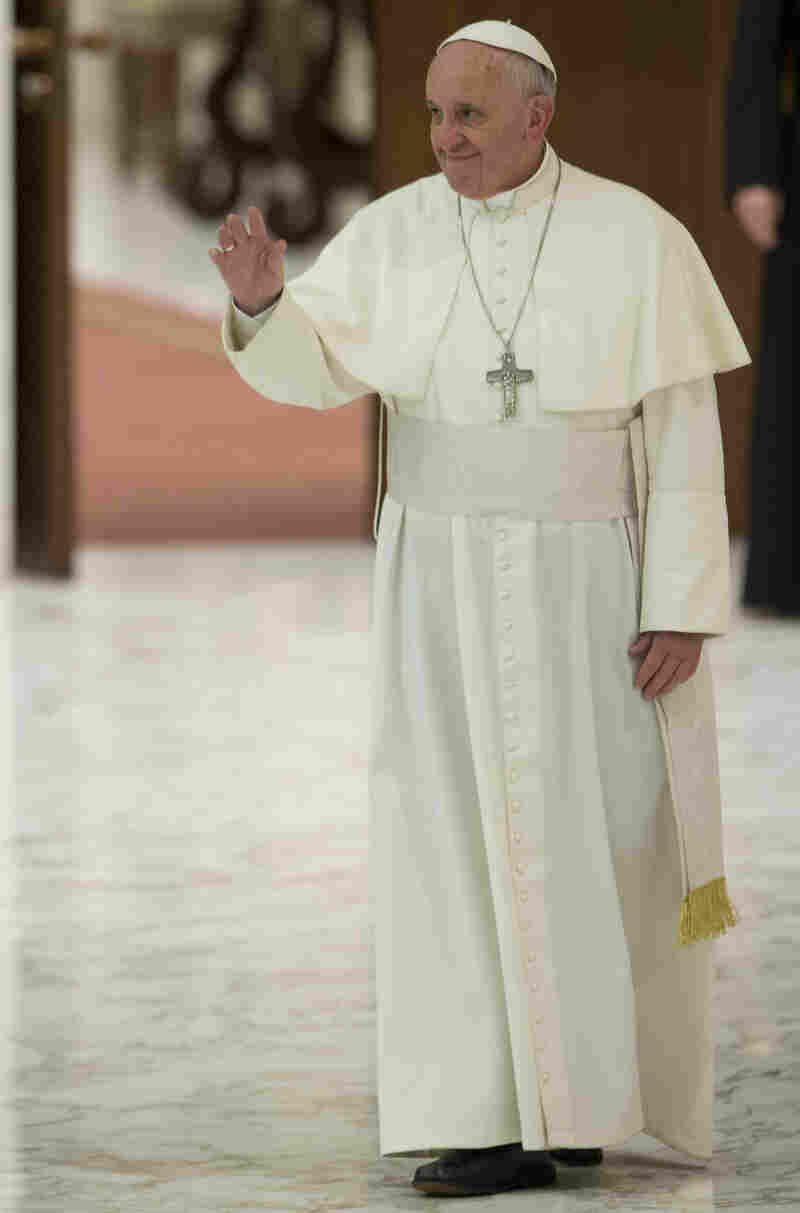 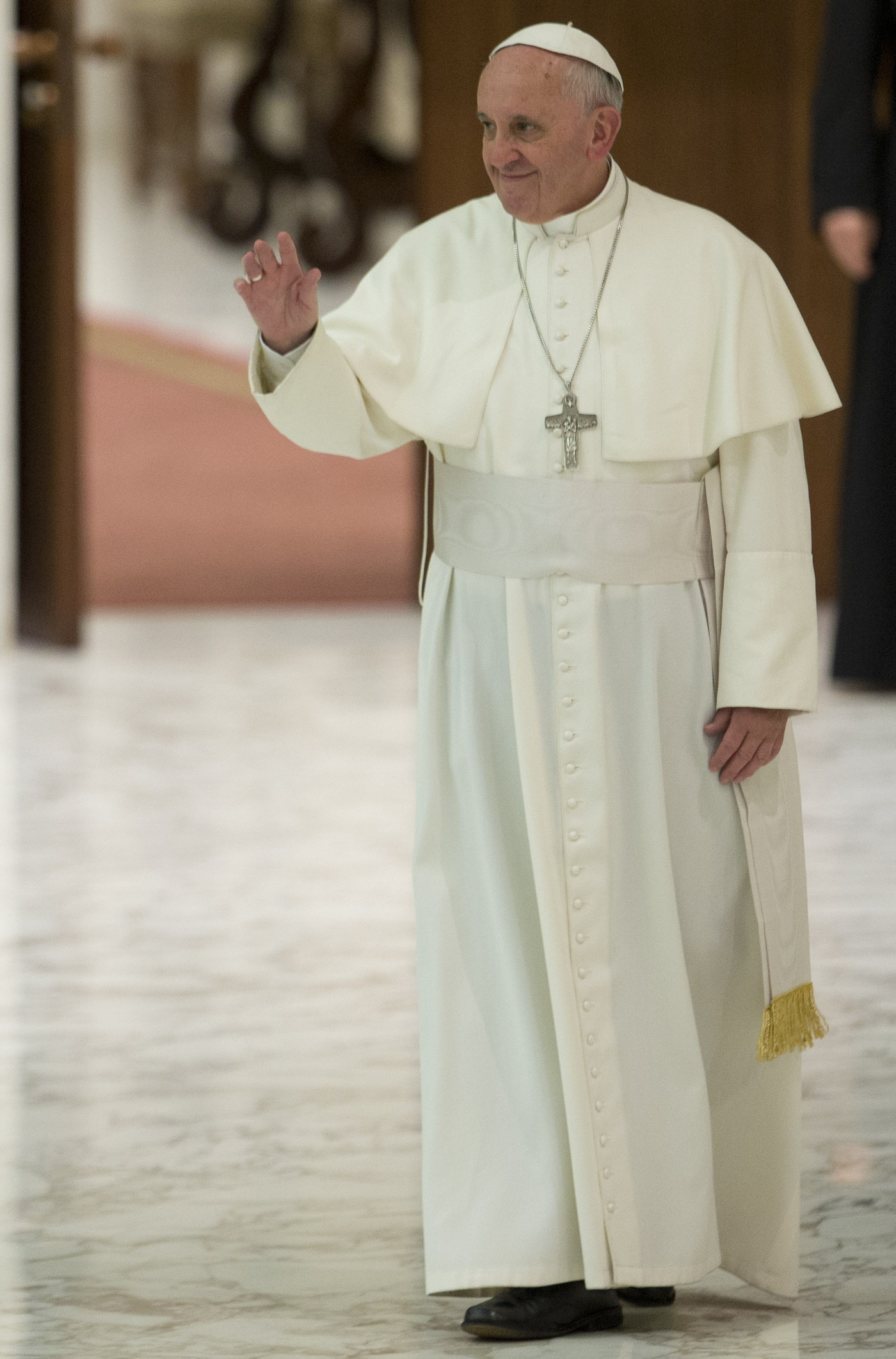 Pope Francis on Saturday at the Vatican.

-- The Idolatry Of Money. "The worship of the ancient golden calf ... has returned in a new and ruthless guise in the idolatry of money and the dictatorship of an impersonal economy lacking a truly human purpose."

-- The Economy Of Exclusion. "Just as the commandment 'Thou shalt not kill' sets a clear limit in order to safeguard the value of human life, today we also have to say 'thou shalt not' to an economy of exclusion and inequality. Such an economy kills. How can it be that it is not a news item when an elderly homeless person dies of exposure, but it is news when the stock market loses two points? This is a case of exclusion. Can we continue to stand by when food is thrown away while people are starving? This is a case of inequality."

-- Inordinate Consumption. "Today's economic mechanisms promote inordinate consumption, yet it is evident that unbridled consumerism combined with inequality proves doubly damaging to the social fabric. Inequality eventually engenders a violence which recourse to arms cannot and never will be able to resolve."

The pope also writes, "I beg the Lord to grant us more politicians who are genuinely disturbed by the state of society, the people, the lives of the poor!"

The Guardian says that "the 84-page document ... amounted to an official platform for his papacy, building on views he has aired in sermons and remarks since he became the first non-European pontiff in 1,300 years in March."

Also on Tuesday, the pope met with Russian President Vladimir Putin. Reuters says they "discussed the Middle East and problems faced by Christians across the world, but did not touch on the strained relationship between the Vatican and the Orthodox Church."