Accessibility links
U.S. Flies B-52s Through China's Proclaimed Airspace : The Two-Way China announced over the weekend that it had expanded an air-defense zone to cover islands that are claimed by both it and Japan. The U.S., Japan and others said they wouldn't recognize that new zone. On Monday, officials tell news outlets, U.S. Air Force bombers flew through. 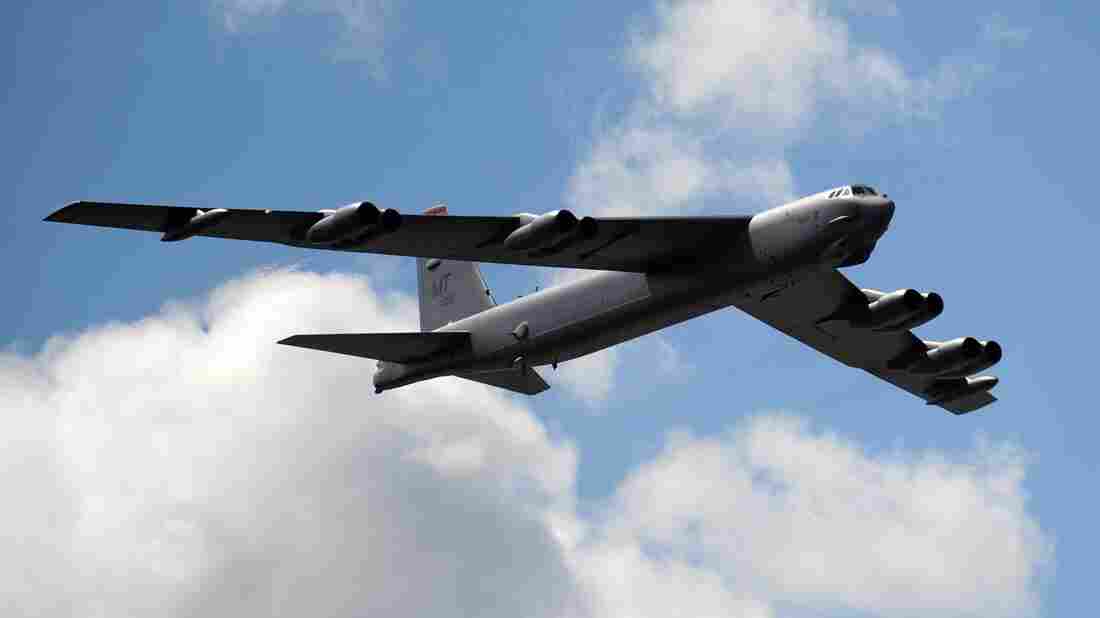 Jet diplomacy: A B-52. According to reports, two flew through an area that China now claims is within its air defense zone. Andy Rain /EPA/Landov hide caption 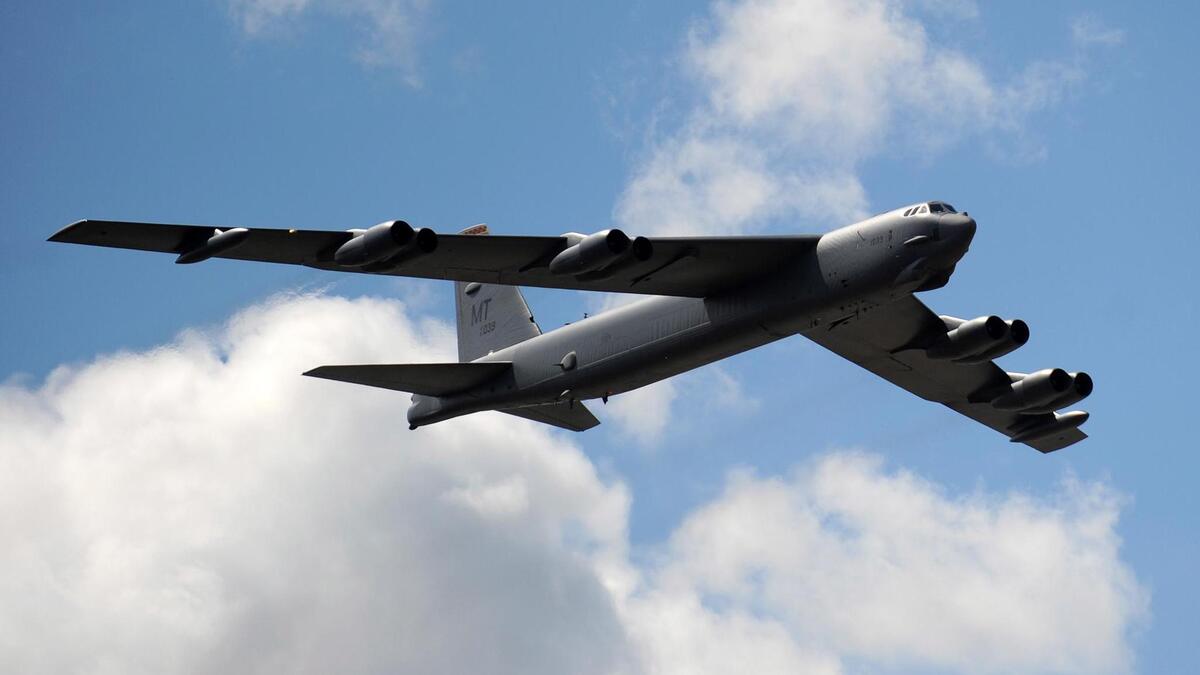 Jet diplomacy: A B-52. According to reports, two flew through an area that China now claims is within its air defense zone.

"A pair of American B-52 bombers flew over a disputed island chain in the East China Sea" on Monday, according to The Wall Street Journal, "in a direct challenge to China and its establishment of an expanded air-defense zone."

Citing "U.S. officials" as its sources, the Journal adds that Chinese authorities were not told in advance of the planes' flights.

Update at 7 p.m. ET: A Risk For Accidents

In 2001, a tense standoff developed between the U.S. and China after two planes collided in mid-air, as NPR's Larry Abramson notes in a report for All Things Considered. The Chinese pilot died; an American crew was held for more than a week before being released.

Compared to naval standoffs, the stakes are much higher if there's an encounter in the air, Stephanie Kleine-Ahlbrandt of the United States Institute of Peace tells Larry.

"You know, a fighter pilot has very limited time to make maneuvers to avoid a collision," she says. "They might have to interpret their rules of engagement and make decisions regarding their mission in a much shorter time frame, meaning that a situation can develop faster than it does at sea."

As we reported Sunday, "in a move that angered Japan, China expanded its air defense zone to include a group of uninhabited islands claimed by both countries. The Chinese government released a map and coordinates on Saturday that show the zone covers most of the East China Sea, including the islands."

Both Japan and the U.S. made clear they wouldn't respect the new zone. "Washington, which has hundreds of military aircraft based in the region, says it has zero intention of complying," The Associated Press wrote early Tuesday. "Japan likewise has called the zone invalid, unenforceable and dangerous, while Taiwan and South Korea, both close to the U.S., also rejected it."

In September 2012, NPR's Scott Neuman looked at how "little islands are big trouble" in the seas between China and its neighbors.