Accessibility links
Thai Protesters Continue Effort To Topple Government : The Two-Way They took over the country's top anti-crime agency on Wednesday, the fourth day of protests. But the relatively low number of demonstrators indicate they are unlikely to bring down Prime Minister Yingluck Shinawatra's government. 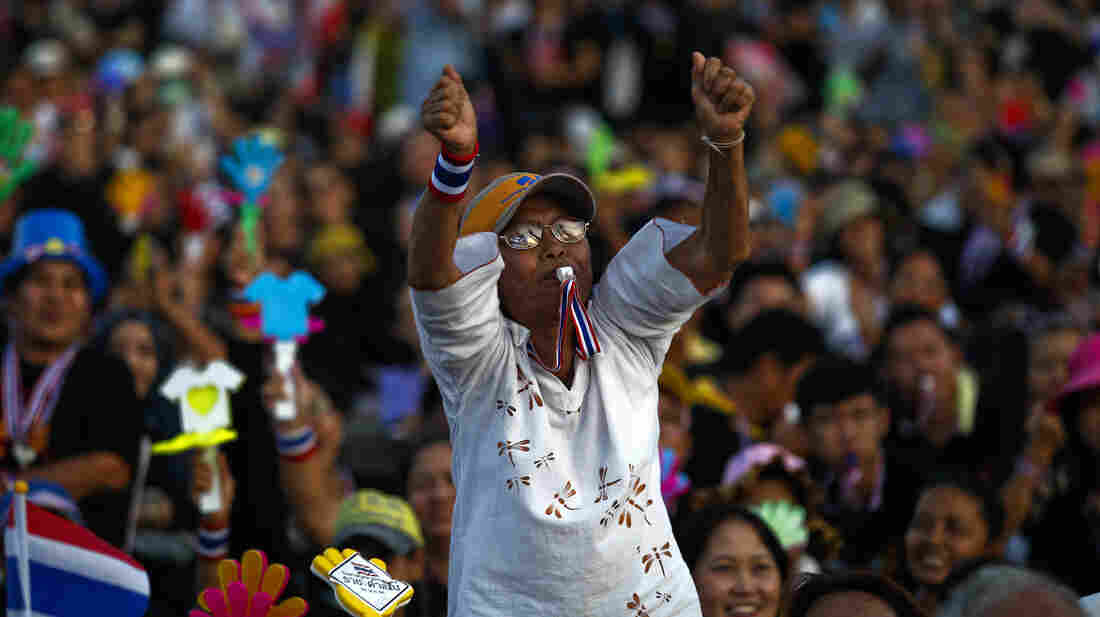 An anti-government protester blows her whistle during a rally Wednesday at Democracy Monument in Bangkok. Athit Perawongmetha/Reuters /Landov hide caption 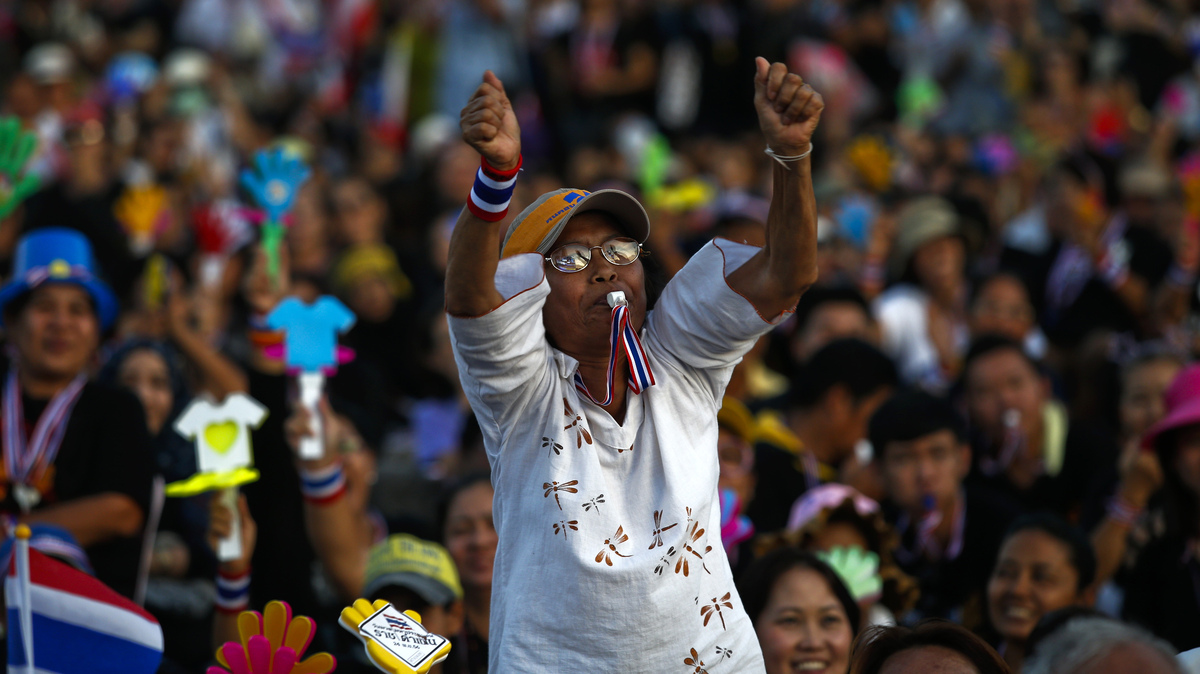 An anti-government protester blows her whistle during a rally Wednesday at Democracy Monument in Bangkok.

We told you earlier this week about the massive anti-government protests in Thailand in which demonstrators took over parts of the Finance and Foreign ministries and called on Prime Minister Yingluck Shinawatra to resign. On Wednesday, the fourth day of demonstrations, protesters forced the evacuation of the country's top crime-fighting agency.

Protesters targeted government offices outside Bangkok on Wednesday, including the Department of Special Investigations, the country's equivalent of the FBI. The Associated Press noted that by the end of the day, Yingluck's administration controlled all ministries, except Finance. Here's more:

"In a city of some 10 million people, the demonstrators appeared to number only in the tens of thousands — far less than the 100,000-plus mustered when they began Sunday. The numbers indicate they are unlikely to bring down the government on their own without more popular support, or judicial or military intervention."

The leader of the anti-government protests said their goal was to disrupt the government.

Police have issued a warrant for his arrest, but there has been no apparent effort to detain him.

The BBC's reporter in Bangkok notes that the protesters are friendly "as they and the government side shadow-box around each other."

Protesters say Yingluck's government is controlled by her brother, former Prime Minister Thaksin Shinawatra, who was ousted in a military coup in 2006. The billionaire former telecommunications tycoon was convicted of corruption in 2008 and lives in self-imposed exile.

Thaksin He remains a hugely polarizing figure in Thai politics. His supporters and opponents have battled since his ouster, and past clashes have been bloody. In 2010, his supporters occupied parts of Bangkok; 90 people were killed in the government crackdown that followed.

As the AP notes, "In broad terms, the confrontation pits the Thai elite and the educated middle-class against Thaksin's power base in the countryside, which benefited from populist policies designed to win over the rural poor."

Yingluck's secretary told the BBC there were no plans to use the army against the protesters.

This round of protests began after a controversial amnesty bill that critics say would have allowed Thaksin to return home without serving a jail sentence for corruption. Thailand's Senate rejected the measure earlier this month.