Accessibility links
Suspected U.S. Drone Strike Kills At Least 2 In Pakistan : The Two-Way The incident comes amid growing controversy in Pakistan over U.S. drone attacks. The dead are thought to be civilians, according to Pakistani officials. The Associated Press says the strike killed a member of the Pakistani Taliban. 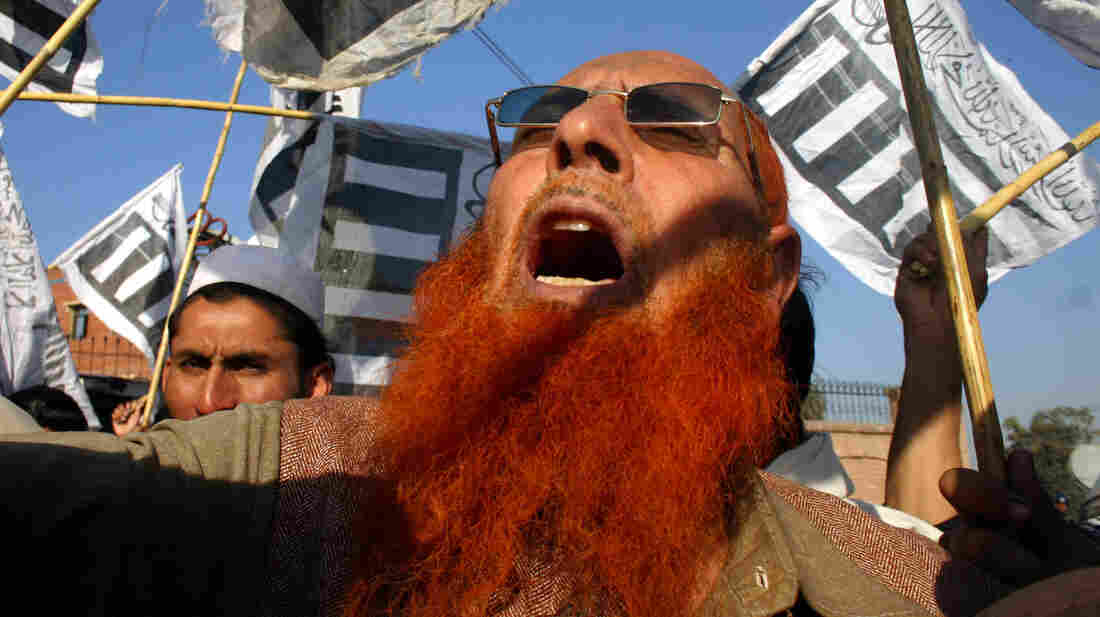 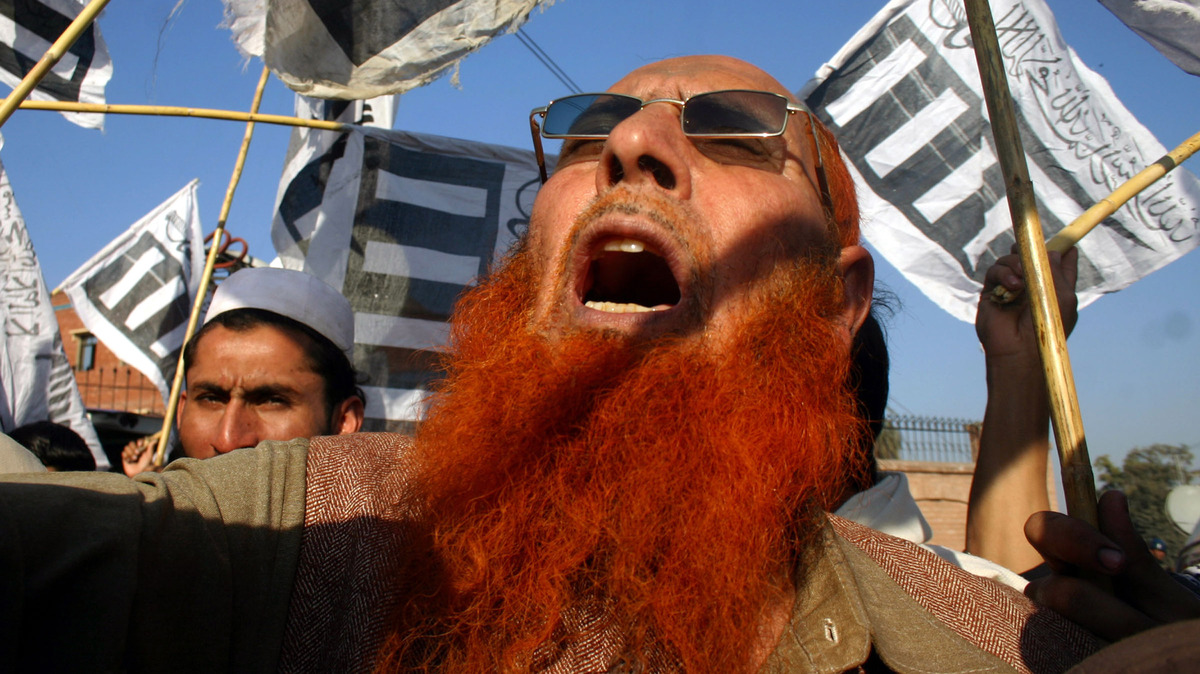 On Friday in Peshawar, Pakistan, supporters of Jamaat-e-Islami party shout slogans during a rally to condemn U.S. drone strikes.

Pakistani officials said Friday that a suspected U.S. drone strike in the country's tribal belt has killed at least two people and injured several others. The incident comes amid growing controversy in Pakistan over American drone attacks.

NPR's Philip Reeves filed this report for our Newscast unit:

"Pakistani officials say two missiles hit a house late at night in a village in North Waziristan, close to the Afghan border. An official source told NPR the dead are thought to be civilians. If so, that'll further stoke opposition here to the U.S. use of this weapon.

"The issue is particularly in the spotlight right now. For the last several days, supporters of the cricketer-turned-politician Imran Khan have been protesting against drones by trying to block trucks carrying supplies to NATO forces in Afghanistan. Khan's party's this week published the name of the man it claims is the CIA's top spy here, saying they want him booked for murder.

"But opinion here is divided — some Pakistanis support the use of drones, so long as they hit the right target."

The Associated Press cited Pakistani intelligence officials as saying a suspected member of the Punjabi branch of the Pakistani Taliban was killed. The story did not name any other victims. The AP adds:

"The issue is also clouded by the fact that Pakistan's government and military is known to have supported at least some of the strikes in the past, and suspicion lingers that some level of complicity continues — although Islamabad denies the allegation."