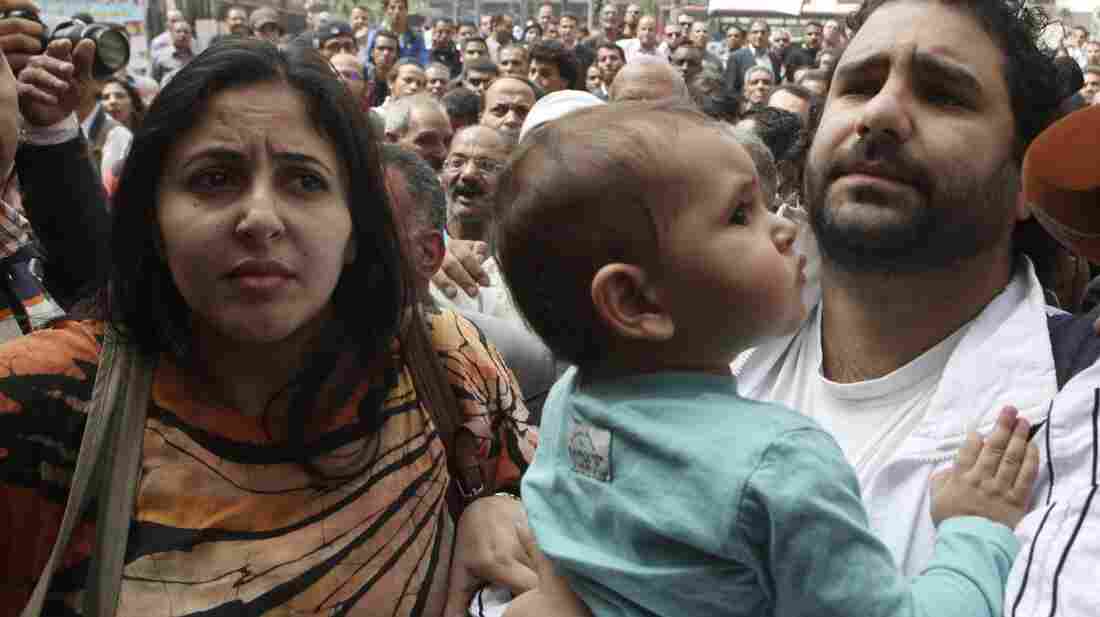 Alaa Abdel-Fattah, seen with his wife and child in March, was arrested from his home Thursday. Asmaa Waguih/Reuters/Landov hide caption 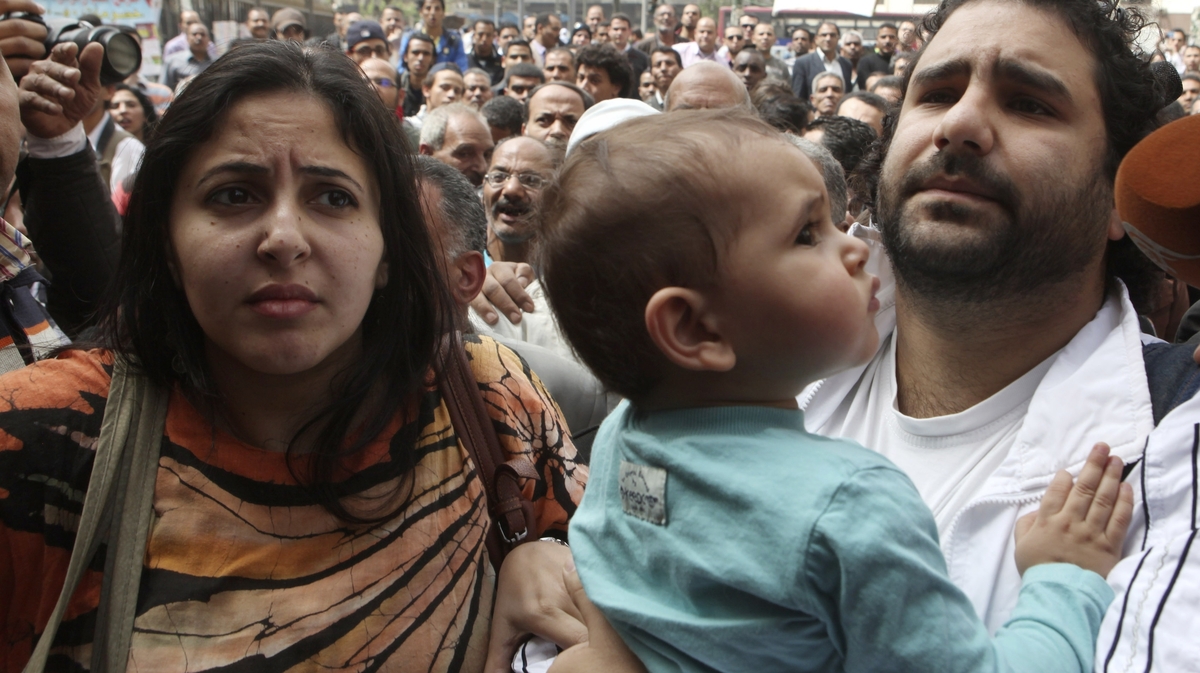 Alaa Abdel-Fattah, seen with his wife and child in March, was arrested from his home Thursday.

An Egyptian blogger who rose to fame during the 2011 uprising that ousted President Hosni Mubarak has been arrested under a controversial new law that bans unauthorized protests.

Police arrested Alaa Abdel-Fattah at his home late Thursday night as his toddler slept nearby. When his wife demanded to see an arrest warrant, police beat both of them, a press release from the family said. NPR's Leila Fadel is reporting on the story for our Newscast unit:

"An arrest warrant was issued for him and another prominent youth activist following protests on Tuesday that ended with dozens in jail after police beat and chased them. Abdel-Fattah had publicly declared he would turn himself in on Saturday."

The arrest is the latest move in Egypt's crackdown on protesters since the ouster in July of Islamist President Mohammed Morsi. There have been near-daily anti-government protests since the military-backed coup that toppled Morsi. Here's more from The Associated Press:

"Abdel-Fattah previously was detained for two months in late 2011 by military authorities over allegations he attacked soldiers carrying out a bloody crackdown on protesters. He was later released without charge. He also was accused of inciting violence during clashes between opponents and supporters of Morsi before his ouster."

He was previously arrested in 2006 and spent a month and a half in jail.

NPR's Michele Norris spoke to Abdel-Fattah in June 2011, after mass protests ousted longtime leader Mubarak. At the time, he described himself as "a foot soldier" in the uprising.