Accessibility links
U.S. Apologizes For Airstrike That Killed Afghan Child : The Two-Way The strike also killed a militant, the U.S.-led international coalition says. The deaths come as the two countries negotiate a bilateral security pact that would keep up to 10,000 U.S. troops in Afghanistan after the U.S. withdraws its combat forces by the end of next year. 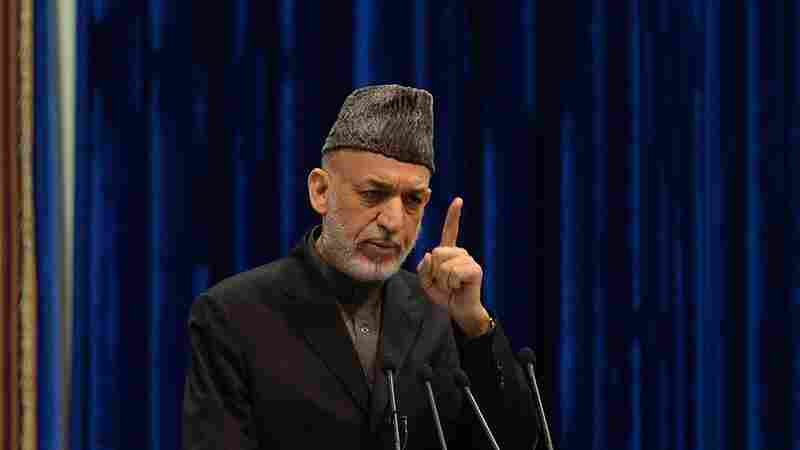 Afghan President Hamid Karzai addresses the Loya Jirga on Sunday. Karzai expressed anger at an airstrike Thursday that killed a child, saying it could imperil a security agreement with the U.S. The U.S.-led international force apologized on Friday for the killing. Massoud Hossaini/AFP/Getty Images hide caption 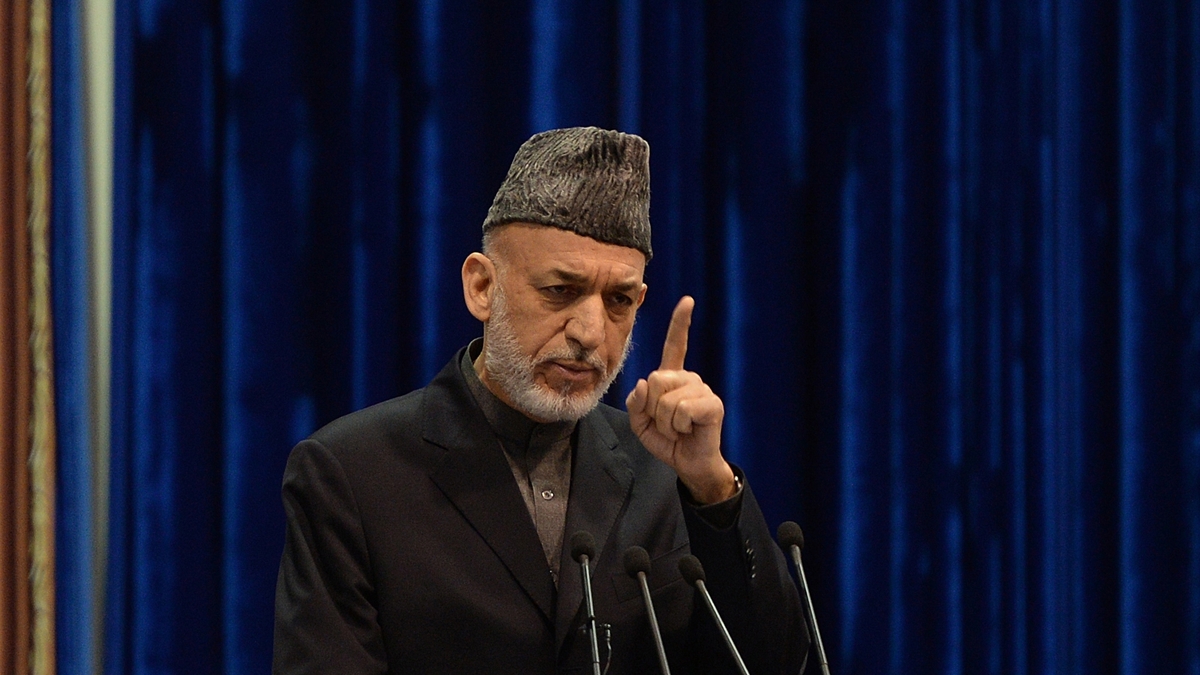 Afghan President Hamid Karzai addresses the Loya Jirga on Sunday. Karzai expressed anger at an airstrike Thursday that killed a child, saying it could imperil a security agreement with the U.S. The U.S.-led international force apologized on Friday for the killing.

The U.S.-led international coalition in Afghanistan is apologizing for an airstrike that killed a 2-year-old, a death that Afghan President Hamid Karzai said imperils a long-term security agreement between the two countries.

The International Security Assistance Force said it carried out an airstrike Thursday on a militant riding a motorbike in Helmand Province. The child was also killed, and two women were injured in the attack.

"ISAF, along with Afghan authorities, will immediately conduct an investigation into the incident," ISAF said in a statement Friday. "ISAF deeply regrets any civilian casualties caused by this airstrike yesterday."

The Washington Post reports that Marine Gen. Joseph F. Dunford Jr., commander of U.S. and coalition forces in Afghanistan, called Karzai on Thursday night to offer his regret at the killing.

Reuters reports that Karzai said Thursday that the killing showed the U.S. didn't respect Afghan lives, and that if such attacks continue, he won't sign a bilateral security pact with the U.S.

As NPR's Greg Myre noted over at our Parallels blog:

"The U.S. wants to nail down a deal that would allow perhaps as many as 10,000 troops to remain in Afghanistan after the U.S. withdraws its combat forces by the end of next year. The American troops would mostly train and assist the Afghan military, though the Americans are also seeking the authority to carry out counterterrorism raids.

"An Afghan Loya Jirga, or grand assembly, on Sunday resoundingly approved the proposed deal with the U.S. and urged Karzai to sign it soon. The assembly, which consisted of 2,500 prominent Afghans from around the country, was seen as a barometer of public sentiment.

"But the unpredictable Karzai keeps moving the goal posts and putting the deal in doubt, according to the U.S.

"Karzai says more time is needed to negotiate and that he might not sign the agreement until after a presidential election in the spring. Karzai is stepping down and will not contest the polls."

And in a report from Kabul on Thursday, NPR's Sean Carberry reported that "Afghans are increasingly perplexed by their president's comments."