Accessibility links
U.S. Urges Commercial Airlines To Comply With New Chinese Air Zone : The Two-Way The guidance is different from what Japan is telling its carriers, and some analysts say it could be seen as a concession to China, which broadened its air defense zone last week. 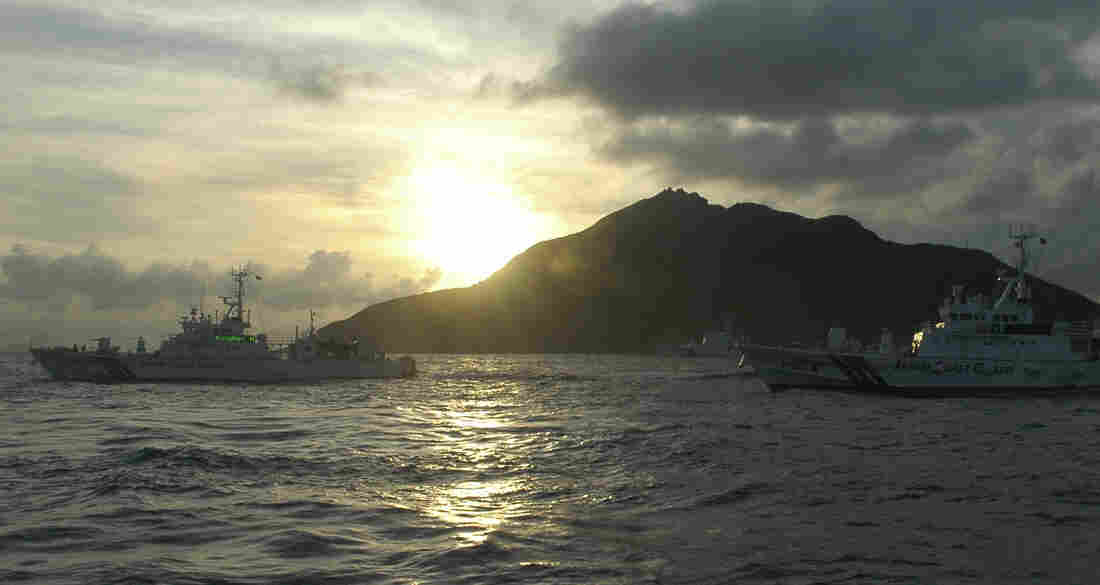 Japanese Coast Guard vessels sail alongside Japanese activists' fishing boat, not in photo, warning the activists away from a group of disputed islands called Diaoyu by China and Senkaku by Japan. Emily Wang/AP hide caption 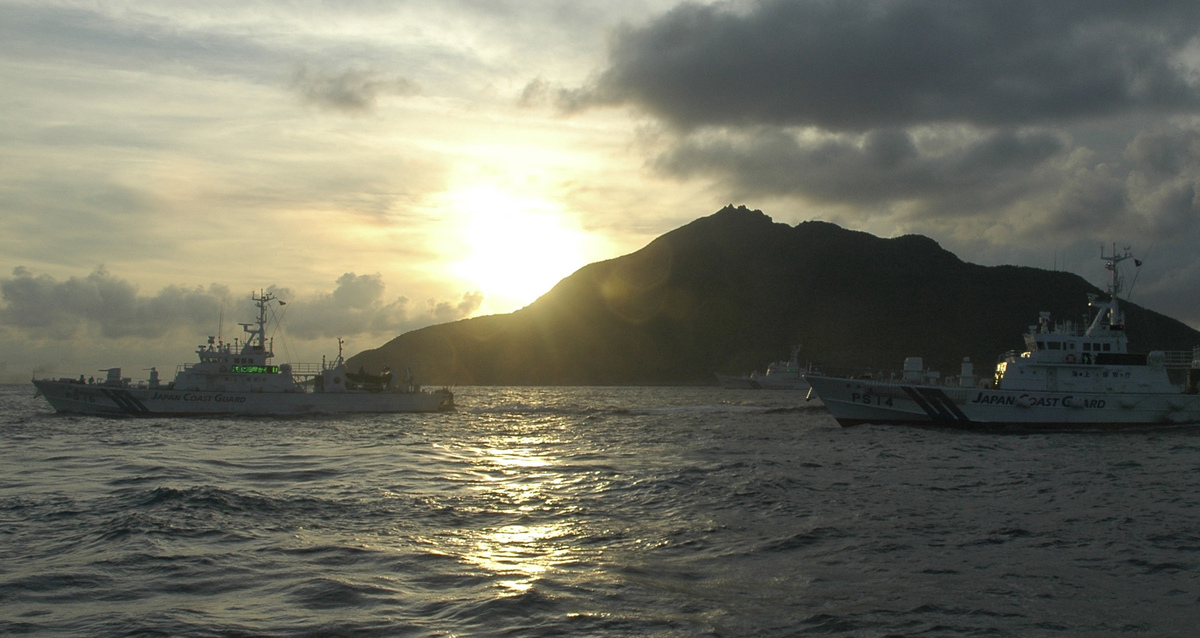 Japanese Coast Guard vessels sail alongside Japanese activists' fishing boat, not in photo, warning the activists away from a group of disputed islands called Diaoyu by China and Senkaku by Japan.

While saying that it is still "deeply concerned" by China's broadening of its air defense zone, the U.S. State Department urged commercial airlines to abide by the new zone and give Chinese authorities advance notice if they planned to fly over a set of disputed islands in the East China Sea.

"The U.S. government generally expects that U.S. carriers operating internationally will operate consistent with NOTAMs (Notices to Airmen) issued by foreign countries," State said in a statement Friday night. "Our expectation of operations by U.S. carriers consistent with NOTAMs does not indicate U.S. government acceptance of China's requirements for operating in the newly declared ADIZ."

As we've reported, China released a map and coordinates that included the islands in its air defense zone last week. Japan, which also claims the islands and more importantly what are thought to be the oil-rich waters around them, quickly protested. And the United States, which is obligated by treaty to defend Japan against aggression, also protested by sending B-52s through the airspace.

As Krishnadev reported, yesterday, China responded by sending its own warplanes to patrol the zone.

The New York Times reports that last night's decision by the State Department to ask commercial airliners to abide by the new zone could be "interpreted in the region as a concession in the battle of wills with China."

Japan, for example, told its commercial carriers to stop abiding by the rules. The paper reports:

"The American decision drew criticism from some quarters. Stephen Yates, a former Asia adviser to Dick Cheney when he was vice president, said it was 'a bad move' that would undercut allies in the region that take a different stance.

"But Strobe Talbott, a former deputy secretary of state under Bill Clinton and now president of the Brookings Institution, said it was important to avoid an accident while drawing a firm line. 'The principal option is to be extremely clear that disputes' over territory 'must be resolved through diplomacy and not unilateral action,' he said.

"American officials said they began having talks with airlines on Wednesday and characterized the guidance Friday as simply following established international air protocols independent of any political deliberations."

The BBC reports that despite Japan's admonition, a number of regional carriers — including Singapore Airlines, Qantas and Korean Air — say they will notify China of its flight plans.