Accessibility links
Jason Kidd Says He Spilled His Drink In An Attempt To Win : The Two-Way Without any timeouts left, Kidd used a creative solution to give his team some time to strategize. The NBA fined him $50,000 for the stunt and last night, Kidd finally talked about the incident. 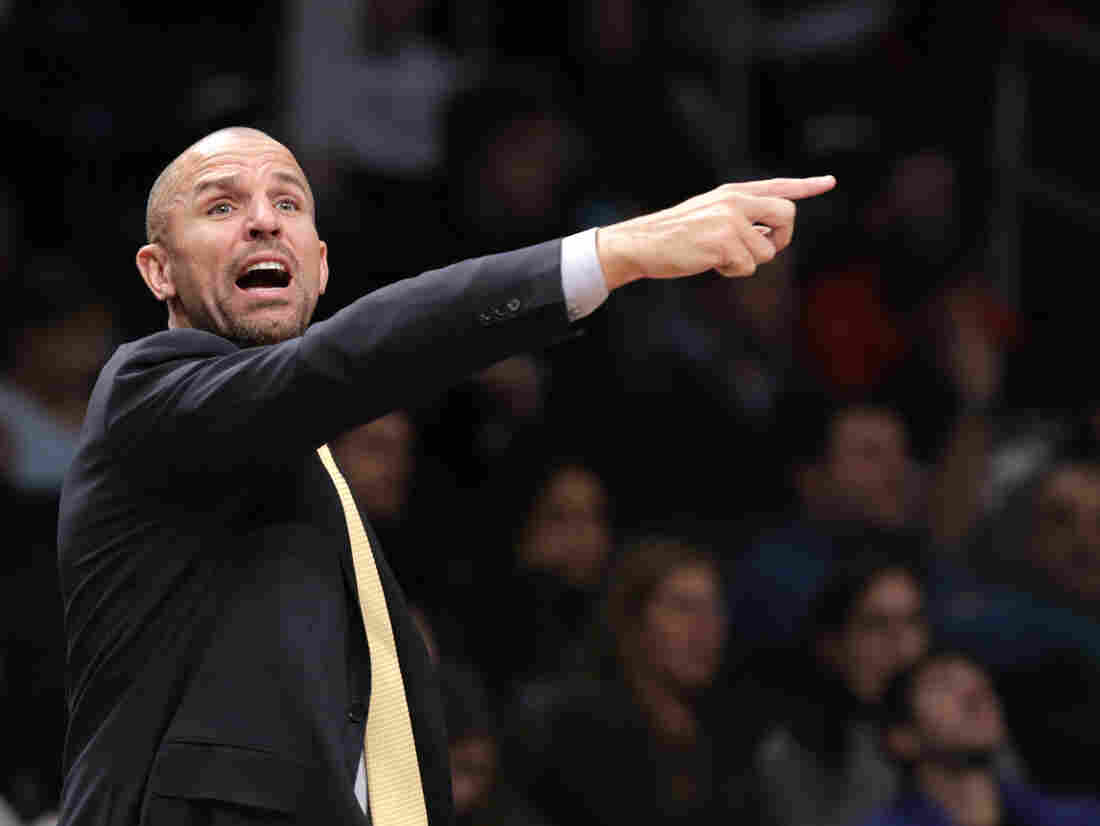 Brooklyn Nets head coach Jason Kidd yells to his team in the second half of an NBA basketball game against the Detroit Pistons, on Nov. 24 in New York. Kathy Willens/AP hide caption 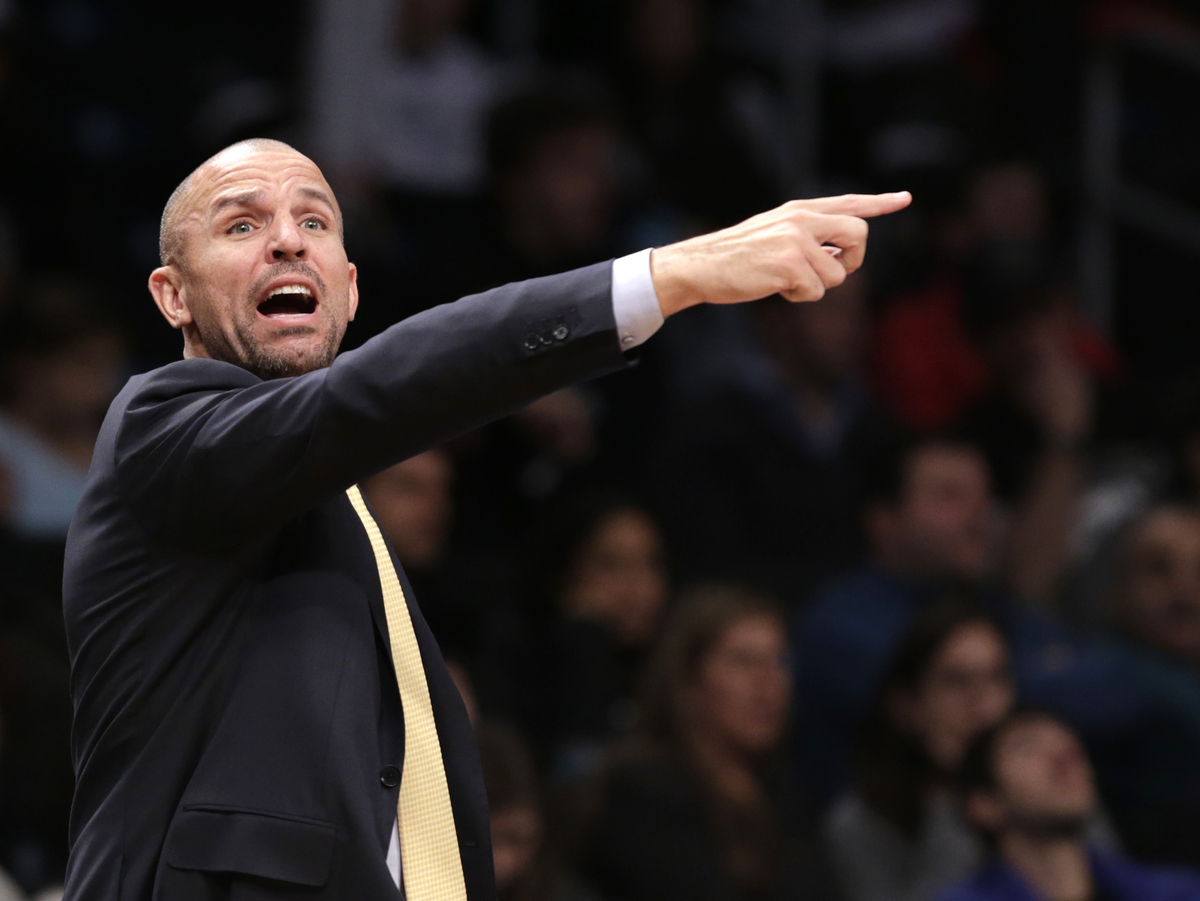 Brooklyn Nets head coach Jason Kidd yells to his team in the second half of an NBA basketball game against the Detroit Pistons, on Nov. 24 in New York.

Jason Kidd, the first-year coach for the Brooklyn Nets, admitted that he spilled a drink on purpose in attempt to win a game against the Los Angeles Lakers on Wednesday.

By Thursday, the league had reviewed video and fined him $50,000 for the stunt and last night, Kidd finally talked about the incident.

"The league fined me for something that I probably shouldn't have done," Kidd said, according to ESPN. "We'll move on."

If you haven't heard, Kidd's Nets were down 96-94 with 8.3 seconds to go in the game. The Nets had no timeouts remaining. In video of the incident posted by The Brooklyn Game, Kidd can be seen telling Tyshawn Taylor, "Hit me." Taylor bumps into him and Kidd spills his drink onto the court, giving his team a few seconds to plan a play while the liquid is cleaned up.

"It's about trying to win and those guys in that locker room, and I tried to put those guys in a position to get a basket, a good look and we did," Kidd explained Friday.

"'I knew he was going to get caught,' D'Antoni told reporters in Detroit. 'He can't do that. That's crazy. It's cute for a lot of people, but he can't do that.'

"'I don't buy (that he did it by accident). I don't think that's very savvy or cool. I love Jason to death. He's going to be a great coach. But you don't do that.'"

As ESPN points out, the expensive ploy was for naught, the Nets still lost 99-94, cementing a pretty terrible 4-11 start for the season.

Tomlin, Fox News reports, said he wasn't paying attention to the field. Instead, he was looking at the JumboTron and "lost my placement as he broke free and saw at the last second how close I was to the field of play."

ESPN reports that the NFL is now reviewing the play and will consider whether he should be disciplined.

Via the NFL, here's video of that moment: