Accessibility links
North Korea Says Detained American Has 'Apologized' : The Two-Way According to North Korea, Merrill Newman admitted to being the mastermind of a spy ring. The country released a video of the 85-year-old Korean War veteran reading from a handwritten statement. 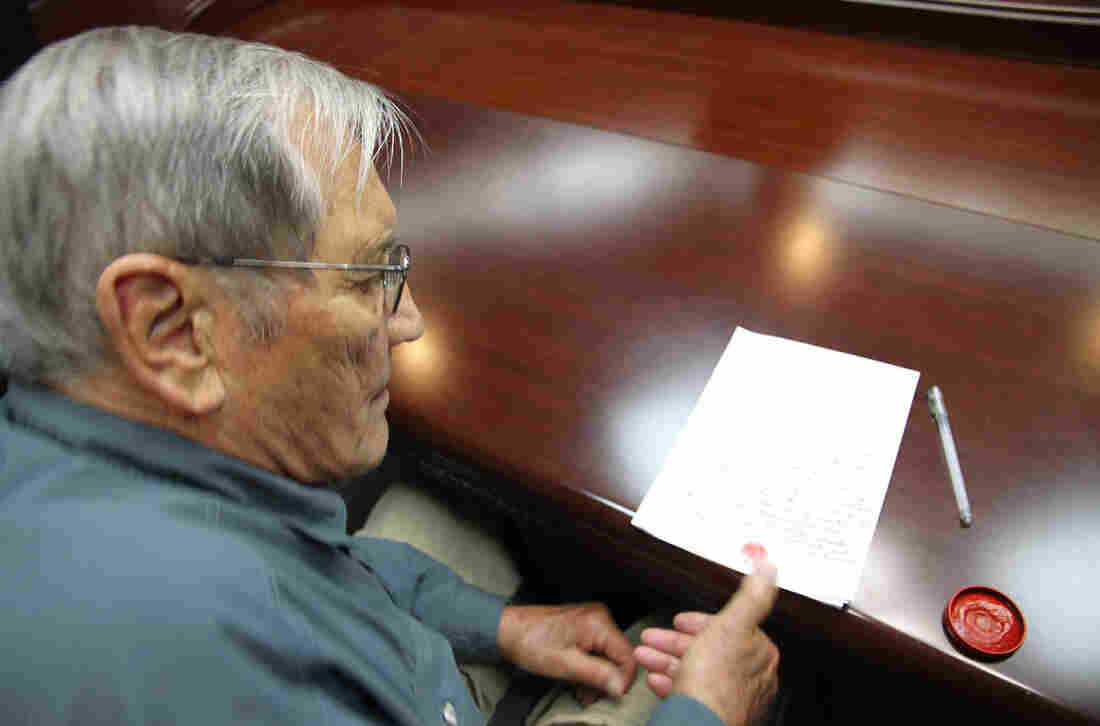 This photo taken on Nov. 9 and released on Nov. 30 by North Korea's official Korean Central News Agency shows American Merrill Newman inking his thumbprint onto a written apology for his alleged crimes both as a tourist and during his participation in the Korean War. KCNA/AFP/Getty Images hide caption 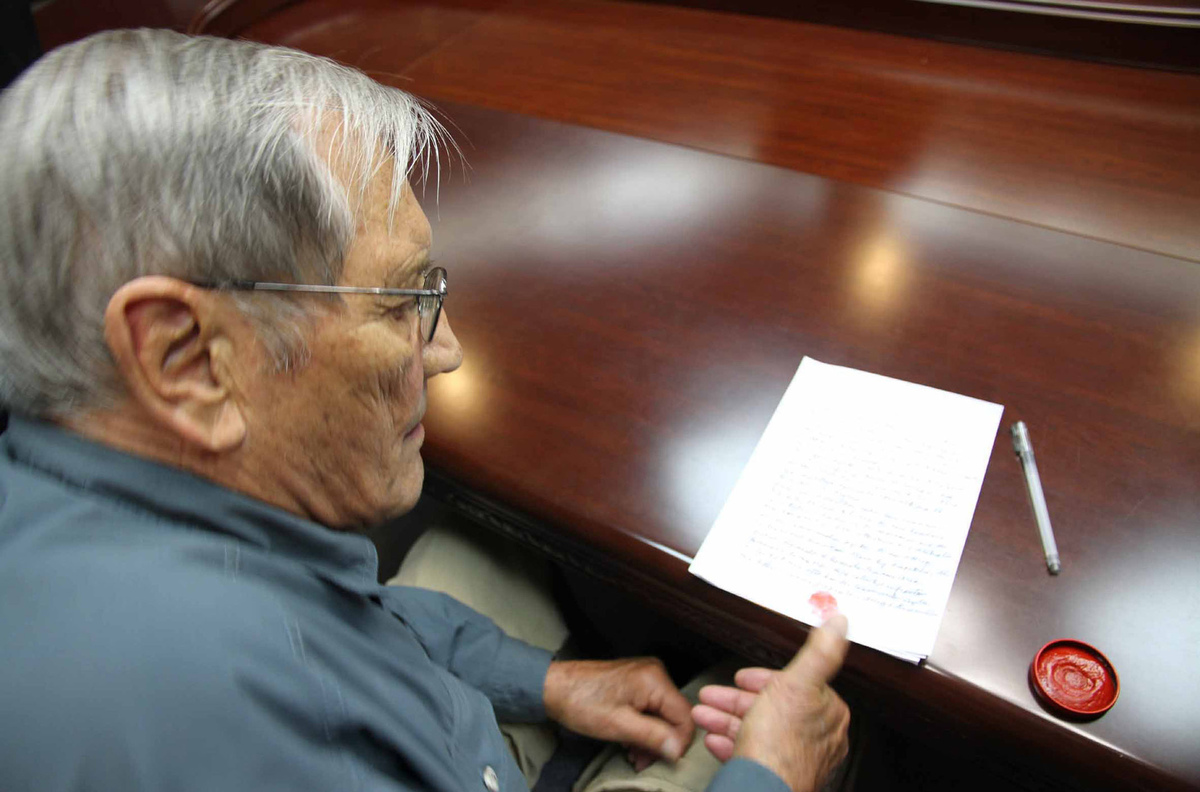 This photo taken on Nov. 9 and released on Nov. 30 by North Korea's official Korean Central News Agency shows American Merrill Newman inking his thumbprint onto a written apology for his alleged crimes both as a tourist and during his participation in the Korean War.

North Korea says a U.S. veteran, who has been detained for more than a month, has apologized for committing "indelible crimes against" the country in the past and during his current trip.

As Mark reported last week, Newman is an 85-year-old veteran of the Korean War who traveled to the country with a friend. According to that friend, the day before they were scheduled to depart, Newman met with North Korean officials and talked about his Army service.

The next day, Newman boarded a plane headed back to California, but a military officer boarded the aircraft and escorted him off.

"In addition to this statement, [the Korean Central News Agency] ran a story alleging Newman came to North Korea with a tourist group in October and afterward 'perpetrated acts of infringing upon the dignity and sovereignty of the DPRK and slandering its socialist system.'

"This story claimed that Newman tried to 'look for spies and terrorists who conducted espionage and subversive activities against the DPRK.' Investigators determined that, as a member of the U.S. military, he 'masterminded espionage and subversive activities ... and, in this course, he was involved in the killings of service personnel of the Korean People's Army and innocent civilians.'

" 'The investigation clearly proved Newman's hostile acts against the DPRK, and they were backed by evidence,' the KCNA story added. 'He admitted all his crimes and made an apology for them.' "

This was the first explanation North Korea has given for detaining Newman.

The Los Angeles Times reports that Newman's detainment is perplexing, because thousands of other Americans have entered North Korea on tourist visas without incident.

The paper speculates that Newman's error may have been speaking to North Korean agents too candidly.