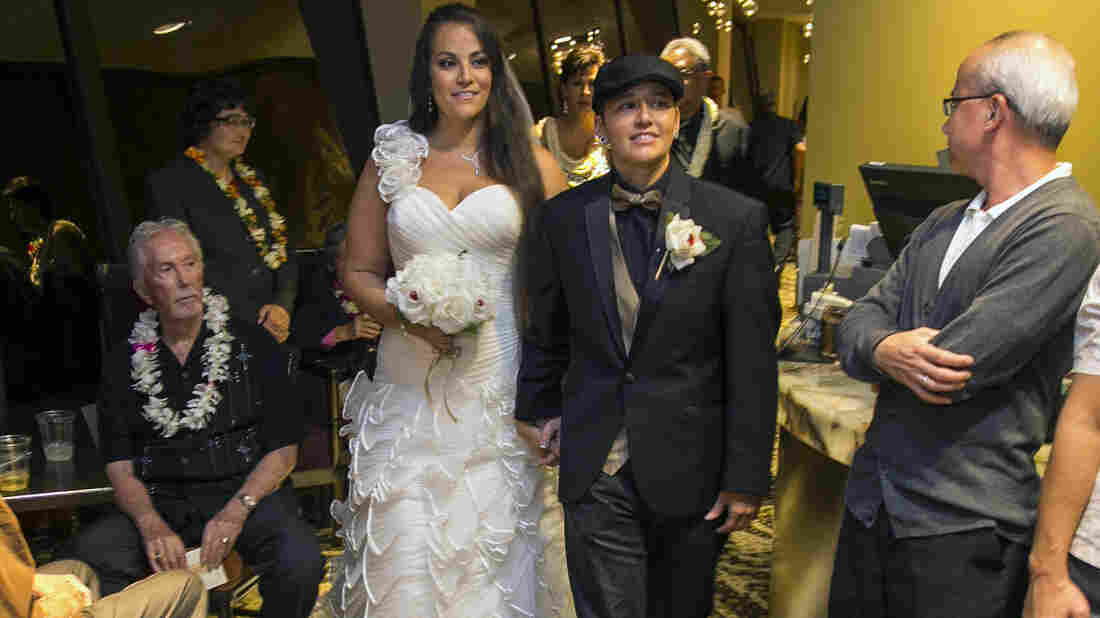 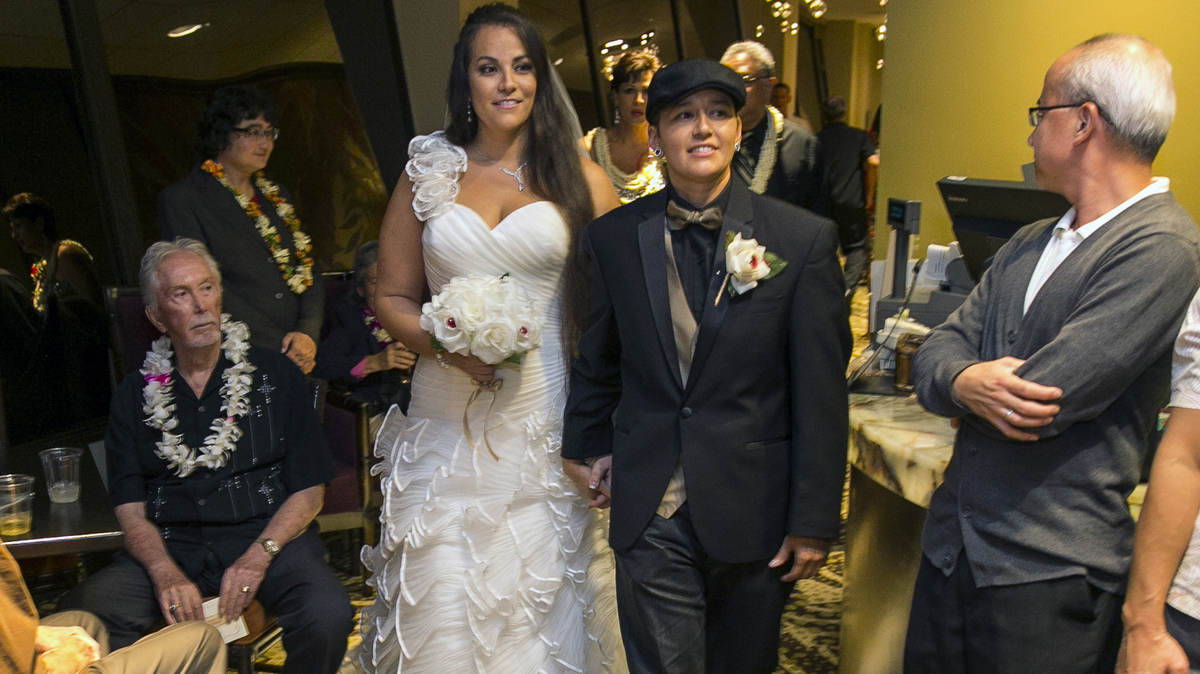 Six same-sex couples got married in Hawaii shortly after midnight Monday morning, taking advantage of a new law in the first hours of the first day it took effect. The state's Legislature approved the Hawaii Marriage Equality Act in a recent special session.

The six couples who were reportedly the first to wed under Hawaii's new same-sex marriage law did so at the Sheraton Waikiki, in an event held by several advocacy organizations, according to the Honolulu Star Advertiser.

The law also means that spouses who were married in other states will now have their marriages recognized in Hawaii. With the addition of Hawaii, gay marriage is now legally recognized in 15 states and the District of Columbia.

One of the couples celebrating today is Lisa Veneri and Renea Stewart, who have waited nearly 20 years to marry in Hawaii, as Molly Solomon reports for Hawaii Public Radio. Committed to each other since shortly after they met in California in the early 1990s, the pair celebrated their union in a 1999 ceremony. But now they're making it official.

"You could say, 'This is my wife,' and people would say, 'Yeah, yeah, OK.' And people in your community and your family would respect it," Stewart says. "But still, it just didn't have the weight that it carries today. I feel happy, because I don't feel invisible anymore."

"We want to be able to take care of our own family and have the same benefits as other married couples have," Veneri says. "But to know that I could do it in my own state, and that they wanted to see that happen for us as well, was just like icing on the cake."

Already a honeymoon destination, Hawaii could see a boost in tourism from gay marriage, Molly says in a separate report for today's Morning Edition. An economist at the University of Hawaii estimates an influx of $217 million over the next three years.

As we've reported, Hawaii's governor ordered a special session for the state's Legislature to consider the Marriage Equality Act in late October. The state had been at the forefront of states that allowed same-sex unions in the early 1990s, but it amended its constitution to allow a ban on same-sex marriages in 1998.