Accessibility links
VIDEO: Eagle Snatches Camera, Flies Away, Takes Great Selfie : The Two-Way Watch what happens as a bird in western Australia lifts off with a camera and then pecks away at the lens after carrying the device about 70 miles. It's the latest in a series of fascinating scenes from eagle cams.

Australian Broadcasting posted this video that was produced by rangers from the Kimberley Land Council. It includes short clips of an eagle flying away with a small camera, then pecking at it after setting the device down some 70 miles away.

We've been fascinated by an "eagle cam" trained on a nest in Iowa and been thrilled by the view from a camera attached to an eagle that soared above Chamonix, France.

If you liked those, you'll likely be interested in this, too:

Several weeks later, the device was found about 70 miles away. Now, rangers have released a compilation that shows the camera being snatched and carried off, as well a later view from the ground where the winged thief pecks away at the lens.

The bird ends up being caught in quite a nice selfie.

As we have before, we need to mention Fly Like An Eagle — just to be sure it's running through everyone's brains. 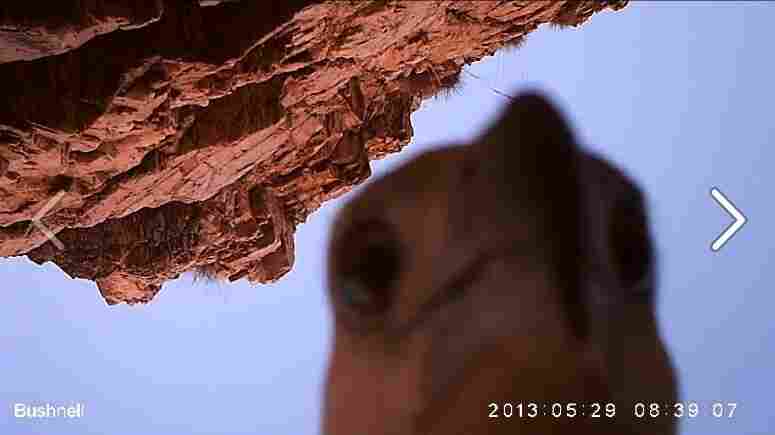 Caught red-beaked: This eagle grabbed a small wildlife camera in western Australia, flew away with it and then pecked away at the lens. ABC Kimberley hide caption 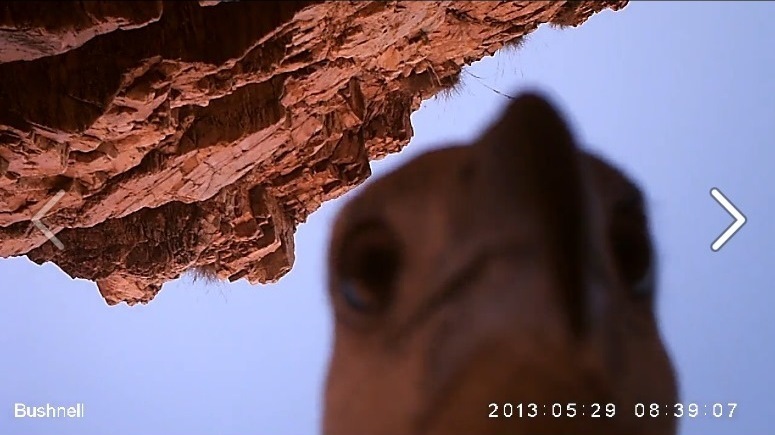 Caught red-beaked: This eagle grabbed a small wildlife camera in western Australia, flew away with it and then pecked away at the lens.