Accessibility links
Dead Mice Update: Tiny Assassins Dropped On Guam Again : The Two-Way Brown tree snakes came to Guam aboard ships and planes decades ago. Since then, they've devastated the local bird population. Federal researchers continue to experiment with a unique way to kill the invaders: Drop mice laced with poison into the trees where the snakes hang out. 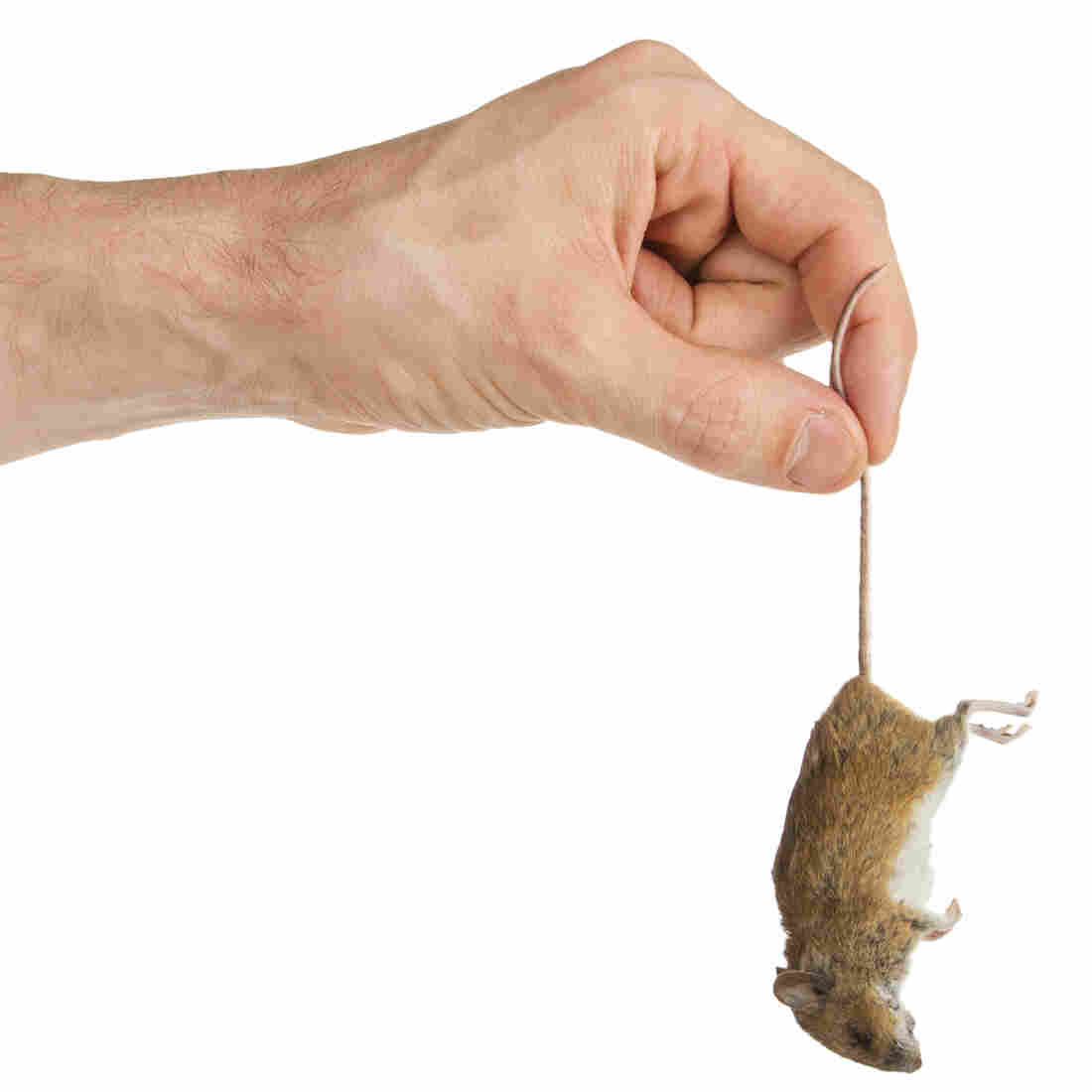 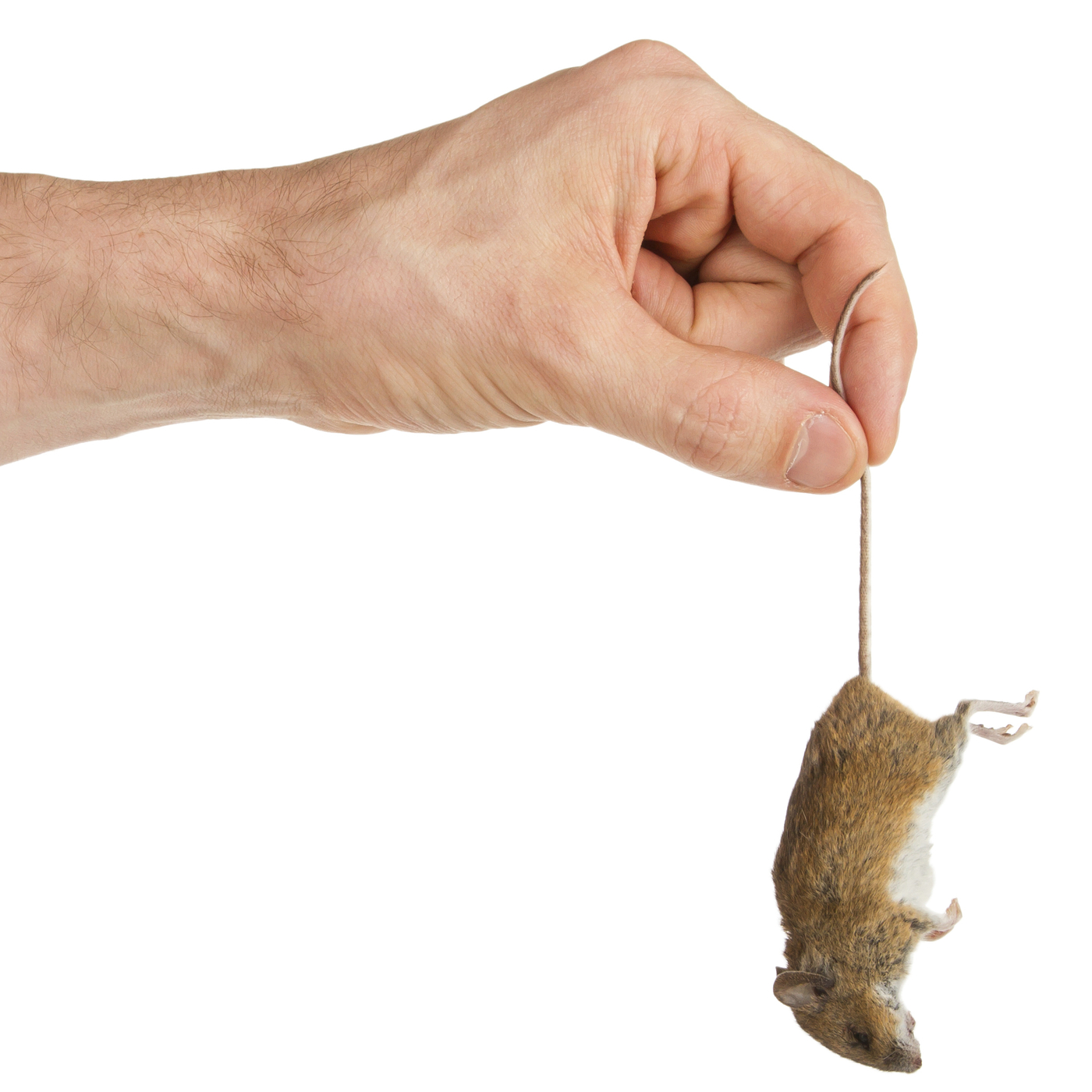 Dead mice laced with acetaminophen have for the fourth time been dropped from helicopters into trees on Guam in an experiment aimed at killing snakes that have devastated the island's bird population and caused other damage.

No, we haven't been duped by something written by The Onion. 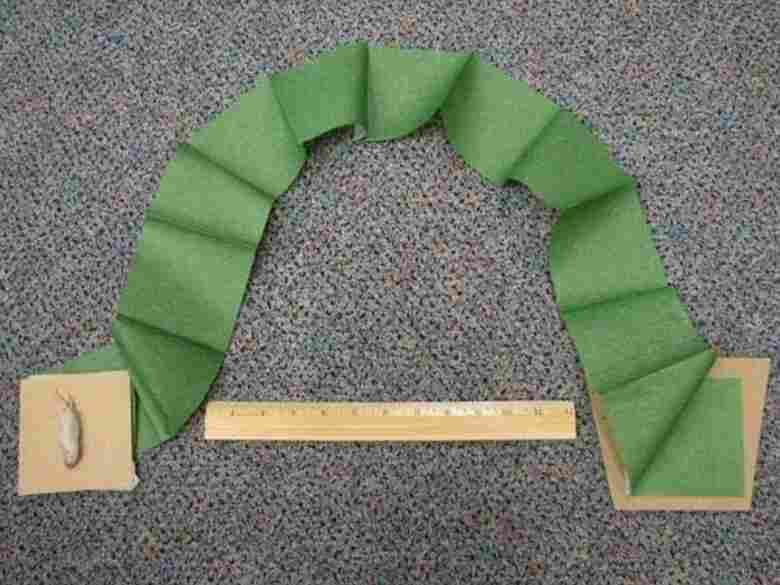 The dead mouse, left, is laced with acetaminophen, and attached to a piece of cardboard that in turn is attached to a streamer. Then it's all tossed into the branches where brown tree snakes live. Image from a U.S. Dept. of Agriculture report hide caption

toggle caption
Image from a U.S. Dept. of Agriculture report 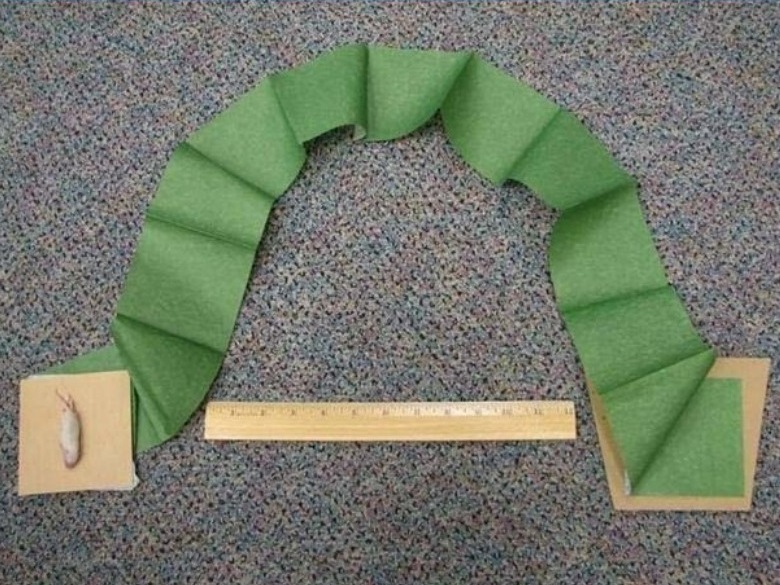 The dead mouse, left, is laced with acetaminophen, and attached to a piece of cardboard that in turn is attached to a streamer. Then it's all tossed into the branches where brown tree snakes live.

Image from a U.S. Dept. of Agriculture report

As we reported last February, scientists from the U.S. Department of Agriculture's Animal and Plant Health Inspection Service have been experimenting in the jungles around Anderson Air Force Base. They want to see if some of the estimated 2 million brown tree snakes on the island can be eradicated by enticing them to eat mice containing relatively small amounts of the painkiller.

It seems that acetaminophen is toxic to the snakes.

The trick has been getting the poisoned bait to the snakes, which hang out in trees, and keeping it away from other animals (though researchers say the 80 milligrams of acetaminophen in each mouse shouldn't harm most other creatures). The potential solution: attach the rodents to streamers that act as weak parachutes, then drop them from helicopters into the trees. The streamers get snagged in branches. For the snakes, it's manna (or mice?) from heaven.

This Monday, Guam's Pacific Daily News writes, "representatives from several federal agencies watched... as a crew dropped dead mice filled with mild toxins onto two test sites on Andersen Air force Base, for the fourth official aerial bait drop event." The Department of Interior and Department of Defense have joined in the $8 million project.

"Crews ... combed the two 136-acre areas — equaling the size of about 210 football fields combined — to locate tiny radios also implanted in some of the mice," the Pacific Daily News says. "These radios help the USDA track the snakes' activity — whether or not they've eaten the mice or if the mice decompose on their own."

On a video posted by the Pacific Daily News, Agriculture Department biologist Dan Vice says the drops were designed to "further the technology" and help determine if mouse bombs are indeed effective snake killers. There's some footage of the aerial drops in that video.

There's more about all this in our previous post, including some background:

As NPR's Christopher Joyce has reported, "the brown tree snake invaded Guam over 60 years ago — they sneaked in aboard boats or in the wheel wells of airplanes." It's feared that they might show up elsewhere, such as Hawaii, if they hop rides on planes and ships leaving Guam. The Agriculture Department has estimated that if the snakes reached the Aloha State, the economic damage "from medical incidents [bites], power outages [they get caught in power lines and transmitters], and decreases in tourism ... would range from approximately $593 million to $2.14 billion annually."

The snakes' presence in Guam has been good for at least some creatures. Chris reported that because the snakes have eaten most of the island's birds, the spider population has exploded.

Also, there's this from a 2011 report posted on Andersen Air Base's website:

" 'As you may or may not know, the brown tree snake is responsible for the extinction of nine of 12 forest birds on Guam,' explained [Marc Hall, the supervisory wildlife biologist of USDA on Andersen]. 'Research is showing that the loss of the birds may be impacting the ability of the natural ecosystem to sustain itself.'

"Before the snakes arrived, Guam's ecosystem was very different. Numerous birds could be seen and heard when walking through the northern limestone forests. Without the birds to disperse seeds and the fact that nonnative pigs and deer tear up the ground and eat sapling plants, the native limestone forest has been severely degraded and will require extensive help in order to recover."

And we've previously covered the issue of "live vs. dead bait":

This research paper posted online by the Agriculture Department indicates that in earlier tests, the snakes did devour "dead neonatal mice adulterated with 80-mg acetaminophen" and that the "baiting" with laced mice was effective in killing the snakes.