Accessibility links
North Korean Leader's Uncle Reportedly Sacked From Top Post : The Two-Way Jang Song Thaek, who was close to Kim Jong Un's late father, was reportedly dismissed from a top post on the country's key military committee. Two of his aides are said to have been executed. 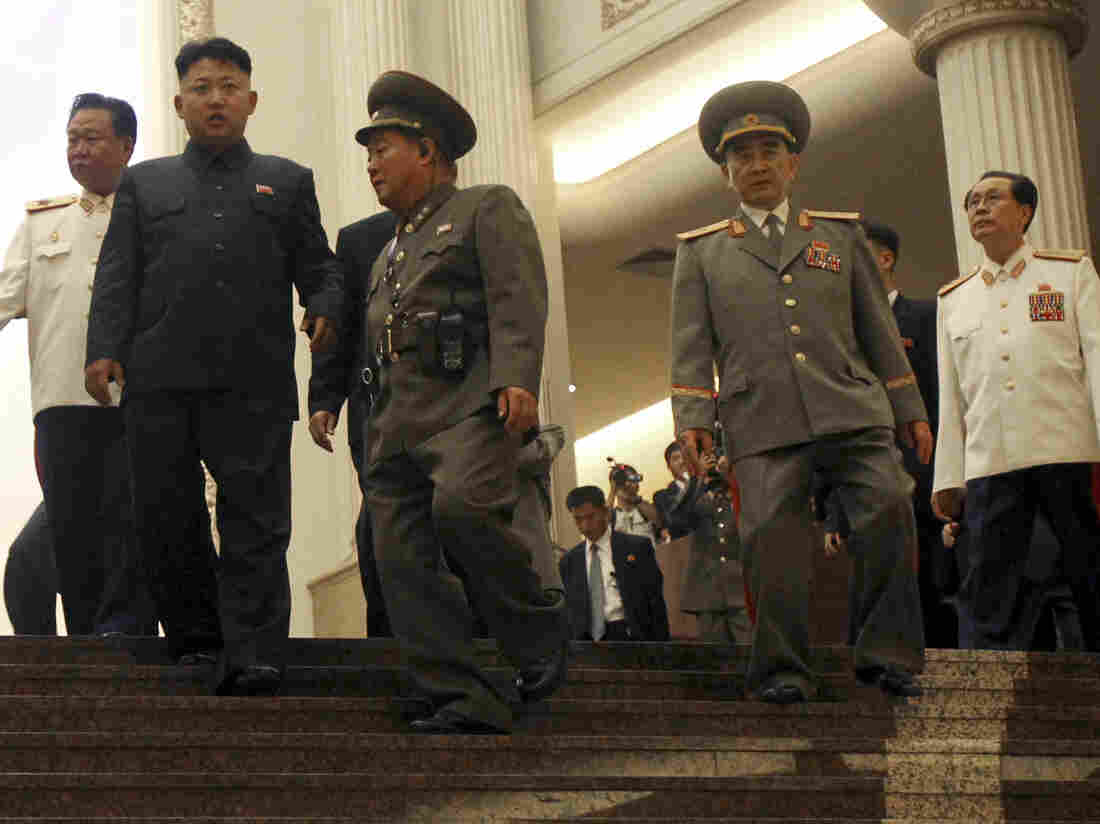 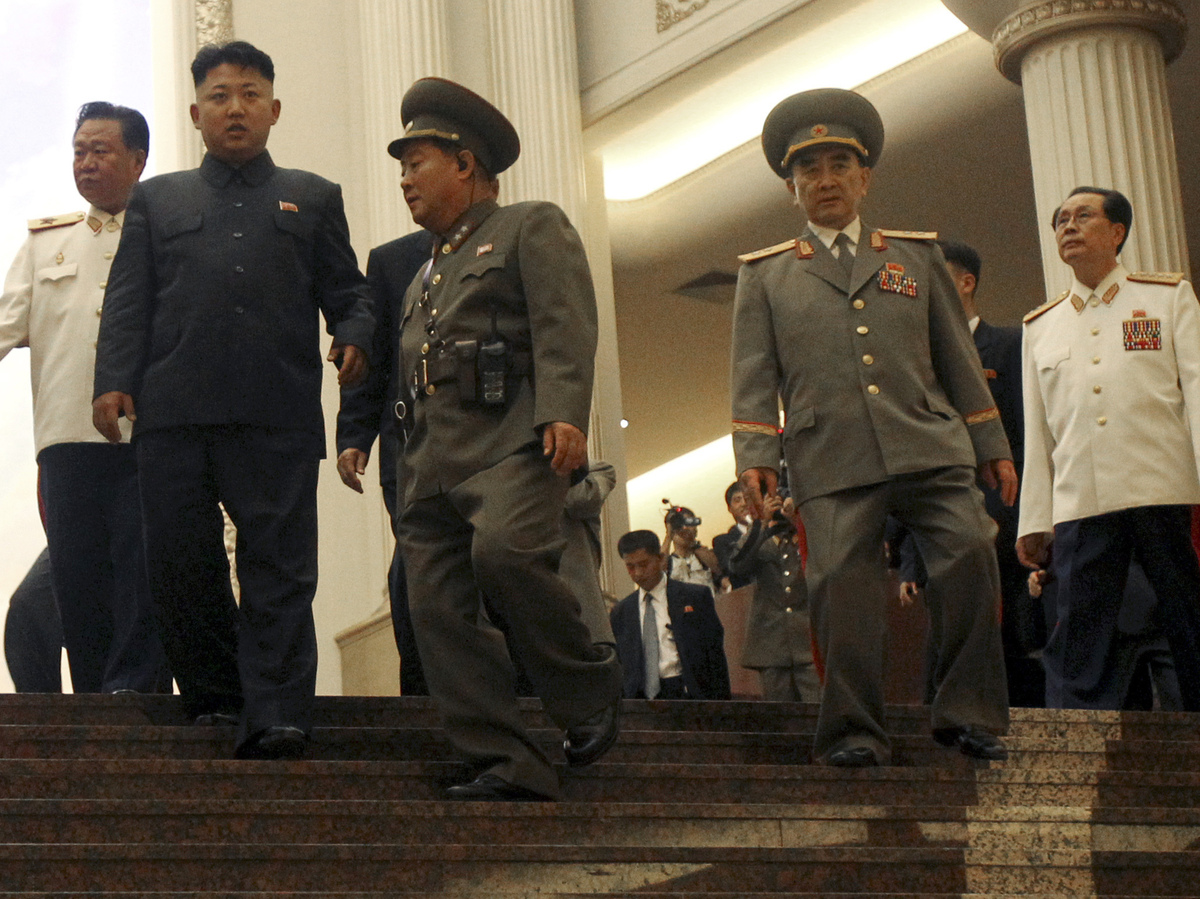 In a photo from July, North Korean leader Kim Jong Un (second left) is flanked by top advisers, including his uncle Jang Song Thaek, at far right in white uniform.

An uncle of North Korean leader Kim Jong Un has reportedly been dismissed from a key post as the vice chairman of the country's National Defense Commission, an assessment by South Korea's intelligence service says.

Jang, who is married to the sister of late leader Kim Jong Il, is said to have been fired last month. But, according to The Associated Press, purges against Jang have been reported in the past only to find him later back in power, apparently rehabilitated.

"He was seen as a powerful influence as young leader Kim Jong Un consolidated power after his father Kim Jong Il's death in December 2011. Jang walked by Kim Jong Un's side as a hearse carried Kim Jong Il's body through Pyongyang."

The BBC says that "if true, the development would mark a significant shift."

"[Jang] climbed through the ranks of the secretive leadership of North Korea's Korean Workers' Party (KWP) in the 1970s.

"In 1992, he was elected to the party's Central Committee. But, despite his senior status, he has been targeted by purges in the past.

"In 2004, despite his place in the Kim family, he disappeared from public view.

"One report at the time, citing South Korean intelligence, said [Jang] had been placed under house arrest.

"Others suggested he had been sent for 're-education'. However, two years later he appeared to have been reinstated."

The Independent says, "The move is likely to tip the balance in favour of the top political operative for the army, Choe Ryong-hae, which could mean a symbolic victory for the 1.2 million-strong military. Mr Choe, director of the General Political Bureau of the Korean People's Army, has been the most prominent figure to accompany Mr Kim at public events and is a reminder of the state's political roots in military power."

Back in 2010, NPR's Mike Shuster reported that then-leader Kim Jong Il had elevated Jang to the No. 2 spot in the government.

And, as NPR's Louisa Lim reported last year, Jang had been dispatched to Beijing to win an agreement with China for two new special economic zones between the two countries, only to return home empty-handed.