Accessibility links
Seahawks Fans Cause Earthquake, Set Noise Record : The Two-Way During Seattle's 34-7 win over New Orleans, the home team's fans went wild. They stomped so hard that a nearby seismometer's needle moved. Meanwhile, the noise at CenturyLink Field was louder than a jet engine. 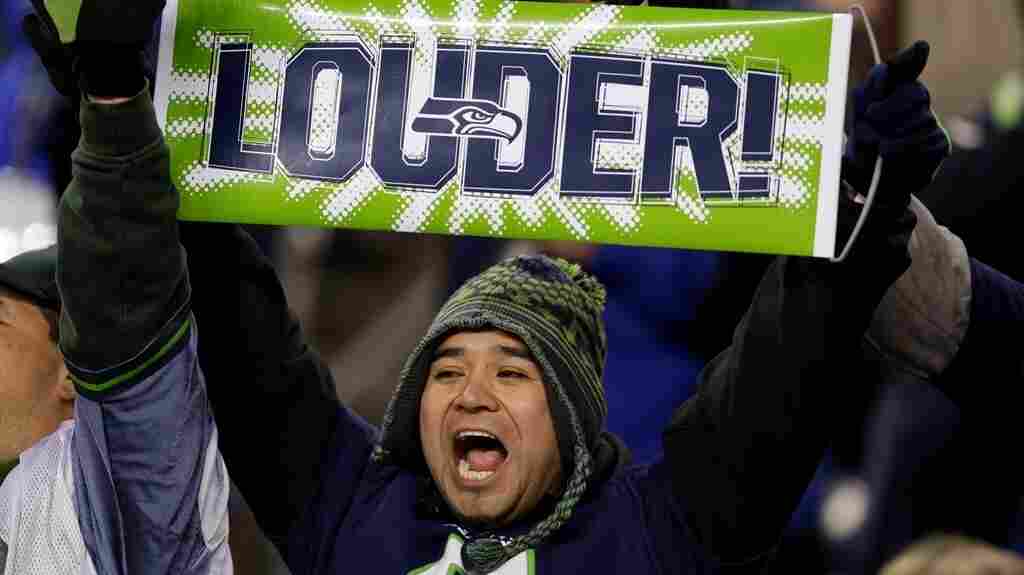 A Seattle Seahawks fan at Monday night's game, when he and other helped set a new noise record and made the ground rumble. Elaine Thompson/AP hide caption 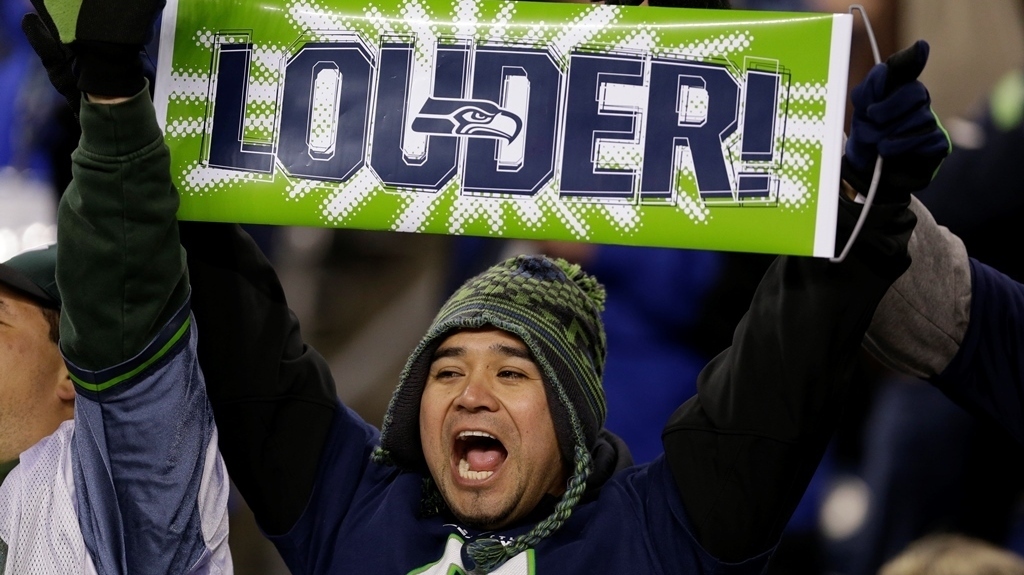 A Seattle Seahawks fan at Monday night's game, when he and other helped set a new noise record and made the ground rumble.

They're louder than a jet on takeoff and they make the earth tremble.

We're talking about fans of the NFL's Seattle Seahawks.

During the team's home game Monday night against the New Orleans Saints, "Seahawks fans jumping up and down during" a fumble return for a touchdown "registered about a magnitude 1 or 2 earthquake," The Seattle Times' The Today File blog reports.

The tiny temblor was picked up by a University of Washington seismometer in a nearby warehouse.

Also during the game, fans "set a record for noise [as such an event], registering 137.6 decibels," Seattle's KIRO-TV says.

According to SeattlePI, "the 12th Man [as Seahawks fans like to call themselves] edged Kansas City's previous record of 137.5 decibels. ... The record comes as no surprise, as fans had plenty to cheer about in the first half of Seattle's 34-7 blowout of the New Orleans Saints on national television."

Seahawks fans also get some encouragement from the staff at CenturyLink Field when it comes to making noise.

Just how loud was it? According to the Dangerous Decibels project: a jack hammer comes in at 125 decibels and a jet engine registers at 135. The National Institutes of Health says "sounds that reach 120 decibels are painful to our ears at close distances."