Accessibility links
NTSB Bars Train Union From Crash Inquiry, Citing Confidentiality : The Two-Way The investigation into the Bronx train crash that killed four people Sunday will continue without the direct involvement of the rail employees union. The move came after the union's leader told the media that the train's engineer "basically nodded" moments before a catastrophic derailment. 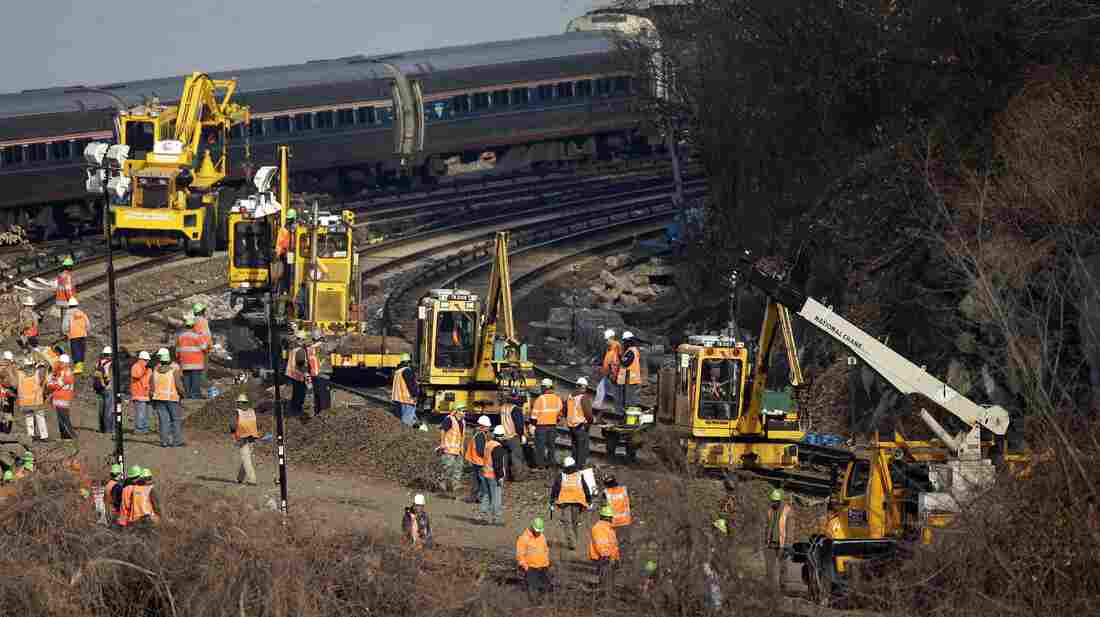 A train passes by the scene of repair efforts Tuesday at the site of a train derailment in the Bronx borough of New York. Seth Wenig/AP hide caption 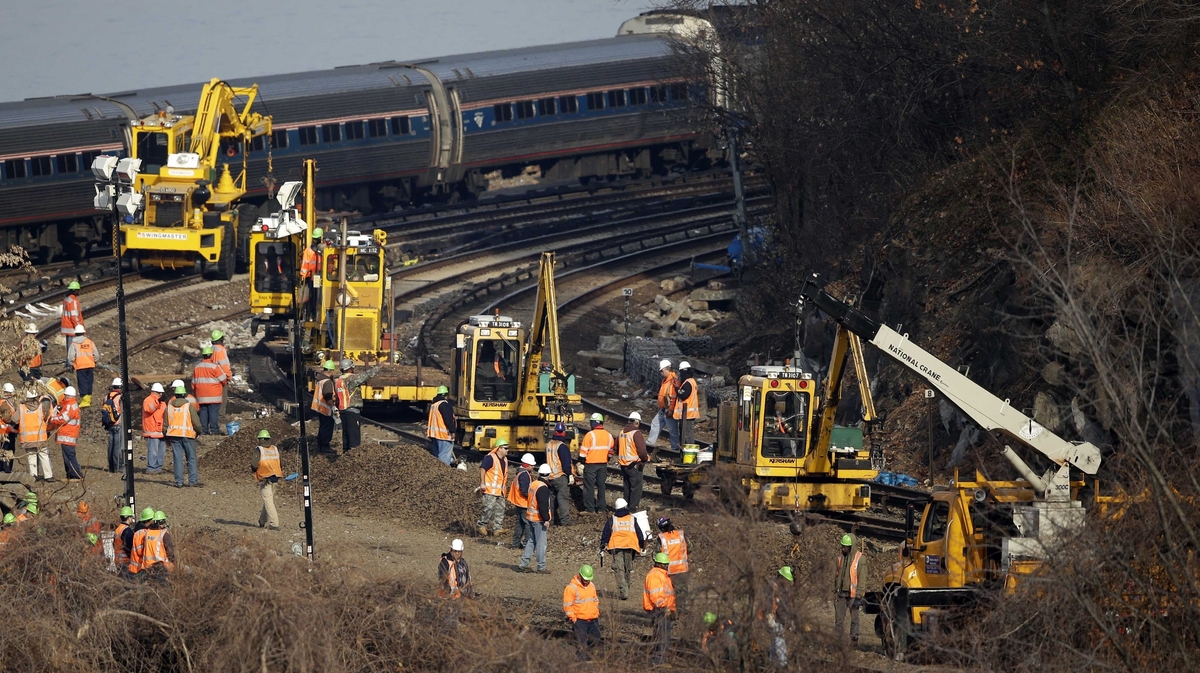 A train passes by the scene of repair efforts Tuesday at the site of a train derailment in the Bronx borough of New York.

The investigation into the Bronx, N.Y., train crash that killed four people Sunday will continue without the direct involvement of the rail employees union the Association of Commuter Rail Employees. The move was in response to remarks the union's leader made at a Tuesday news conference regarding the train engineer's awareness level moments before a catastrophic derailment.

The union group was one of several organizations invited to participate in the National Transportation Safety Board probe on condition that their representatives not reveal information, the federal agency said in a statement late Tuesday.

As the Two-Way reported yesterday, ACRE leader Anthony Bottalico told the media that the engineer, William Rockefeller, "basically nodded" at the controls.

"He had the equivalent of what we all have when we drive a car," the union leader said. "That is, you sometimes have a momentary nod or whatever that might be. How long that lasts, I can't answer that. Only Billy can."

The crash happened after the Metro-North Railroad passenger train approached a curve at 82 mph, far above the 30 mph speed limit for the area, investigators say.

"Rockefeller had begun running that route on Nov. 17, two weeks before the wreck," The Associated Press reports. "Bottalico said Rockefeller was familiar with the route and qualified to run it."

A veteran train engineer, Rockefeller is said to be cooperating with the NTSB. But an interview about the crash had to be suspended Monday due to his distraught emotional state, CNN reports.

Meanwhile, NTSB officials said the train had a "dead-man's pedal" that would slow the train if an operator lost consciousness, but they could not provide more details because the equipment is still being examined.

And NTSB member Earl Weener said an analysis of Rockefeller's cellphone records had not yet been performed, though "we are getting the forensic data from the cellphone."

As for reports that Rockefeller may have nodded off, Weener said, "It's premature to be able to say."