Accessibility links
Stolen Radioactive Material Found In Mexico : The Two-Way One official predicted that anyone involved in opening a box containing radioactive cobalt-60 could be in grave danger of dying within days. 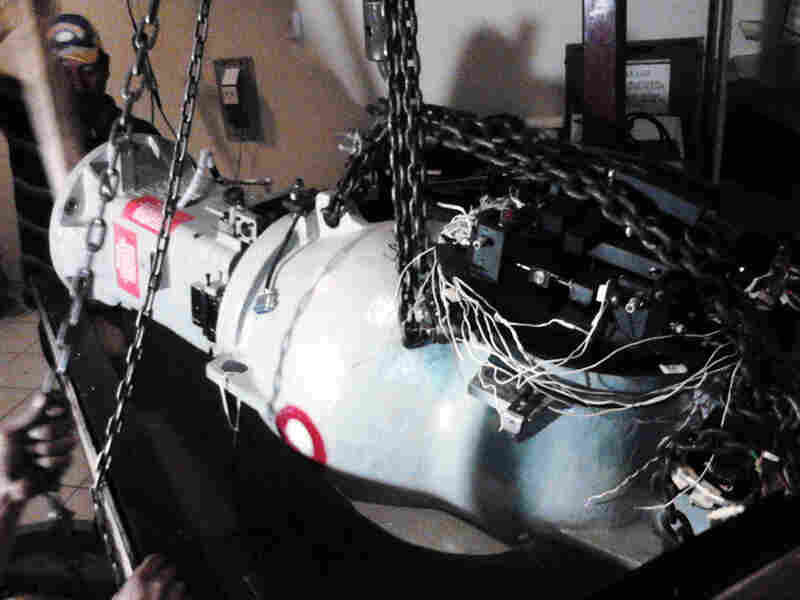 A photo released by Mexico's nuclear safety agency shows medical equipment containing radioactive source material. The photo was taken as the equipment was being prepared for loading into a truck, which was later stolen. CNSNS hide caption 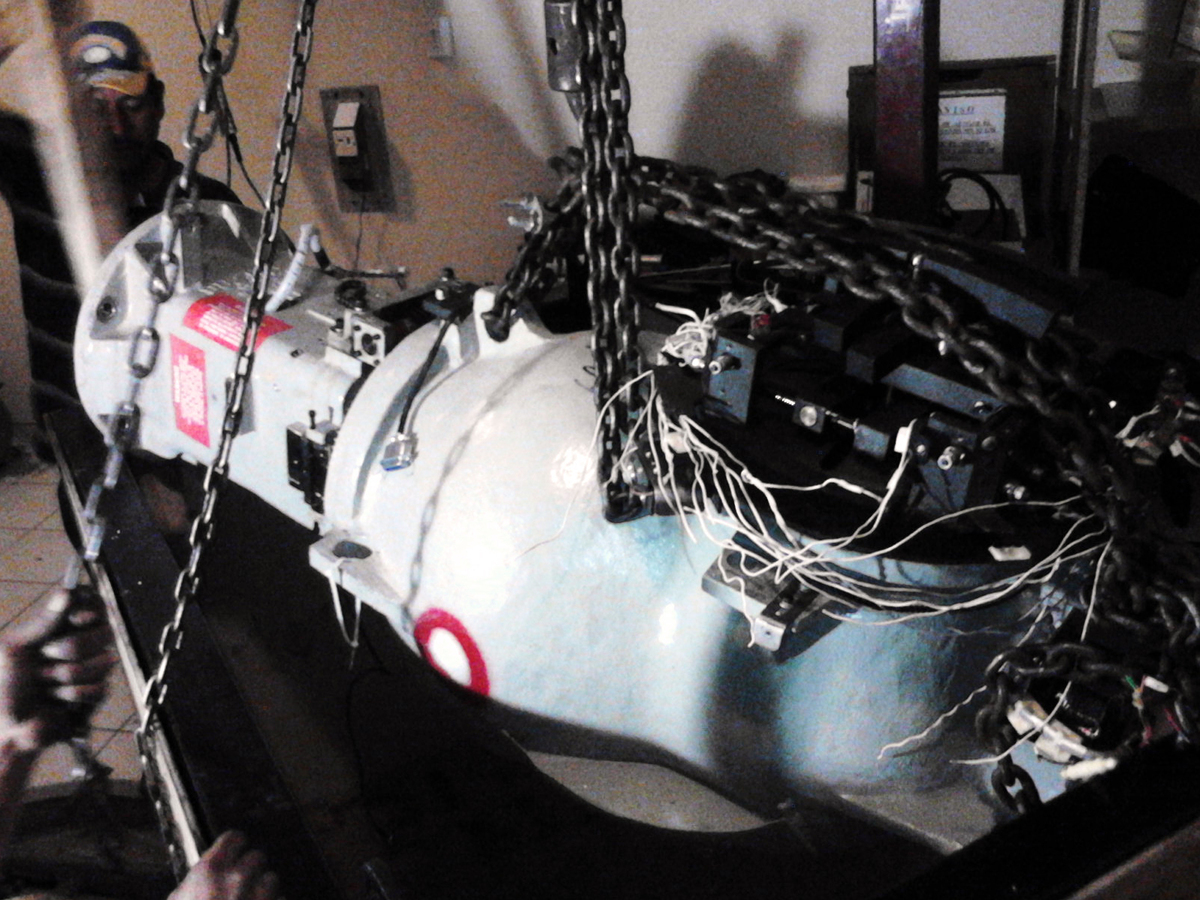 A photo released by Mexico's nuclear safety agency shows medical equipment containing radioactive source material. The photo was taken as the equipment was being prepared for loading into a truck, which was later stolen.

"A missing shipment of radioactive cobalt-60 was found Wednesday near where the stolen truck transporting the material was abandoned in central Mexico, the country's nuclear safety director said.

"The highly radioactive material had been removed from its container, officials said, and one predicted that anyone involved in opening the box could be in grave danger of dying within days.

"The cobalt-60 was left in a rural area about a kilometer (a half a mile) from Hueypoxtla, an agricultural town of about 4,000 people, but it posed no threat or a need for an evacuation, said Juan Eibenschutz, director general of the National Commission of Nuclear Safety and Safeguards.

"'Fortunately there are no people where the source of radioactivity is,' Eibenschutz said."

The incident began on Monday, when a white Volkswagen truck carrying the container was stolen at a gas station in Mexico.

On Tuesday, Mexico's nuclear safety group, known as CNSNS, issued a public alert, saying that federal, state and local authorities were looking in at least six states for the Volkswagen Worker truck, which is equipped with a crane and bears the license plate 726-DT-8.

"The radiotherapy source was being taken from a hospital in the northern city of Tijuana to a waste storage center.

"It was stolen near the capital, Mexico City.

"Mexico's Nuclear Security Commission said that at the time of the theft, the cobalt-60 teletherapy source was 'properly shielded.' "

That shielding would seem to come from the equipment itself. In the truck, it was placed in a sealed wooden box that has steel edging.

Mexican officials have informed the U.N.'s nuclear watchdog, the International Atomic Energy Agency, of the theft.

The U.N. agency says the radioactive source material "could be extremely dangerous to a person if removed from the shielding, or if it was damaged."

The Associated Press quotes Mexico's nuclear safety director, Juan Eibenshutz, as saying the stolen container has been found empty in the state of Mexico. He said radioactivity had been detected about half a mile from where the truck and the empty container were found.

"The thieves removed the material from its case, and have been exposed to dangerous levels of radiation, an official at the commission told local television, adding that those affected could die.

"The area around the stolen truck has been cordoned off.

"The plan was to return the radioactive material to a sealed case as soon as possible, the official added, but did not specify its precise whereabouts. The theft sparked fears that the material could be used in a 'dirty bomb.' "

As you might imagine, the potential risks posed by an unsecured load of radioactive material are serious. As NPR's Scott Hensley tells us, "there was a similar case 30 years ago that led to one of the worst radioactive contaminations in North America."

Scott is referring to an incident that began in Mexico in late 1983, after which a man acquired the nickname "El Cobalto."

In that case, a cascade of events unfolded after a hospital handyman named Vicente Sotelo Alardin inadvertently put pellets containing cobalt 60 from a radiotherapy machine in the bed of his pickup truck in Ciudad Juarez, just over the Rio Grande from El Paso, Texas.

The vehicle became "hot," as the comptroller of Texas wrote, emitting 50 rads of radioactivity an hour — "enough to reduce the number of white blood cells that protect the body from infection and to inflict at least temporary damage to the chromosomes of anyone close by."

But that was merely the source, not the extent, of the troubles. Again, from the Texas report:

"Sotelo's mistake was in pilfering an unmarked capsule from the load and throwing it into the back of his pick-up truck. Later, when he pried open the capsule, out spilled 6,010 small, silvery pellets that looked like cake decorations but were in fact loaded with high levels of the radioactive cobalt 60 isotope. Some of the pellets rolled into the truck bed and onto the road. Others remained inside the capsule, which Sotelo took to the junkyard and sold as scrap for the peso equivalent of $9. There, the capsule was dumped near a huge magnet used to load scrap metal onto trucks bound for two northern Mexico foundries.

"According to investigators, each pellet in the capsule was capable of producing a dose of 25 rads per hour. As the junkyard magnet moved the scrap metal around, the pellets were mixed with other materials, pulverized, and spread across the area. Others became imbedded in truck tires and were then jarred loose along highways. An estimated 300 curies of radioactive cobalt found their way to the two Mexican foundries, one of which manufactured metal table legs for shipment to the largest distributor of restaurant tables in the U.S., while the other produced steel rods used in the reinforcement of concrete building projects. About 600 tons of the contaminated steel were shipped to the U.S. from December 1983 to January 1984."