Accessibility links
Norman Rockwell's 'Saying Grace' Sells For $46 Million At Auction : The Two-Way The sale of the famous painting of a woman and boy bowing their heads in prayer at a table in a bustling restaurant set a record for Rockwell's art. 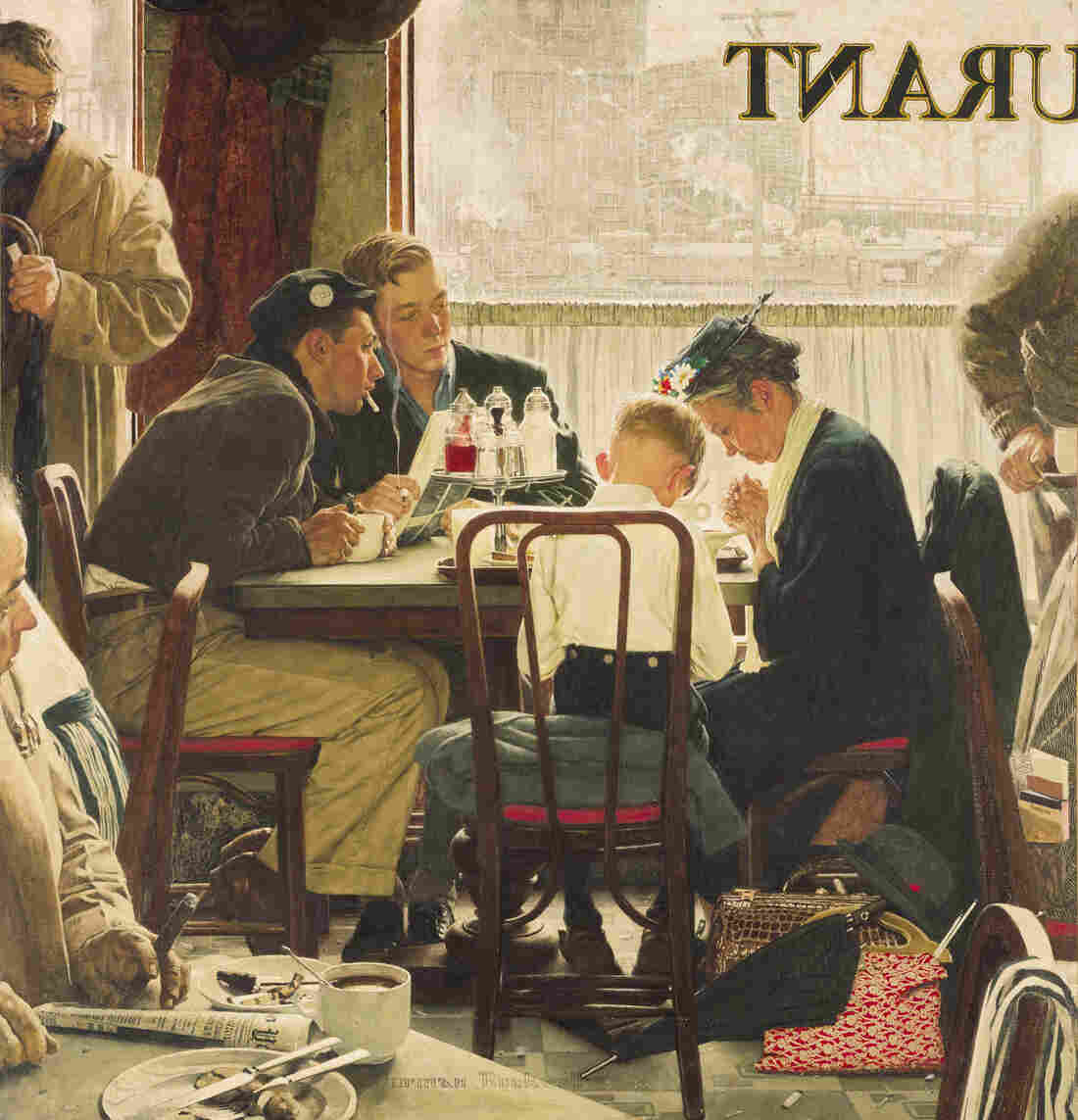 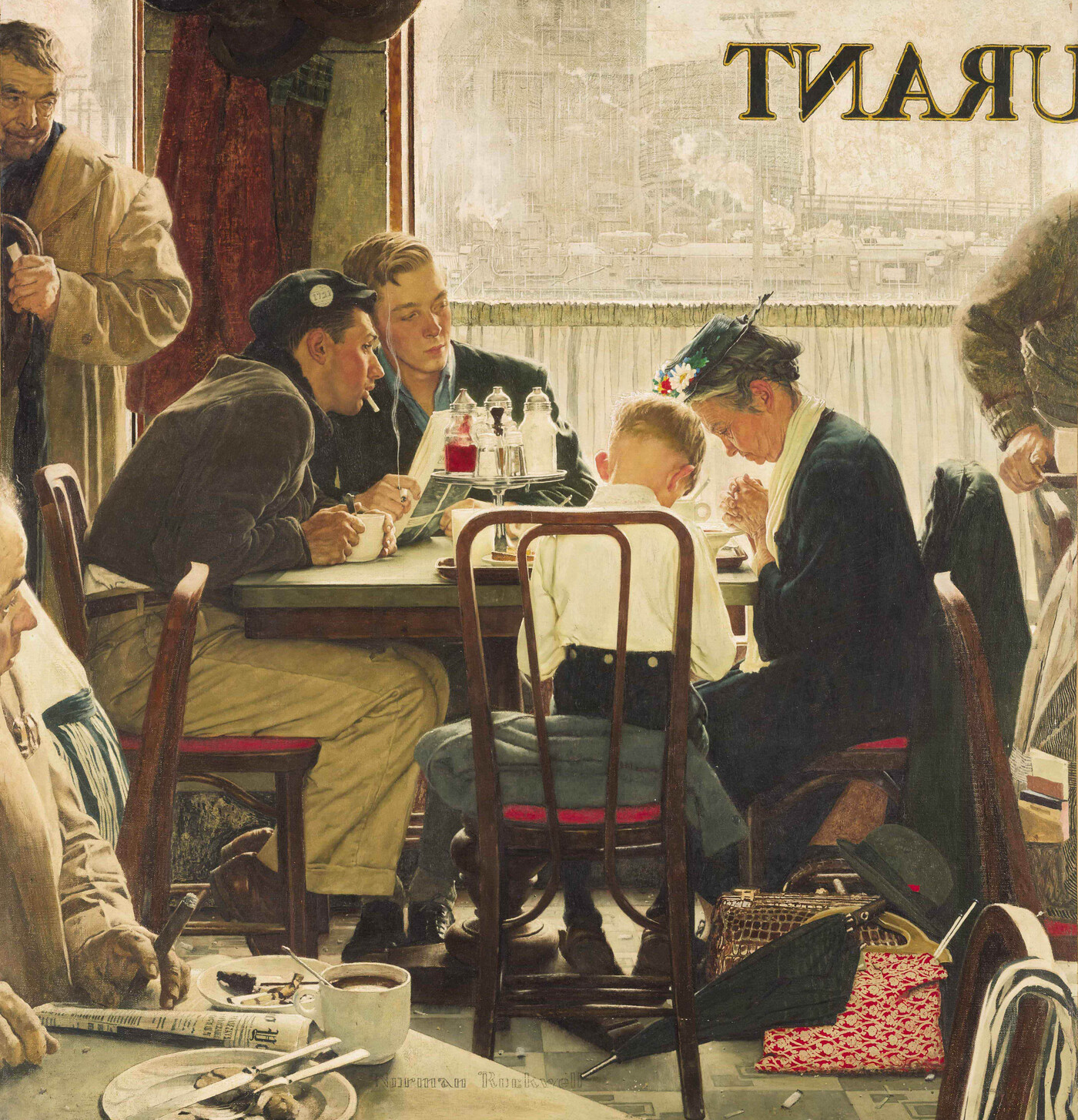 Three Norman Rockwell paintings sold for a combined total of nearly $58 million at a Sotheby's auction Wednesday. The three paintings, which had long been displayed in a Massachusetts museum named for the artist, were among 10 Rockwell works sold at auction today.

By far, the star of the bunch was the 1951 masterpiece Saying Grace, which sold for $46 million — a record for Rockwell's art. The price includes a buyer's premium. The AP says the artist's previous record of $15 million had been set by Breaking Home Ties at a 2006 Sotheby's auction.

The famous Saying Grace depicts a woman and boy bowing their heads in prayer at a table in a bustling restaurant, as other patrons pause for a moment to look on.

Before the auction, Saying Grace had been expected to garner between $15 million and $20 million. The painting by the beloved Saturday Evening Post illustrator has been exhibited in more than a dozen museums around America. 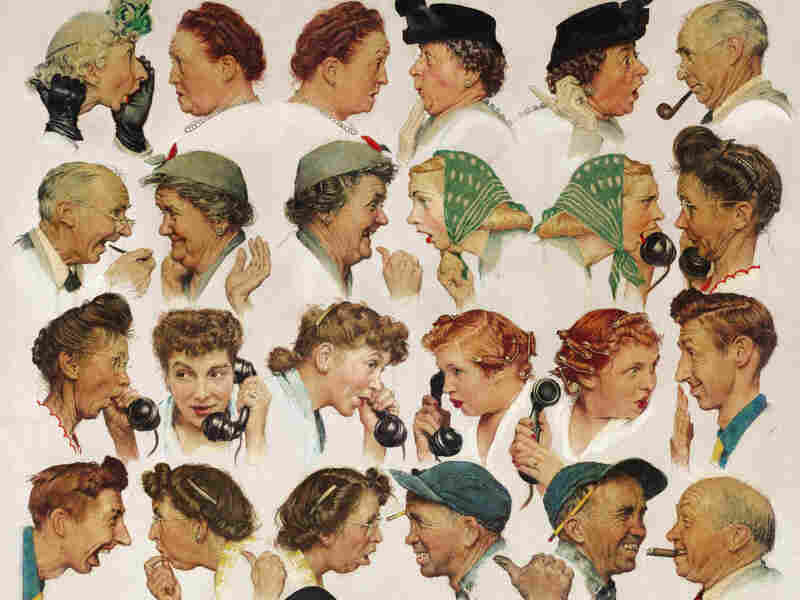 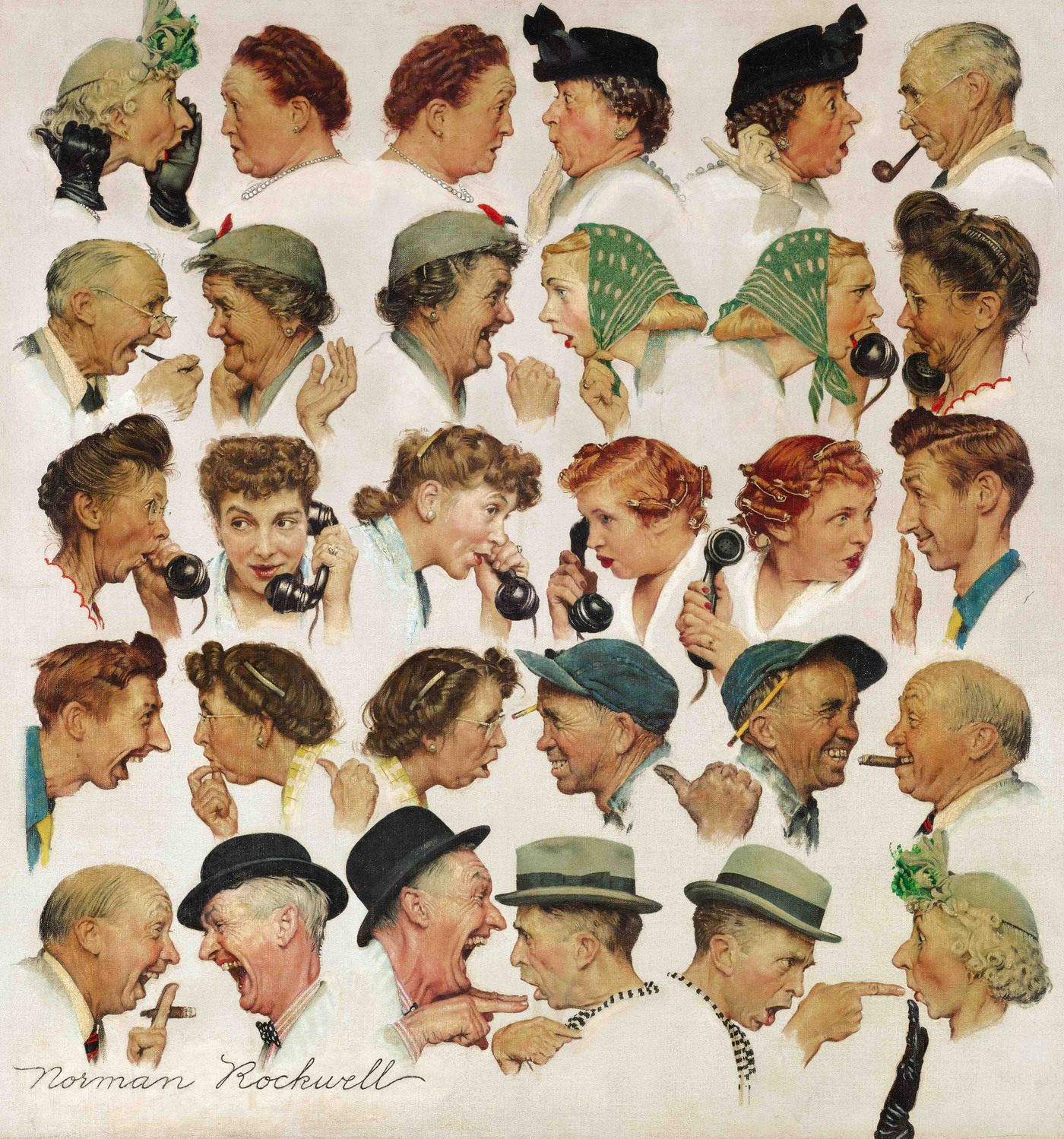 Rockwell's The Gossips, seen here in a detail view, sold for nearly $8.5 million Wednesday. To see the full painting, click the image.

The other two paintings that had been on long-term loan to the Norman Rockwell Museum were The Gossips, which sold for nearly $8.5 million, and Walking to Church, which topped $3.2 million.

Those three paintings were sold by descendants of Kenneth J. Stuart, the Evening Post art editor who worked with Rockwell for nearly 20 years and who had received the works as gifts from the artist.

In its background information about today's sale, Sotheby's includes this quote from a letter Rockwell wrote to Stuart:

"The encouragement and freedom you give me in my work shows what a great impresario you are. It is great to feel that your art editor is one hundred per cent for you, and is a real friend. This may sound a bit flowery, but it is completely sincere, and I do want to express my thanks to you."