Accessibility links
Sandy Hook Elementary 911 Calls Reveal Panic From Inside School : The Two-Way The calls were made as gunman Adam Lanza entered the school on Dec. 14, killing 20 children and six staff members. "It's still going on," a school custodian told a dispatcher. "I keep hearing shooting. I keep hearing pops." 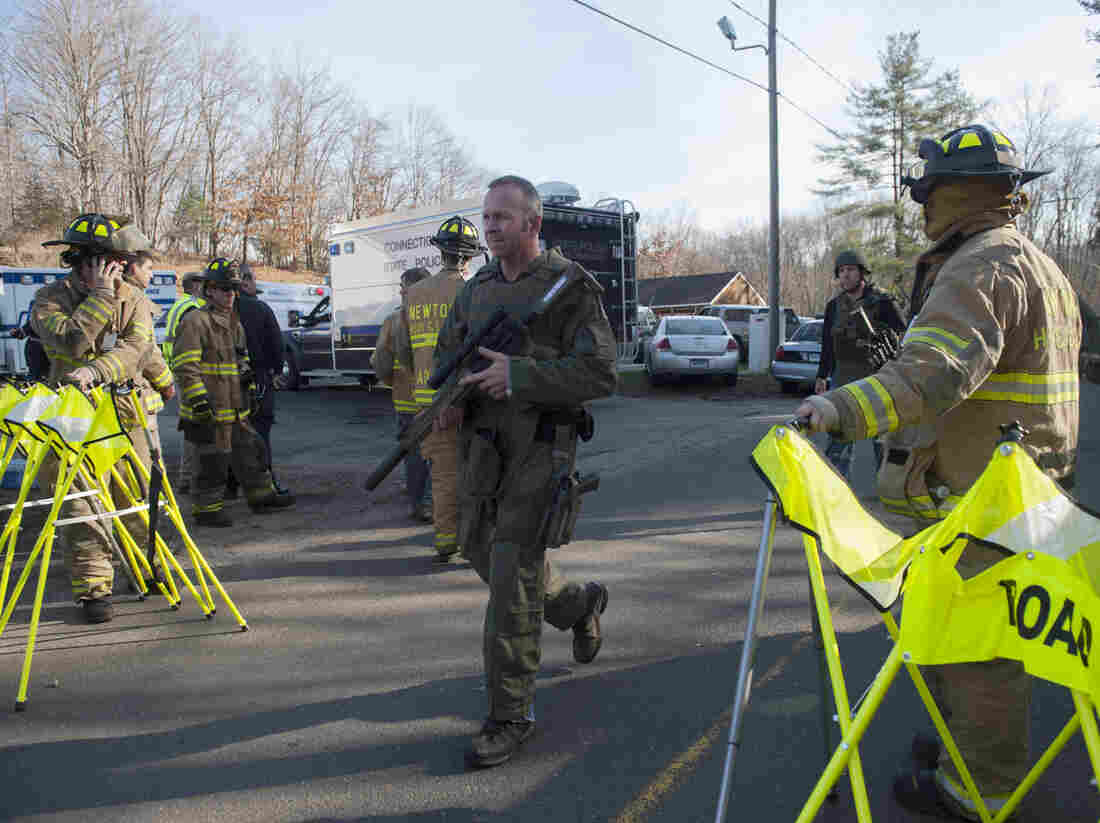 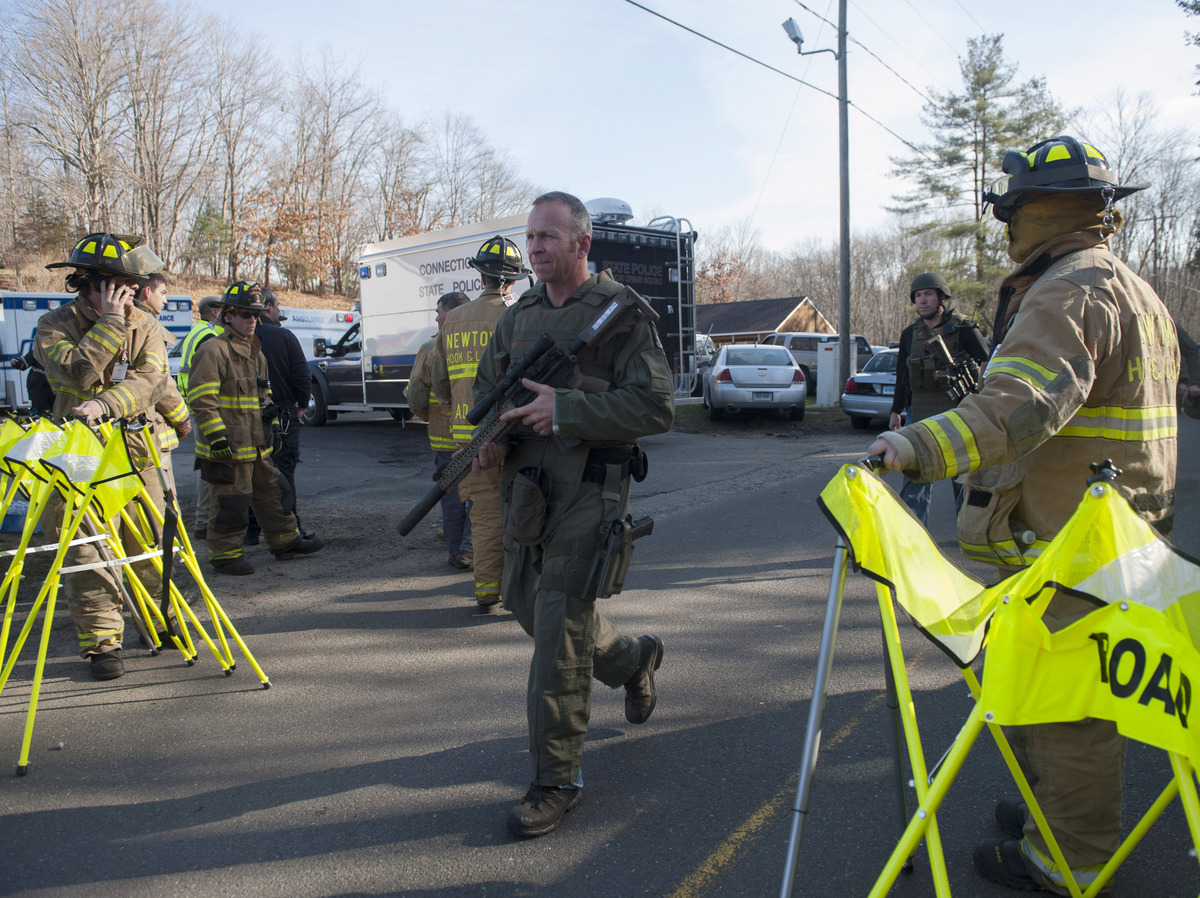 Connecticut State Police walk near the scene of the Sandy Hook Elementary School shooting on Dec. 14, 2012, in Newtown.

Emergency calls from last year's Sandy Hook Elementary School shooting reveal 911 dispatchers who dealt with the situation calmly, urging callers to take cover and inquiring about the welfare of the children.

One caller told dispatchers that a gunman was shooting inside the building and that she could see him. The New Haven Register has put audio of the calls online here. (Warning: some of it might be graphic).

"They're running down the hallway. Oh, they're still running and still shooting. Sandy Hook school, please," the woman says.

The calls were made after 20-year-old Adam Lanza entered the school on Dec. 14, killing 20 children and six staff members before taking his own life.

In other calls to 911, a school custodian, Rick Thorne, tells police that the front glass of the school is shot out.

The Associated Press reports that in one of the recordings:

"Dispatchers were heard making calls to Connecticut state police that apparently rang unanswered. One of the three unanswered calls rang for at least 50 seconds. State police picked up on a fourth call.

"But state police had already been dispatched to the school by the time those calls were made, according to a timeline and call log supplied by Newtown officials."

When an unidentified teacher calls from a classroom and reports gunshots in the hall, the dispatcher advises her: "Keep everybody calm, keep everybody down, get everybody away from windows, OK."

The AP, which sought the release of the recordings over the objections of prosecutors, says that the audio of all seven calls released on Wednesday came from inside the school and were routed to Newtown police. Calls that originated outside the school and routed to Connecticut State Police are the subject of a separate freedom of information request by the news agency.