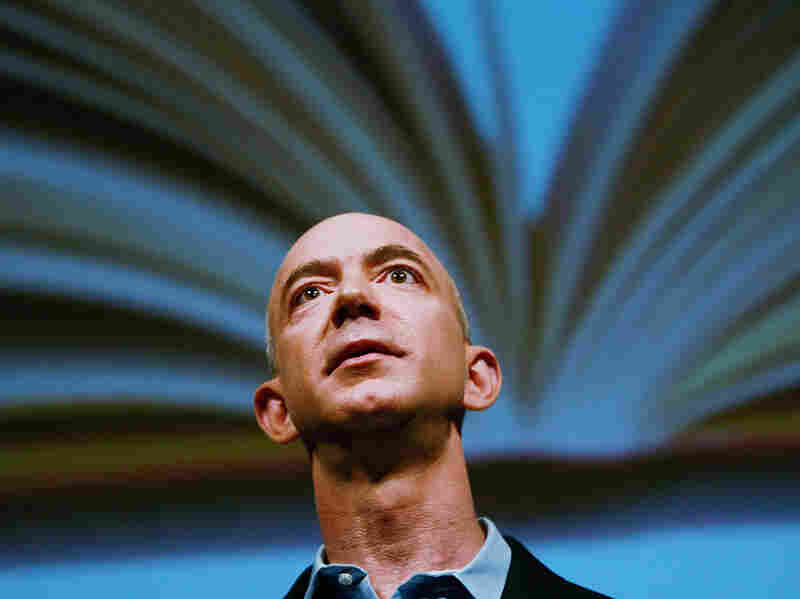 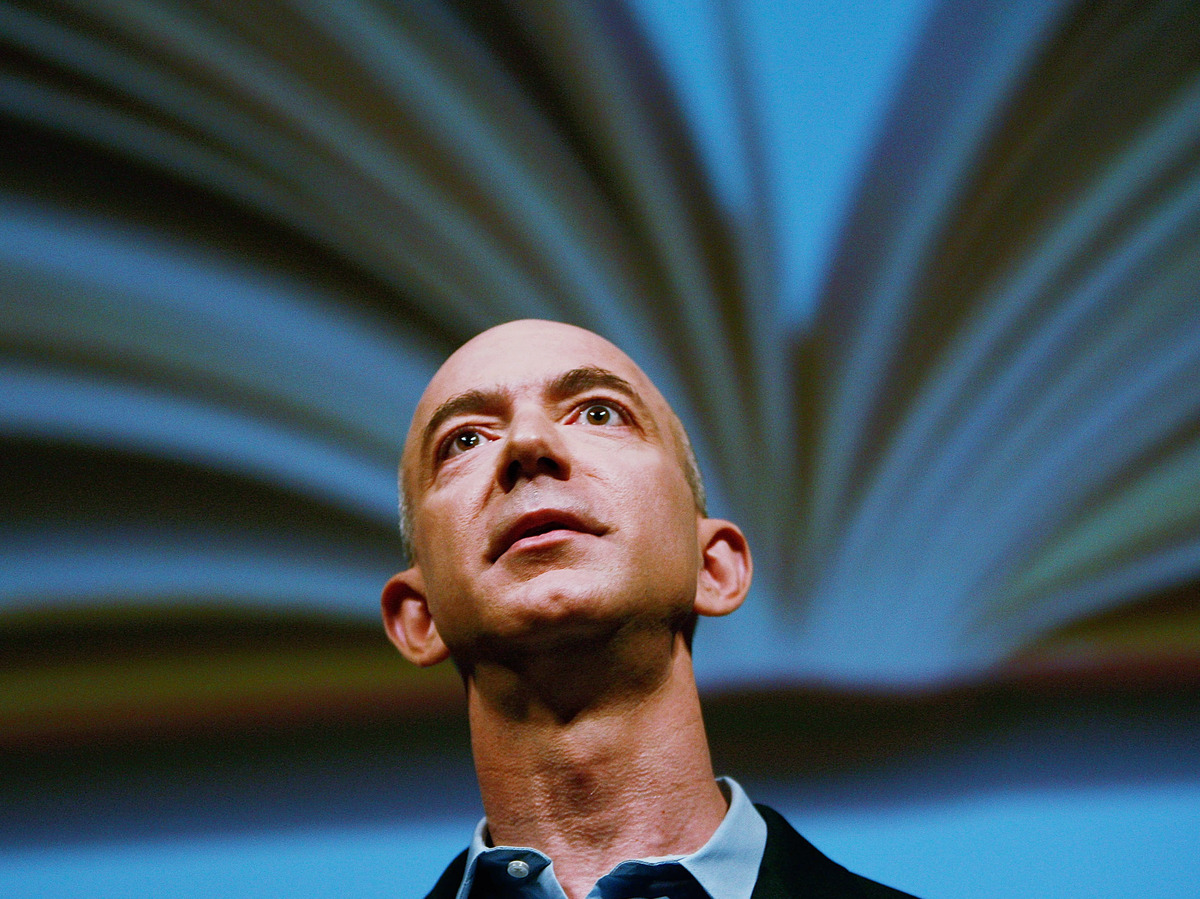 Amazon.com founder and CEO Jeff Bezos speaks at a 2009 event in New York unveiling a new version of the Amazon Kindle.