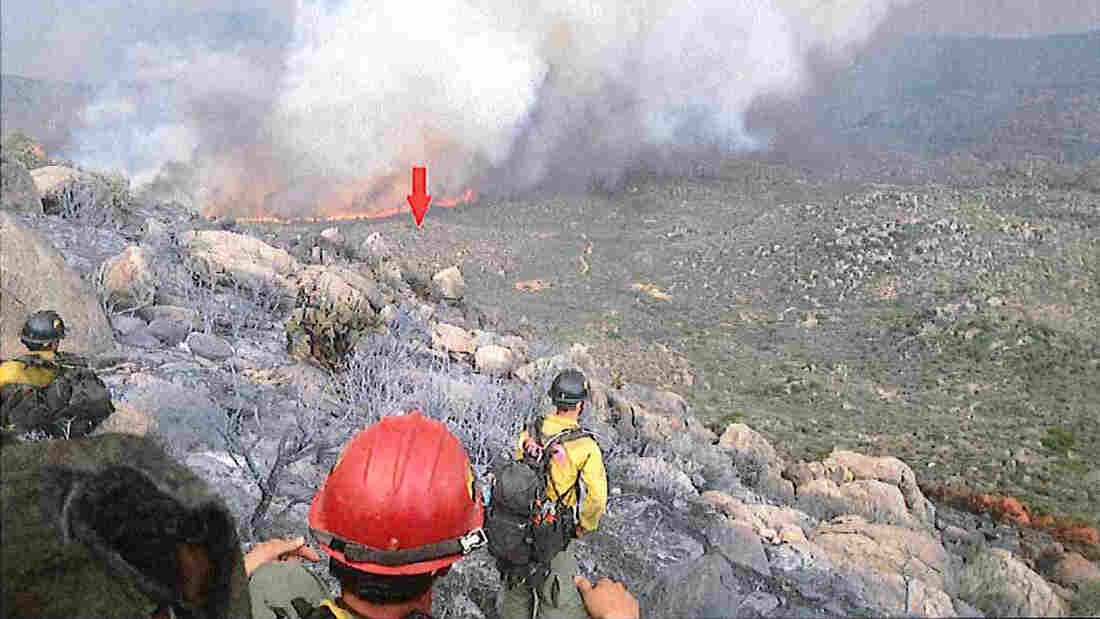 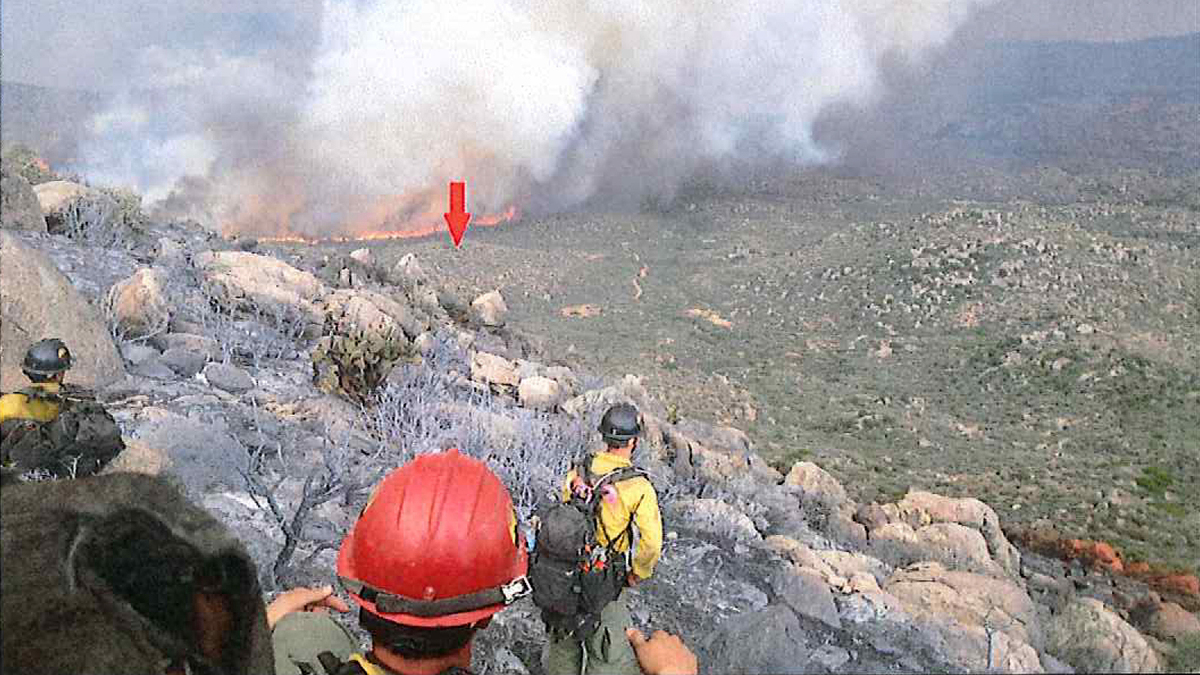 A photo taken by the Granite Mountain Hotshots on June 30 shows their position on a ridge, with a red arrow indicating the original location of their lookout. The crew's lookout was the only team member to survive the fire.

An Arizona employee safety agency has fined the state's forestry division $559,000 for its failures in handling the Yarnell Hill wildfire, which killed 19 elite firefighters from the city of Prescott this summer.

"The agency concluded that State Forestry placed a higher priority on protection of homes and property than firefighter safety," reports the Prescott Daily Courier.

The Arizona Industrial Commission imposed multiple fines on the forestry unit, with the largest coming for "willful serious" violations that left firefighters in dangerous positions after efforts to contain the blaze proved ineffective. The fines were recommended by the state's Division of Occupational Safety and Health.

A safety agency report found that a total of 81 firefighters were "unnecessarily and unreasonably" placed in perilous conditions, leaving them vulnerable to smoke inhalation, burns and death — including the 19 members of the Granite Mountain Interagency Hotshot Crew who perished June 30.

The forestry agency failed to remove firefighters even after they learned that "suppression of extremely active chaparral fuels was ineffective and that wind would push active fire towards non-defensible structures," the report states.

Other violations centered on uneven staffing, as a supervisor, a safety officer and a planning chief were found to have been either late or absent the day the firefighters died, according to the report.

As the Daily Courier notes, Arizona Forestry officials "failed to remove downwind firefighters when incident commanders evacuated their own post at 3:30 p.m. on June 30."

The agency conclusions clash with the findings of an extensive report by the Arizona State Forestry Division, which said in September that its investigation "found no indication of negligence, reckless actions, or violations of policy or protocol."

The main problems identified in the Forestry Division's report centered on breakdowns in communications during the fire.