Accessibility links
Prosecutor: No Charges Against FSU Quarterback Jameis Winston : The Two-Way The Seminoles QB and Heisman trophy front-runner has been facing allegations that he sexually assaulted a female FSU student in December 2012, prior to his college career. 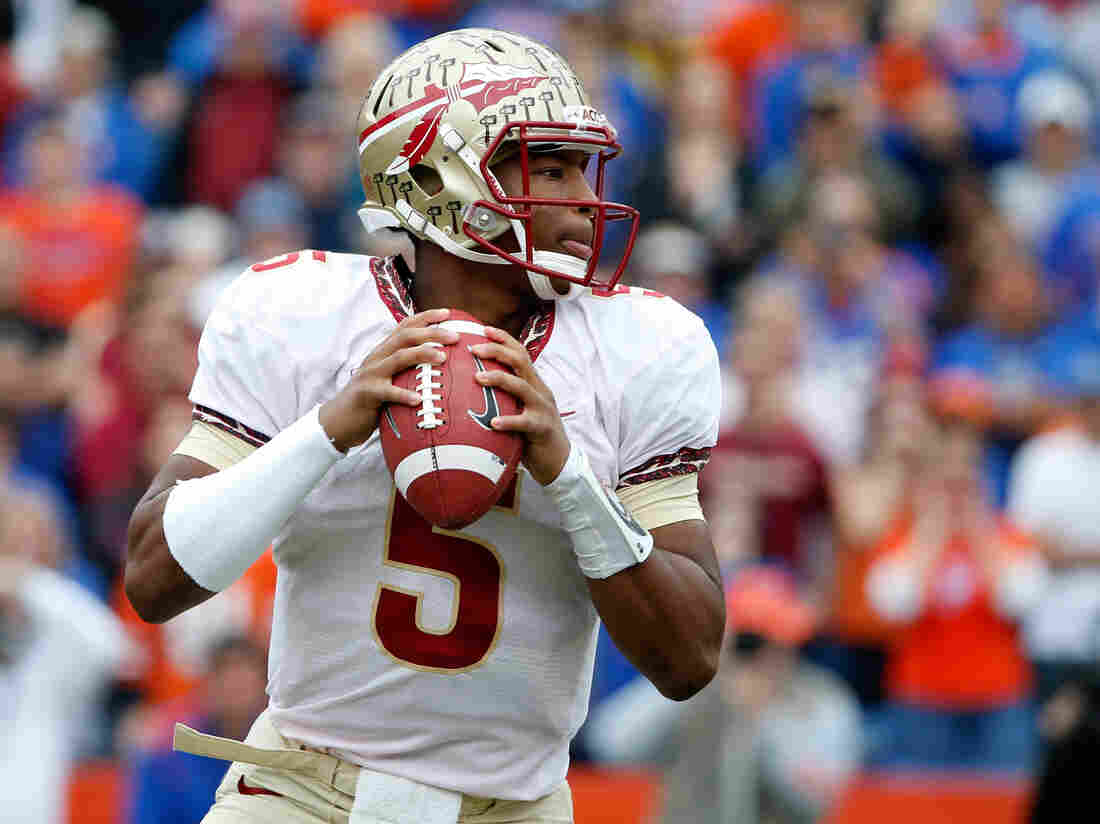 Jameis Winston of the Florida State Seminoles attempts a pass during the game against the Florida Gators on Nov. 30. Sam Greenwood/Getty Images hide caption 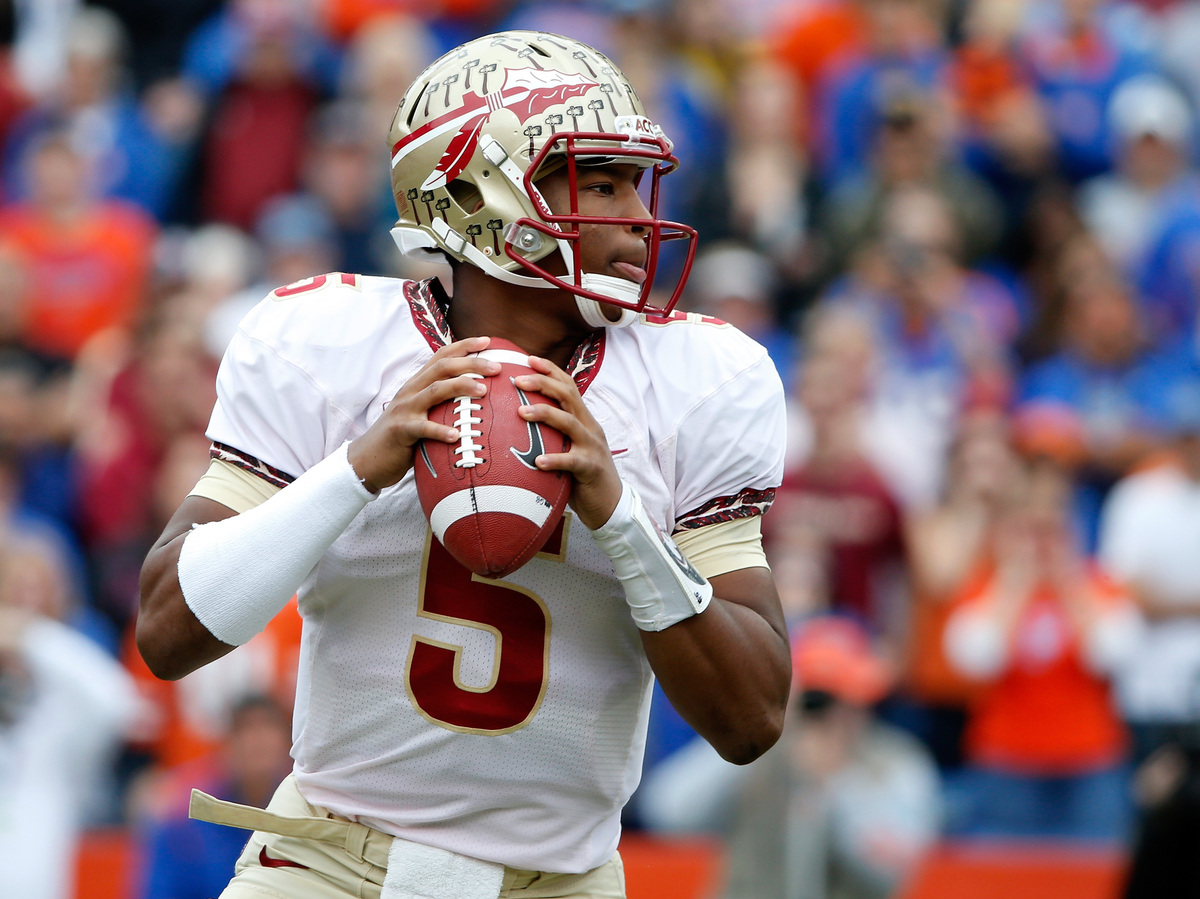 Jameis Winston of the Florida State Seminoles attempts a pass during the game against the Florida Gators on Nov. 30.

Florida State University quarterback Jameis Winston, considered a Heisman Trophy front-runner, will not be charged with rape, the state attorney, Willie Meggs, announced Thursday after an investigation into the allegations.

Freshman Winston, who led his team to the national polls, has been facing allegations that he assaulted a female FSU student in December 2012, prior to his college career.

Winston's attorney, Tim Jansen of Tallahassee, has contended that his client had consensual sex with the woman.

On Thursday, Meggs, who is the state attorney for the Second Judicial Circuit, said prosecutors did not feel they had enough to make a case against Winston.

"We've carefully examined all the evidence in this case and have concluded that no charges will be brought against anyone in this case," he said.

"The alleged assault occurred nearly a year ago, but it wasn't until last month that Tallahassee police turned over information about the case to prosecutors."

"Meggs said Wednesday his office had 'exhausted all investigative tools' since the case was handed over in mid-November."

After Meggs' office took over the case, investigators took DNA from Winston, interviewed the victim and looked at other evidence, the AP says.

"Search warrants in the case were released before Meggs' announcement and indicate the woman told police she was raped at an apartment after a night of drinking at a bar. In the warrant, the accuser says she and friends had shots at Potbellys and her 'memory is very broken from that point forward.' "

"Meggs said that toxicology reports show the accuser had a blood alcohol level of 0.04 and that there was no evidence of drugs, including what are commonly referred to as date rape drugs."

"According to the warrants, the accuser says she remembers being in a cab with a man and going into an apartment before she was raped."

"After that, she remembers the suspect dressing her, putting her on a scooter and dropping her off at an intersection, but she had no idea where the alleged rape occurred."