Accessibility links
LISTEN: Two Mandela Speeches That Made History : The Two-Way There are two speeches delivered by the late Nelson Mandela that changed the course of history and cemented his legacy as one of the most revered leaders of our time. 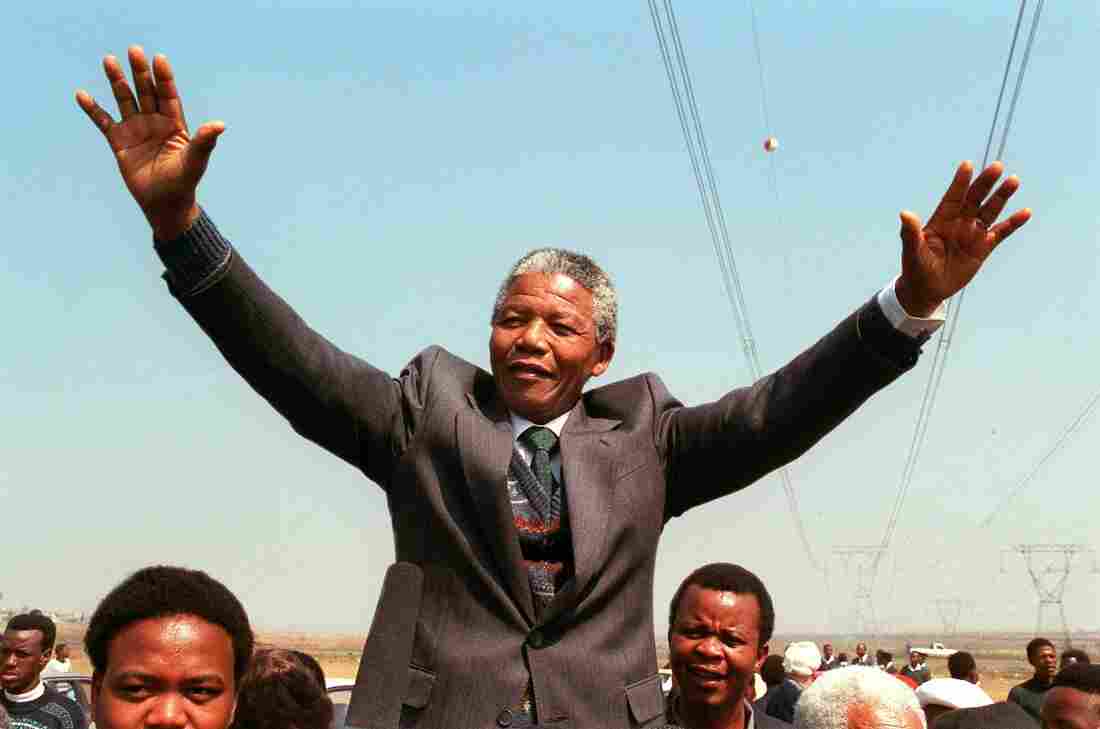 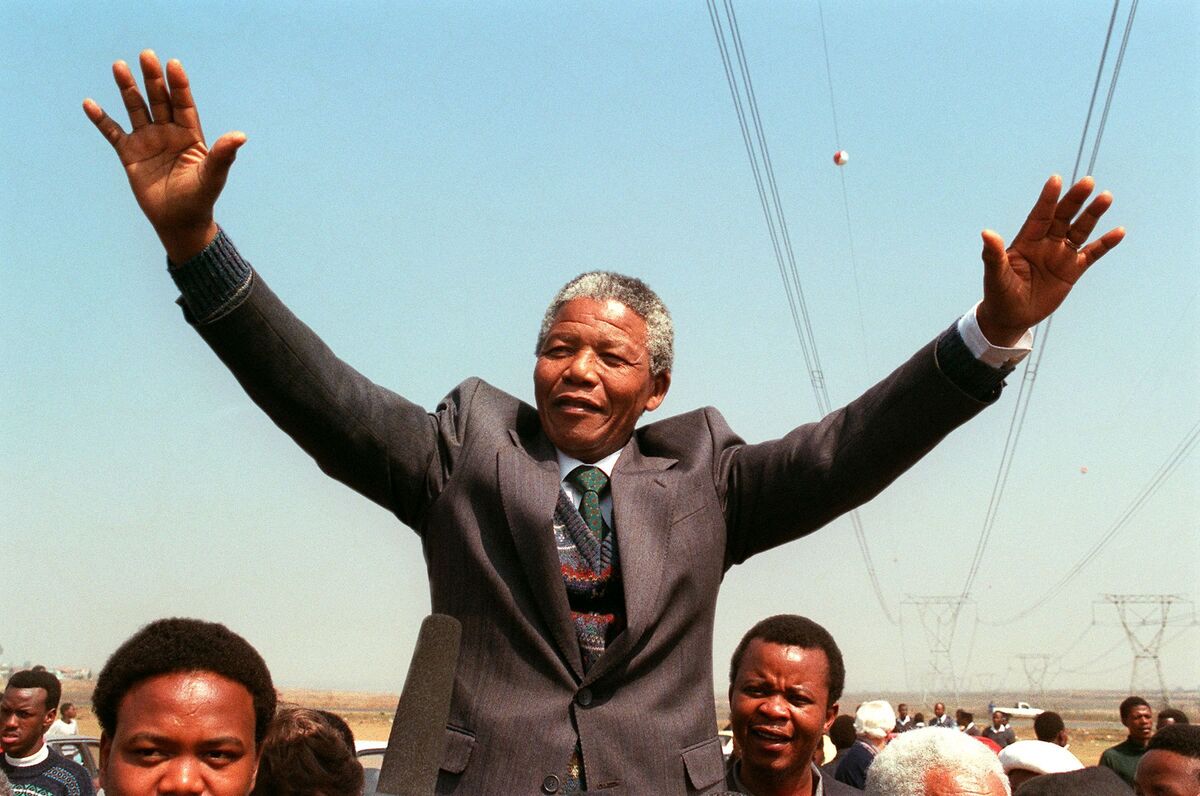 There were two speeches Nelson Mandela delivered that changed the course of history and cemented his legacy as one of the most revered leaders of our time.

The first happened in 1964, when Mandela was put on trial for sabotage and conspiracy to overthrow the state. The second is the speech Mandela gave in 1994 when he was inaugurated as president.

As The New York Times explains it, Mandela along with other members of the South African National Congress (ANC) decided to admit they tried to bring down the regime, but while doing so, they would also put on trial the systematic racism put in place by the white regime.

During the nearly four-hour speech to open the trial that would see him sentenced to 27 years in prison, Mandela laid out the plight of blacks in South Africa. But he also spoke of how blacks and whites had shared dreams. The Times quotes Mandela's biographer as saying that the speech — "the most eloquent of his life" — established Mandela not just as a leader of the ANC, but as the leader of the "international movement against apartheid."

We've isolated the final 10 minutes of the speech, which are the most emotional part. It ends with the coda that Mandela is best remembered for:

The lack of human dignity experienced by Africans is the direct result of the policy of white supremacy. White supremacy implies black inferiority. Legislation designed to preserve white supremacy entrenches this notion. Menial tasks in South Africa are invariably performed by Africans. When anything has to be carried or cleaned the white man will look around for an African to do it for him, whether the African is employed by him or not. Because of this sort of attitude, whites tend to regard Africans as a separate breed. They do not look upon them as people with families of their own; they do not realise that we have emotions — that we fall in love like white people do; that we want to be with their wives and children like white people want to be with theirs; that we want to earn money, enough money to support our families properly, to feed and clothe them and send them to school. And what 'house-boy' or 'garden-boy' or labourer can ever hope to do this?

Pass laws, which to the Africans are among the most hated bits of legislation in South Africa, render any African liable to police surveillance at any time. I doubt whether there is a single African male in South Africa who has not at some stage had a brush with the police over his pass. Hundreds and thousands of Africans are thrown into jail each year under pass laws. Even worse than this is the fact that pass laws keep husband and wife apart and lead to the breakdown of family life.

Poverty and the breakdown of family life have secondary effects. Children wander about the streets of the townships because they have no schools to go to, or no money to enable them to go to school, or no parents at home to see that they go to school, because both parents, if there be two, have to work to keep the family alive. This leads to a breakdown in moral standards, to an alarming rise in illegitimacy, and to growing violence which erupts not only politically, but everywhere. Life in the townships is dangerous. There is not a day that goes by without somebody being stabbed or assaulted. And violence is carried out of the townships into the white living areas. People are afraid to walk alone in the streets after dark. Housebreakings and robberies are increasing, despite the fact that the death sentence can now be imposed for such offences. Death sentences cannot cure the festering sore.

Above all, My Lord, we want equal political rights, because without them our disabilities will be permanent. I know this sounds revolutionary to the whites in this country, because the majority of voters will be Africans. This makes the white man fear democracy.

But this fear cannot be allowed to stand in the way of the only solution which will guarantee racial harmony and freedom for all. It is not true that the enfranchisement of all will result in racial domination. Political division, based on colour, is entirely artificial and, when it disappears, so will the domination of one colour group by another. The ANC has spent half a century fighting against racialism. When it triumphs as it certainly must, it will not change that policy.

During my lifetime I have dedicated my life to this struggle of the African people. I have fought against white domination, and I have fought against black domination. I have cherished the ideal of a democratic and free society in which all persons will live together in harmony and with equal opportunities. It is an ideal for which I hope to live for and to see realised. But, My Lord, if it needs be, it is an ideal for which I am prepared to die.

As we know, Mandela did make it out of Robben Island. Remarkably, he went from being an accused terrorist to leading the country through its first free elections and becoming its first black president.

In 1994, he delivered his inaugural address, and instead of launching accusations at the white regime that had incarcerated him and oppressed his people for hundreds of years, he preached reconciliation.

"The time for the healing of the wounds has come," he said. "The moment to bridge the chasms that divide us has come. The time to build is upon us."

"Never, never and never again shall it be that this beautiful land will again experience the oppression of one by another and suffer the indignity of being the skunk of the world.

"The sun shall never set on so glorious a human achievement