Accessibility links
Another Winter Storm Moves East: More Snow, Ice Expected : The Two-Way The cold killed four people in California and an ice storm turned North Texas into a skating rink. More of the same is expected during a second round of storms this weekend. 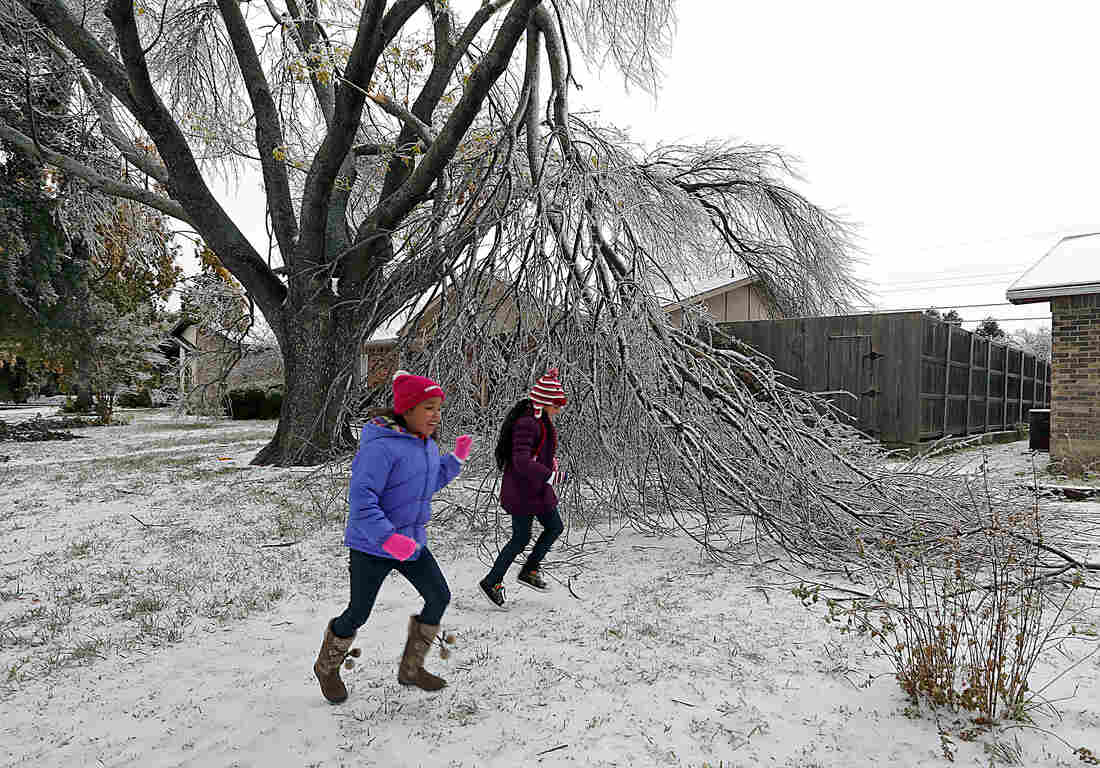 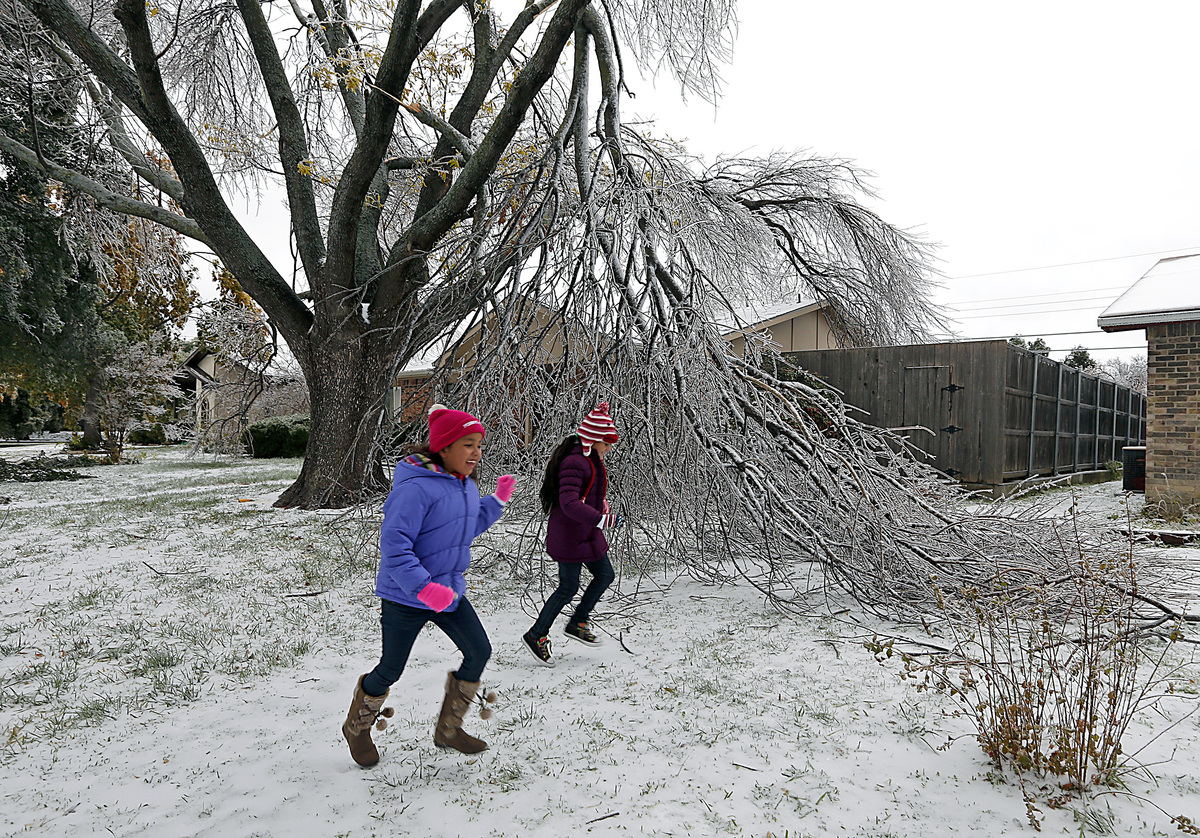 Six-year-old Enari Hernandez (left) and her cousin Maritza Jimenez, 6, play in front of a damaged tree in their neighbors yard on Saturday in Plano, Texas.

After a significant winter storm dumped a mixture of snow and ice across the country's midsection, another gruesome storm is moving east and meteorologist say the Eastern Seaboard should prepare for the kind of conditions that paralyzed cities in Texas, Oklahoma, Tennessee, Arkansas and Missouri.

The Associated Press reports that in California, four people were killed because of the cold and the NBC affiliate in Dallas reports that 103,000 people in North Texas remain without power.

The weather caused cancellations of flights and the Dallas Marathon. Temperatures, reports KERA, are expected to dip into the teens.

"Meanwhile, around 7 inches of snow fell in northeast Arkansas and the Missouri boot heel, according to the National Weather Service in Memphis. Ice accumulated on trees and power lines in Memphis and the rest of West Tennessee after layers of sleet fell throughout the region Friday.

"The storm dumped a foot of snow and more in some areas of Illinois, with police scrambling to respond to dozens of accidents and forced scores of schools to remain closed."

As for what's to come, the National Weather Service has issued winter storm warnings and watches for parts of Ohio, North Carolina, Virginia and Maryland.

The Weather Channel says that as the new storm moves east, it will dump up to a foot of snow in some parts of the West and then start wrecking havoc in nation's midsection on Sunday. They report:

"Washington, D.C., Baltimore and Philadelphia could all see a few inches of snow followed by a transition to sleet and freezing rain on Sunday. In addition to hazardous travel, there could be some power outages and broken tree limbs depending on how much freezing rain accumulates. This wintry mix will eventually changeover to rain Sunday night into Monday.

"A wintry mix will also develop in New York City Sunday night before changing to rain by Monday.

"Significant icing is possible to the lee of the Appalachians as cold air gets dammed up against the mountains. The I-81 corridor from Virginia northward through Pennsylvania could see significant impacts. Accumulating ice is also possible as far south as northwest North Carolina. Travel will likely be dangerous and power outages are possible."