Accessibility links
Obama: History Tells Us Sanctions, Threats Won't Make Iran Cave : The Two-Way In an in-depth talk at the Saban Forum, President Obama explained his calculations when it came to negotiating with Iran over its nuclear program. 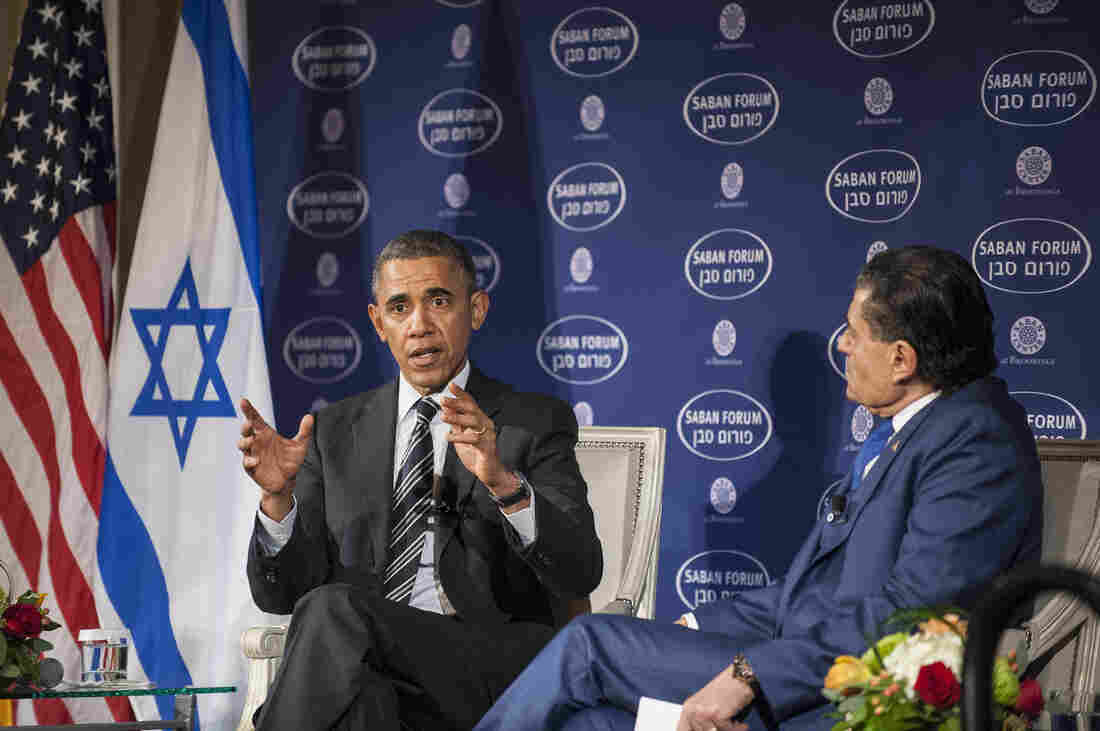 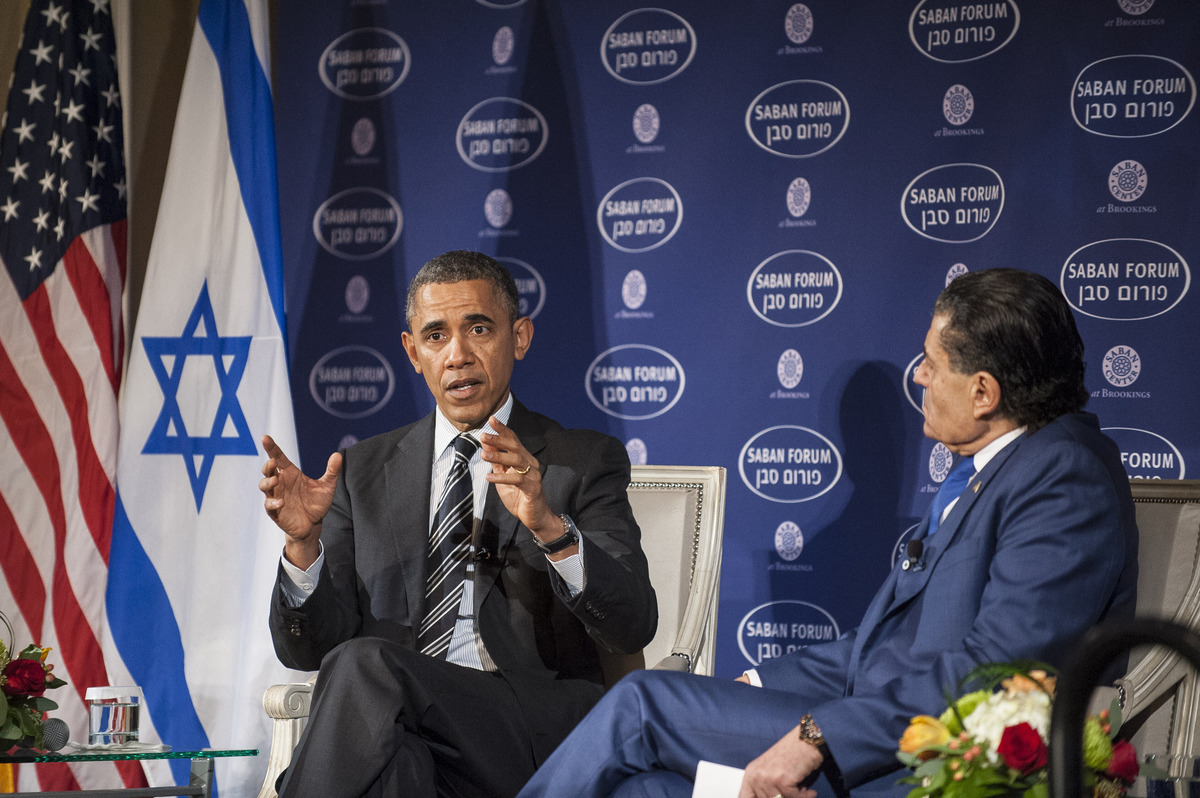 President Obama participates in a conversation with Saban Forum Chairman Haim Saban at the 10th annual Saban Forum on Saturday.

During an hour-long talk at the Brookings Saban Forum 2013, President Obama explained his calculations as it relates to peace in the Middle East and negotiating with Iran over its nuclear program.

If you want to get an idea of how the president weighs complicated issues like the Israeli-Palestinian talks and the situation in Syria, you should give the whole talk a listen.

-- On Secret Talks With Iran: Obama did not deny reports that the U.S. held secret talks with Iran that ultimately led to the Geneva accord, which called for a six-month halt of some aspects of Iran's nuclear program.

"The truth is — without going into details — is that there weren't a lot of secret negotiations," Obama said. "Essentially what happened, and we were very clear and transparent about this, is that from the time I took office I said we would reach out to Iran and we would let them know we're prepared to open up a diplomatic channel."

Obama said the talks did not "get highly substantive" at first and the U.S. was just trying to feel out "how much room" the Iranians had "to get something done."

Once the talks became technical, "they converged" with the P5+1 talks that resulted in the Geneva accord.

"I think that understates the shift in politics that took place in this election," Obama said. He continued:

"We have to not constantly assume that it's not possible for Iran, like any country, to change over time. It may not be likely. If you ask me what is the likelihood that we're able to arrive at the end state ... I wouldn't say that it's not more than 50-50, but we have to try."

-- The Difference Between U.S. and Israel: On multiple occasions, Obama said the U.S. and Israel agree on the end goal: Iran should not attain a nuclear weapon. But he also said there are areas in which Israel and the U.S. have "significant tactical disagreements."

The Geneva deal is one of those. Israeli Prime Minister Benjamin Netanyahu, for example, called the deal a "historic mistake."

Obama said the U.S. and Israel have made different calculations.

"I think what it comes down to is the perception potentially that if we just kept turning up the pressure, new sanctions, more sanctions, more military threats, that eventually Iran would cave," Obama said.

But, he added, history tells us that calculation "does not reflect an honest understanding of the Iranian people and the Iranian regime." More sanctions, more military threats, therefore, will only yield more of the same, he said.

Obama said Iran needs to be given a "dignified resolution" to this issue.

For the U.S. to present a door that serves its goal and purposes, but gives Iran an opportunity to re-enter the international community in a dignified way, Obama said, is "an opportunity that we should grant them."