Accessibility links
In Kiev, Protesters Topple Statue Of Vladimir Lenin : The Two-Way Thousands of protesters are calling for the ouster of their president, who wants closer ties with Russia. Ukraine has seen daily protests for more than two weeks now. 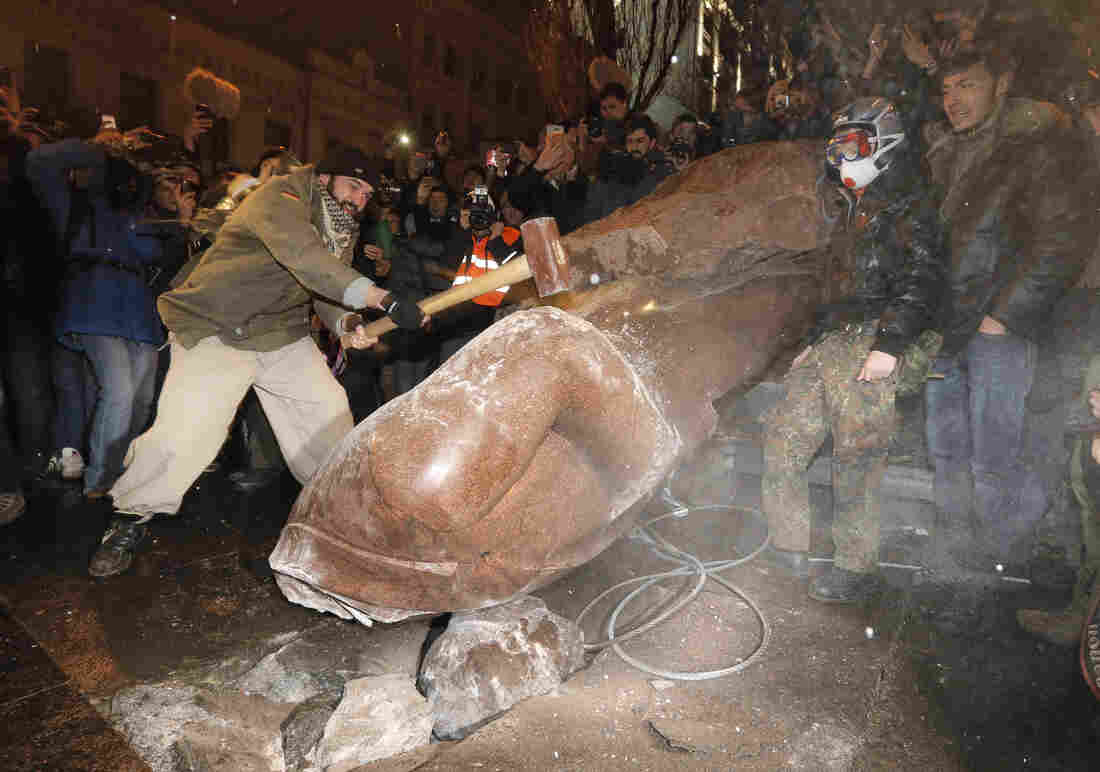 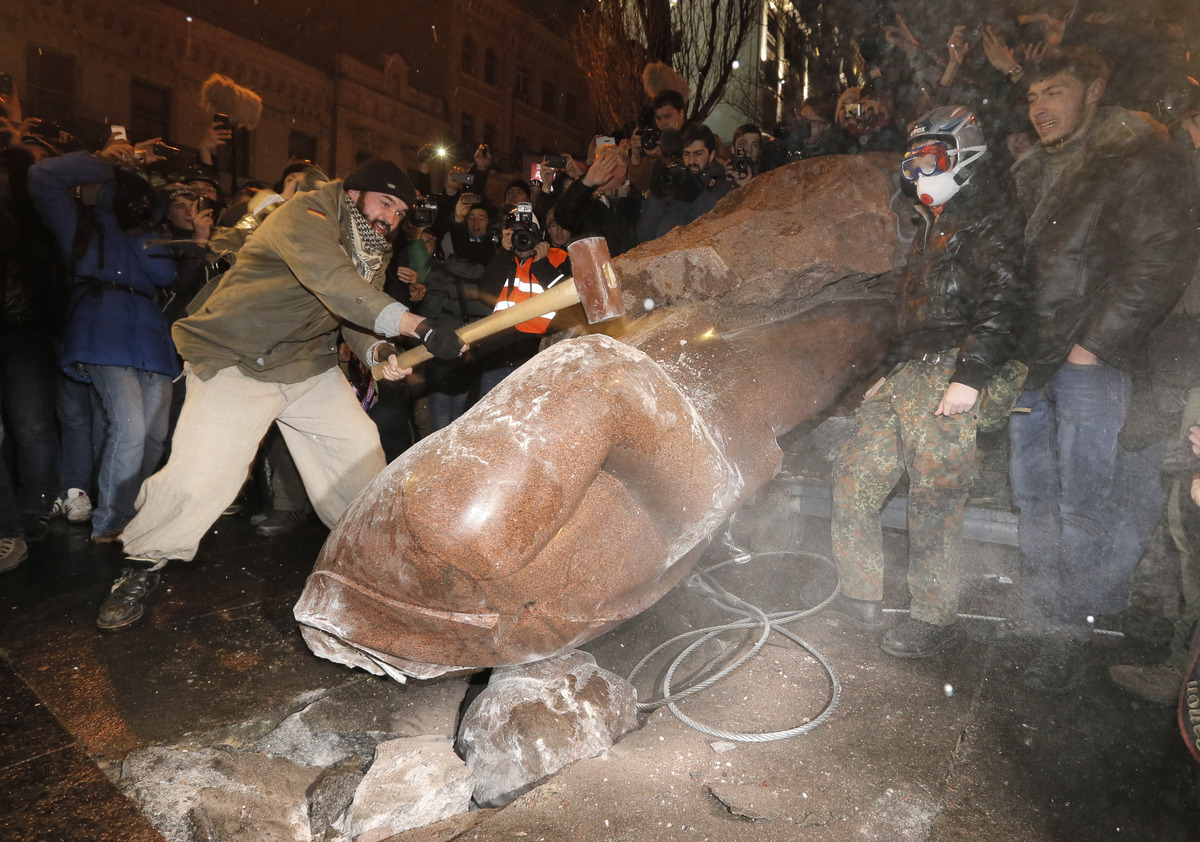 Ukrainians break a monument of Vladimir Lenin in center Kiev, Ukraine, on Sunday.

Anti-government protesters in the Ukrainian capital of Kiev have toppled a statue of Bolshevik leader Vladimir Lenin.

Instagram user Arthur_potachik posted this video of the moment:

NPR's Corey Flintoff, who is in Kiev, told our Newscast unit earlier today that opposition groups in the country are calling for a million people to rally against government plans to forge stronger ties with Russia.

"Thousands of protestors have been camping out here in Kiev's central square, but organizers are calling on people from around the country to join them," Corey said. "The protest started as a response to President Viktor Yanukovych's decision to reject a trade and political deal with the European Union."

The EU deal would require Ukraine to make democratic reforms.

The AP reports that protesters today dragged the Lenin statue off its pedestal, decapitated it, and then took turns beating it with a sledgehammer, while the crowd chanted, "Glory to Ukraine."

Lenin, of course, is the Russian communist revolutionary whose embalmed body is still on display in Moscow's Red Square.

Sky News reports that the 11-foot statue was erected in 1946 just after the end of World War II. The network adds that the leading opposition politician said the toppling was not planned by the main demonstrators who have taken over Independence Square in Kiev.

"We can say that people organized themselves," Andriy Shevchenko told Sky.

Russia Today has posted a higher-quality video of the moment: